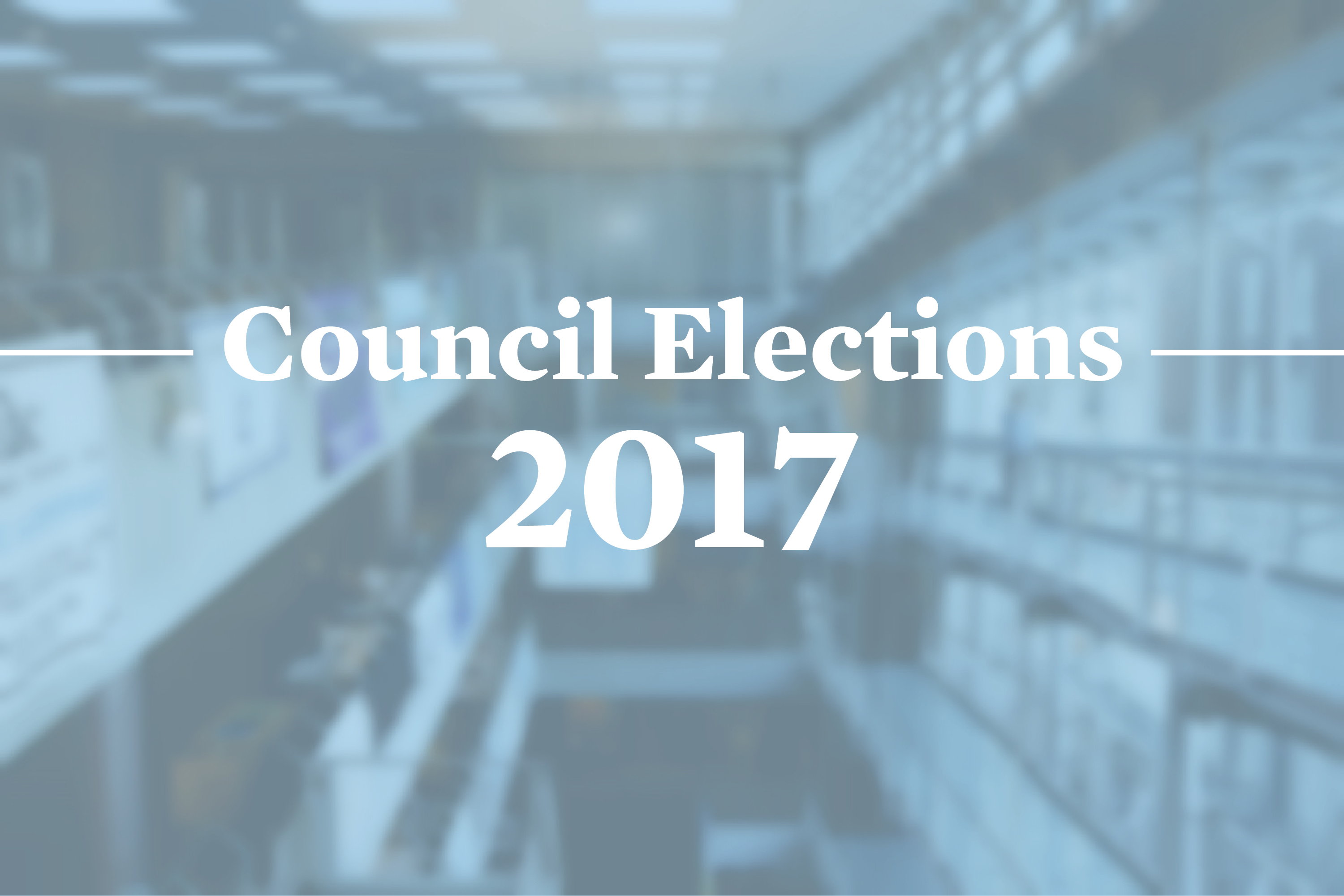 CCSC candidates for president and vice president for policy are tied to their parties, while SGA candidates can run independently, regardless of position. As we said in our ESC and GSSC endorsements, the Editorial Board’s ideal candidate is not only competent and capable of leading, but also has a strong vision, specific and feasible ideas, an understanding of administrative channels, and is undeniably inspiring.

As such, after inviting the candidates to personally speak with us and thoroughly evaluating their platforms, the Editorial Board presents the following recommendations for CCSC and SGA.

We endorse Omar Khan, CC ’18, for Columbia College University Senator. Each candidate presented a very different vision for the position, and all could have benefited from a better understanding of administrative channels and precedents. Ultimately, however, we concluded that Khan would best advocate for a number of diverse student voices to the University Senate. His platform focused on particularly relevant issues, such as mental health, and support for low-income students, students of color, and LGBTQ students. While we have some reservations about the feasibility of some of his goals, such as full fossil fuel divestment, he seemed to be grounded, reasonable, and capable of representing the interests of his constituency.

While Sam Ackerman, CC ’18, had a compelling presentation and seemed capable of executing many of the smaller points on his platform, we were concerned about the feasibility of some of his larger points, primarily one that would mandate faculty mentorship for every seminar class. We also felt many of his ideas, while thoughtful, were not particularly focused on addressing specific community concerns.

Alfredo Dominguez, CC ’19, exhibited a passion for issues such as mental health, low-income students, and community service. However, while he had a notion of the wide array of campus concerns, his platform revolved around pointing out problems more than presenting tangible solutions.

Note: Rébecca Ausseil recused herself from the Columbia College University Senator endorsement because of her relationship with some of the parties involved.

We commend Grassroots Columbia for running on a platform that opposes the popularity contest of student elections and pledges to listen to students who feel they don’t have a voice in student government. However, the party lacked the specificity of solutions and the cohesion in party dynamic necessary for an effective executive board.

While Mendelson and Santiago proposed some appealing solutions to mental health and student accessibility issues and seemed prepared for potential administrative setbacks, their focus on reinstating a fall Bacchanal seemed ill-founded considering the more pressing, serious issues the student body faces. They came prepared to answer questions on the financial feasibility of their primary platform point. One of their deflections—an acknowledgment that many of their expensive initiatives, such as creating a 24-hour rape crisis center and expanding CPS and Health Services’ hours to 24 hours, very well may not come to fruition—led us to believe that much of their platform was founded on gaining votes without necessarily implementing change.

Rosin and Allicock had some platform points that seemed ill-conceived considering their abundant student council experience, particularly the unfeasible point of shrinking the Core syllabus. However, many of their ideas were grounded and tackled pertinent issues. We have some reservations regarding their ability to increase transparency, as both Rosin and Allicock have been on executive council and have failed to enact any major change in that regard. Nevertheless, we ultimately concluded that Rosin and Allicock had a knowledge of the administration and a balance of proposed ideas that exceeded those of the other parties running.

We offer no endorsement for Vice President for Finance. Adam Resheff, CC ’19, had a platform centered around his party’s goal of fall Bacchanal, and Heloise Taillet, CC ’18, could not meet with us.

Both Sreya Pinnamaneni, CC ’20, and Wesley Hu, CC ’20, seemed ill informed of administrative structures and lacked compelling specifics in their platforms. As such, we offer no endorsement.

We endorse Vikramaditya Kapur, CC ’18, for Vice President for Campus Life. While both Alex Cedar, CC ’19, and Kapur had solid ideas on how to maximize use of campus space and increase a sense of community through council-sponsored events, Kapur impressed us with his TEDx Columbia initiative and his varied, specific ideas on how to widen community events. We commend Cindy Liu, CC ’18, for her passionate, bottom-up approach to fostering change at Columbia, but we found her platform too vague.

While Angela Beam, BC ’18, is running unopposed, we were impressed with both the quality of her ideas and the grounded nature with which she presented them. She anticipated all of our questions when presenting her platform and ultimately inspired us with her experience and passion for the Barnard student body. We wholeheartedly endorse Beam for SGA Student Body President.

Note: Angela Beam is a former Spectator staff cartoonist. Rébecca Ausseil recused herself from the SGA President endorsement because of her relationship with the party involved.

With her prior accomplishments in student council, Joanne Kim, BC ’18, demonstrated a capability to lead and execute policy. Likewise, her platform showed an understanding of the policy needs of the student body without presenting any false promises. Her representation of the voices of computer science students at Barnard will also be an important addition to the council as the college looks to create its own computer science major. As such, we endorse Kim for Vice President of Policy.

We endorse Rhea Nagpal, BC ’19, for Vice President of Communications. Her experience on the diversity task force showed a nuanced understanding of administrative bureaucracy, and we commend her concentration on transparency, which has been a particular issue surrounding the current SGA council.

After speaking with Aku Acquaye, BC ’18, who is running unopposed for Vice President of Campus Life, we were assured that her experience in class council will equip her well for both understanding and anticipating issues of campus life. In particular, we valued her concern for accessibility, diversity, and sustainability with regard to the Barnard community. Thus, we endorse Acquaye for VP of Campus Life.

The candidate for VP of Finance did not choose to meet with us, thus we offer no endorsement.

Representative for Food and Dining: Sarah Broniscer, BC ’20

Representative for Inclusion and Equity: No endorsement offered

Representatives for Arts and Culture, Academic Affairs, Campus Affairs, Information and Technology, and Health Services did not choose to meet with us. Thus, we offer no endorsements.

We endorse Sarah Broniscer, BC ’20, for Representative for Food and Dining. We wholeheartedly support her idea to better label foods at Barnard for allergens and to provide a wider range of kosher and halal options. In addition, her regard for food insecurity showed us that she is cognizant of both the small and large food-related problems that the Barnard community faces.

Both candidates we met with for Representative for Inclusion and Equity—Sandy Gooen, BC ’18, and Kashaf Doha, BC ’19—had unique solutions to particular facets of inclusion at Barnard that merit consideration. Gooen’s platform revolved around trans issues, including faculty education and gender-inclusive bathrooms. However, when pressed, much of Gooen’s ideas for implementation were vague. Doha had more specificity in her platform but only considered low-income and international students. Yeabsira Asrat, BC '19, did not choose to meet with us. While the title is vague, we believe that the role of an Inclusion and Equity Representative requires a candidate who considers broader community needs. As both candidates who met with us presented single-issue platforms, we offer no endorsement.

Sylvie Rosen, BC ’19, exhibited a passion for sustainable initiatives and had a thorough plan of how to create a large-scale compost project for the college. However, we worry that her platform presented only one initiative with which to approach sustainability. Nicki Franks, BC ’20, did not choose to meet with us. Therefore, we offer no endorsement for the Representative for Sustainable Initiatives.

Candidates for Barnard University Senator chose not to meet with us, thus we offer no endorsement.

The authors are members of Spectator's 141st managing board. Jessica Spitz and Aaron Holmes recused themselves from contributing to this editorial due to their continued coverage of the elections.

Note: After corresponding with the Columbia Elections Board, we have removed our endorsements of at-large CCSC representatives. In accordance with the CEB rules, student groups can only endorse candidates for senator and executive board. As Spectator is not technically a student group, and this issue was not brought to our attention after we made the same endorsements for ESC and GSSC, we moved forward with CCSC representative endorsements. However, the piece has been amended to reflect the current rules.

To respond to this staff editorial or to submit an op-ed, contact opinion@columbiaspectator.com.