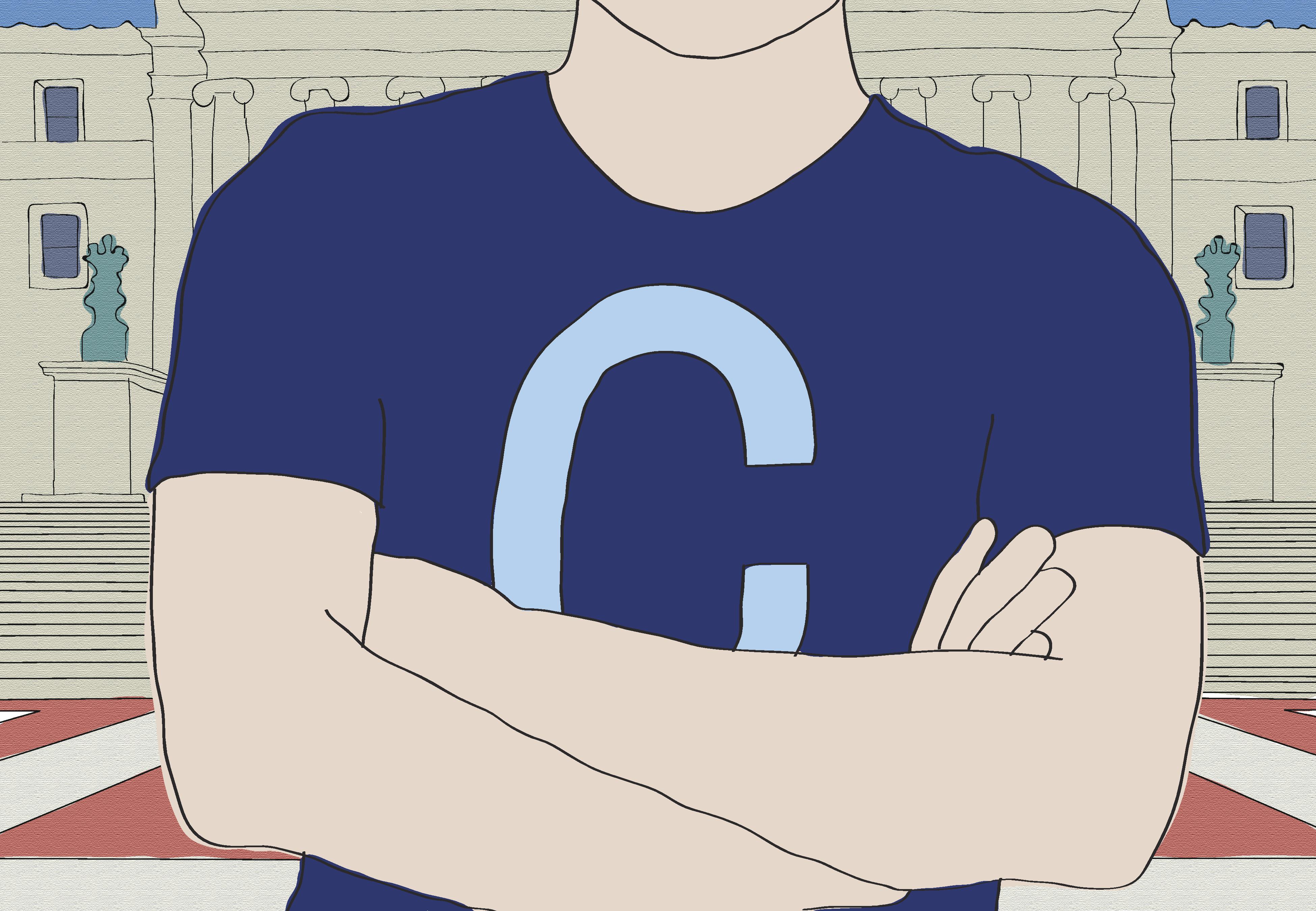 Columbia, so the story goes, is ideologically homogenous. It seems that we all hold political viewpoints that fall somewhere between mainstream Democratic politics and Marxism; as a result, our school—and this paper’s opinion section—are often, and not without reason, characterized as liberal echo chambers.

But even though most voices on campus seem to be liberal, the common and comfortable assumption of liberal homogeneity is flawed. It was Under1Roof where I began to learn this. Being in a Hamilton classroom for the first time, wedged between my fellow first-years with last names S through U, I sat meekly and listened, preparing myself to become a good, accepting college liberal. To my surprise—and dismay—my neighbor did not. He scoffed at gender pronouns and chuckled at microaggressions, while I sat thinking that surely he could not belong here.

It’s hard to respond to a scoff or a chuckle, so I didn’t. There was no argument to rebut with facts, logic, or emotional appeal; there was only a classmate of mine who refused to engage with the Under1Roof lesson plan. This refusal to engage with progressive social or political ideas, I later realized, is not particularly rare at Columbia: Plenty of students draw a firm distinction between the personal and the political and decline to participate in the latter.

Liberals on campus, armed with rational arguments, moral indignation, and—especially at Columbia—overwhelming numbers are relatively well-equipped for arguing against conservatives. But messier confrontations with peers who see their actions or beliefs as apolitical are much harder (just ask CCSC) and, as a result, much less common. One rare exception occurred last semester, after student protests occurred in response to revelations that seniors on the wrestling team had sent a long string of racist, homophobic, and sexist messages. What the protestors understood was that the wrestlers’ words, though not intended as political or social statements, nevertheless contributed to ongoing patterns of marginalization and were therefore unacceptable.

For the most part, though, we avoid this type of student-on-student confrontation. It is, after all, much easier to call out racial prejudice in the platform of a political party than in the words of a friend. To publicly question the Greek system—whether on grounds of sexual assault or any number of other issues, such as the perpetuation of race- and class-based discrimination—is to potentially endanger oneself socially. Similarly, critiquing legacy preference in college admissions risks offending friends who benefitted from it. Any issue in which the personal is political becomes fraught, and for many students, that distinction doesn’t exist in the first place.

There are, as always, no easy solutions. Perhaps liberal voices on campus should focus less on their beleaguered conservative opposition and more on the disengaged multitudes. After all, most Columbia graduates will have spent little time protesting on the steps or sitting in at Low Library, but as they ascend to global positions of power and prestige, we may wish that they had been more politically engaged while at Columbia.

And all of us could stand to critically examine the political and social ramifications of those decisions we ordinarily view as personal—from how we make our friends to how we talk about money. After all, when we begin to view our personal lives as a means by which we can effect change, there’s so much more that we can get done.

Ben Swanson is a Columbia College junior studying economics. He’s enjoyed writing for Spec this semester, thanks you for reading, and apologizes for gratuitous use of em-dashes and parentheses. Hit him up at bas2225@columbia.edu if you’d like. Urban Bushwhacking ran alternate Thursdays.