Fish out of water, everywhere

Fish out of water, everywhere 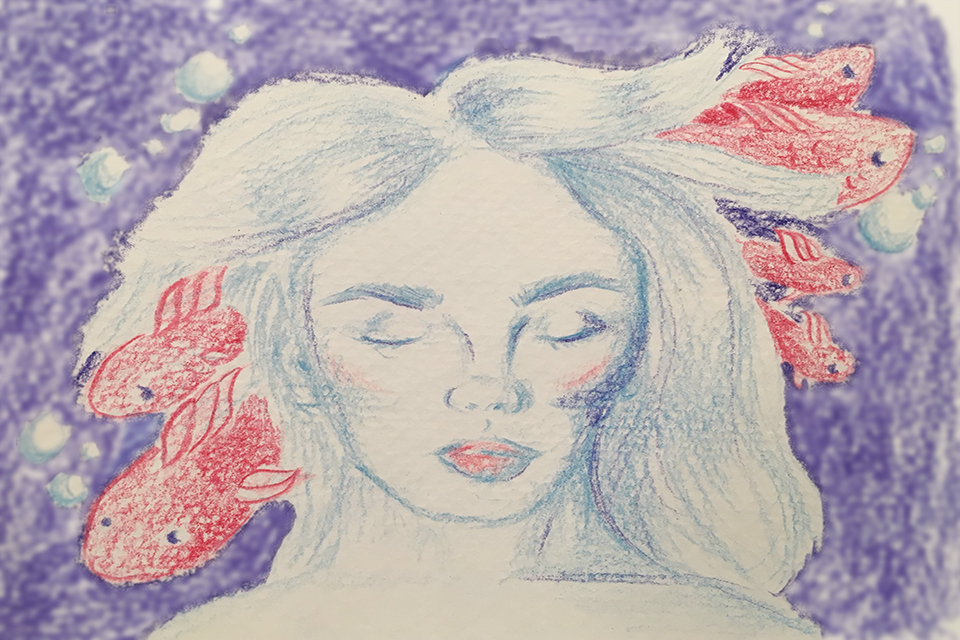 I tell Americans that I’m Australian. I say to Australians that I’m American. To everyone else, I introduce myself as Singaporean. The final identifier is usually followed up with my derisive grin and a glib, “Because I look just like what you’d picture a Singaporean to look like, right?” The implication being that, no, I don’t exactly embody the term “Singaporean” by ethnic and cultural definitions.

In terms of nationality, am I what I call myself? Am I allowed to decide, just like that? It’s a tricky question, one for people a lot smarter than me. Personally, I like the idea of identity, of neatly categorizing the world around me in order to give the illusion of structure and security. Things are never quite that simple, though. But I’m not insecure or upset about it—it’s difficult to be upset when not hailing properly from anywhere in particular has been the norm throughout my entire life.

There was a stifling ritual in middle school that the teachers performed to get me and all of my fellow students to characterize ourselves as third culture kids, those who spend their developmental years in locations that aren’t their parents’ homelands. This classification wasn’t considered a label or trophy to separate a few of my peers and me from the rest of the school—the teacher called every kid there, including myself, a “TCK.”

The teachers really wanted us to get it. We watched documentaries, drew abstract pictures of our perceptions of each other’s identities (a dangerous line for the less politically correct students).

I drew my abstract picture while quietly rejecting the definition for myself. It felt strange—like someone bragging on my behalf. TCK as a concept seemed more like an off-kilter stereotype, something to be included in a Buzzfeed listicle or a Guardian thinkpiece tragically romanticizing one’s own makeshift existence in a foreign culture, than a cornerstone of identity. My “identity,” in fact, was not something my tweenage brain had spent much time pondering.

All I knew was that I didn’t feel like a third culture kid. I still don’t. True TCKs have a set of boxes to tick that makes them such. They often move around and live in more than one country during their childhoods. In contrast, I was born and raised in one place (one house, even) my entire life. TCKs are often bi- or polylingual. As for me, the follow-up to, “Where are you from?” is often, “How many languages do you speak?” to which my stock answer has always been a reprise of the same sardonic smile and an, “Only fluent in English. Isn’t that just dreadful?” My blonde, New Jersey-born mother was once near-fluent in Mandarin. I could’ve been. Not that I’m bitter or anything.

Far from it, in fact. As a result of who I am, whoever that might be, I love apple pie, laksa, and kangaroo meat. (It’s okay—they’re pests.) I have the American accent, the Australian fanaticism for our far superior version of football, and the Singaporean kiasu wrath. I don’t know if I’ve ever actively felt truly American, or Australian, or Singaporean. Is there a warm, fuzzy feeling I’m supposed to have by proxy of nationality?

To Singaporeans, I’m an ang mo—an epithet for “white person” that can be used affectionately or offensively, depending on context. I don’t consider it discriminatory, because the term’s connotations are so unfortunately true. I can’t speak Singlish, the island’s Creole. I can’t stand chili sauce (I turn firetruck red) or chicken floss on my pizza. In fact, I only go to the hawker center, the massive local food court, for chicken rice. Ang mos are considered separate from locals—they’re not considered Singaporean.

Even with lifelong patriotic disassociation, it doesn’t really bother me that I don’t feel allegiance to anywhere in particular. Where’s the line, anyways? How “Australian” do I have to be before I qualify as “Australian”? And who hands me my Aussie merit badge? Is there a Richter or Kinsey scale model I could consult? I could climb up to the Mudd roof and scream, “WHO AM I?” into the void, but there are too many engineering students already up there doing that. I’m not sure what the answer is—who calls the shots on who you are? Why does an arbitrary measure exist for how much of something you are? Can’t you just be that thing? Are we ever anything, then? A final, nicely-worded, summative question that I can’t think of right this second?

Attending Columbia (all two-and-a-half weeks that I’ve been here) has caused me to reckon with my identity like never before. I’m still working on what makes me myself in the context of the new and still-unfamiliar crowd of people surrounding me, especially now that most of them aren’t obnoxiously labeled “TCK.” What am I, and as a result, what am I going to be? I can’t be the only one wondering this.

I can’t answer the second part, but as to an approximation of an answer to the first, I’ve come to the realization that I get to call the shots for myself now. We all do—no one has the right to tell us what we are and aren’t. No parents, no rules, indeed. I don’t believe people are recipes: a pinch of this, a dash of that. I can be wholly American, completely Australian, and entirely Singaporean as I define it for myself.

AJ McDougall is a Columbia College first-year hoping to major in English and a second subject that won’t get her a job either. She’s still wondering exactly how she ended up here. You Have My Word runs alternate Wednesdays.