The death of a revolution

The death of a revolution 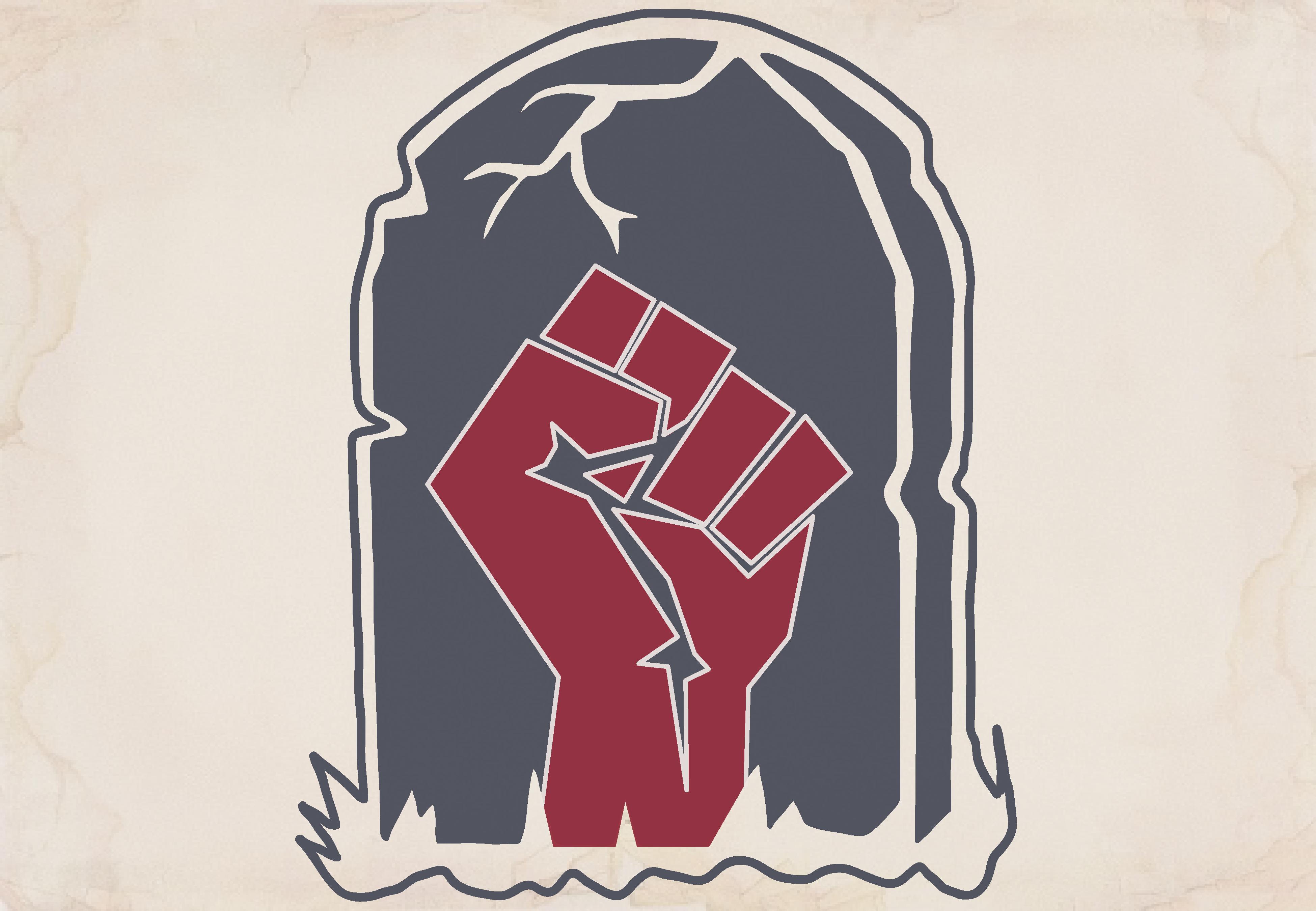 To preface a movement with “alt,” surely, is to presuppose that said movement is alternative: something different to what has come before, a new or original mode of thinking, a novel political standpoint that chooses to make its own rules rather than conform to those identities created before. Yet in both the so-called “alt-right” and the so-called “alt-left” or even the far left, it seems that this hoped-for originality no longer exists. There is little sense in going against the grain or attempting something different—of standing up for a position that is underrepresented. Rather, these movements seek to fight a battle that, although now rife with political disparity, is age-old in its tenet. Both sides have well-established ideals, both have a substantial, devoted following, and both, despite labeling themselves as “alt,” fight under banners that have become almost commonplace in today’s political climate.

The political spectrum, as a concept, was originally an item of political science. Posited first by Leonard W. Ferguson in 1950, the idea of a spectrum was used as an exploratory method of assessing political opinion in a way that was non-reductive. It recognized and accounted for nuance, rather than acting as some arbitrary sorting hat of political opinion and simply dividing it into two parties. Almost 70 years later, the idea of a spectrum is still used. Now, however, it lives on through the casual use of “left” and “right” idealism, as if an entire multitude of opinions based on religious, health, economic, identity, and defense politics could be categorized by the use of single words. While politics have become more complex, our understanding of the spectrum has become more basic and has failed to keep up with the pace of debate.

Therefore, when politicians talk of “revolution,” one can’t help but feel wearied. During NSOP, Bernie Sanders came to speak at Riverside Church on political revolution, personifying all the energy of a marginalized people and angry at a system that has been unfair to them. Sanders’ rhetoric is cosmetically radical, but his message is vanilla. In New York, Sanders spoke on what was home turf and a safe space for him, and his entire campaign addressed supporters who were already part of the “revolution.” Talking at an event geared toward college students and graduates, it is no surprise that Sanders was met with raucous applause when he stated that “in a highly competitive global economy, we must make public colleges and universities tuition-free.” Sanders is no longer the revolutionary that he brands himself to be.

The very idea of selling a book titled Our Revolution for $27 is ironic to me and evidence of the fact that at every turn, Sanders is making the safest move possible, whether that is preaching what he knows will stick or using these pop-culture politics to make himself hundreds of thousands of dollars in book presales. Although Sanders is not comparable in substance to antifa groups or the “alt-right,” his message of revolution is still, ultimately, misguided. The revolution is dead. Classifying Bernie Sanders as “far-left” is functional—the politician is a fierce enemy of the 1 percent and capitalism—but the definition, in itself, is still as reductive as the rest of the contemporary political spectrum.

Perhaps even more bafflingly, the “alt-right” has in recent months taken up the war cry that they belong to a group that is marginalized and oppressed. In the Charlottesville riots, white supremacists declared that they were a group that was being silenced and acted as if their age-old creed of racism was a radical new idea.

It seems nonsense to say that Sanders’ movement is legitimately a revolution, and beyond nonsense to validate that of the Charlottesville rioters as revolutionary, for both of these groups are simply new iterations of old ideas, borne from political discontent and a growing distrust for how the other side lives. The far left and far right are, in fact, nothing more than bold extensions of the left and right—outdated political terms that time and time again fail to account for the true nuance of political opinion. It is at the point where movements become mainstream, widely accepted ideas that those movements cease to be young revolutions. When the “alt-right” elects a president and the far left comes close to electing the Democratic nominee, this has already happened.

And so, one might ask, what is there left up for grabs? When the far right and far left seem to be the most vocal and most populated parts of the political spectrum, I would posit that the center is the most revolutionary side to fight for. The center that I advocate for, however, is no middle ground, no compromise between two extremes, but a flexible, intricate amalgam of these concepts, made up by the individual’s beliefs and independent ideas. The best kind of centrist is one who does not simply stay on the fence, but recognizes the ultimate futility of trying to define such a word—“centrist”—and is willing to adopt different aspects of different political groups, forming their own political identity from this.

The rise of Le Pen, Trump, Farage, Corbyn, Sanders, and Tsiprasis overwhelming evidence of the slowly growing hole at the center of global politics, and the political scene on college campuses is a testament to the effect of this hole. Engaged, motivated students are often characterized as the most vocal citizens in a society, and the prominence of hard left- and right-leaning voices on campus further supports that characterization. Take CUCR’s invitations to Tommy Robinson and Mike Cernovich, or the Berkeley riots last year following the invitation of Milo Yiannopoulos—and then realize how the voices in the middle of the two polarized sides of the spectrum are so hard to hear.

Yet while this involvement is the lifeblood of Columbia, I would issue a warning to those who choose to involve themselves: Though a political identity or the idea of some valiant, righteous revolution may seem enticing, true revolution must always emerge from ideas, and those ideas from a careful, patient consideration of what political identity actually means.

Greg Humphries is a sophomore at Columbia College majoring in math and English. He is interested in European politics, confronting the Columbia administration through his writing, and engaging with readers in discourse as much as possible. Feel free to contact him with questions, thoughts, and suggestions at greghumphries@live.co.uk. Things Worth Arguing Over runs alternate Fridays.