Columbia should respect our vote

Columbia should respect our vote 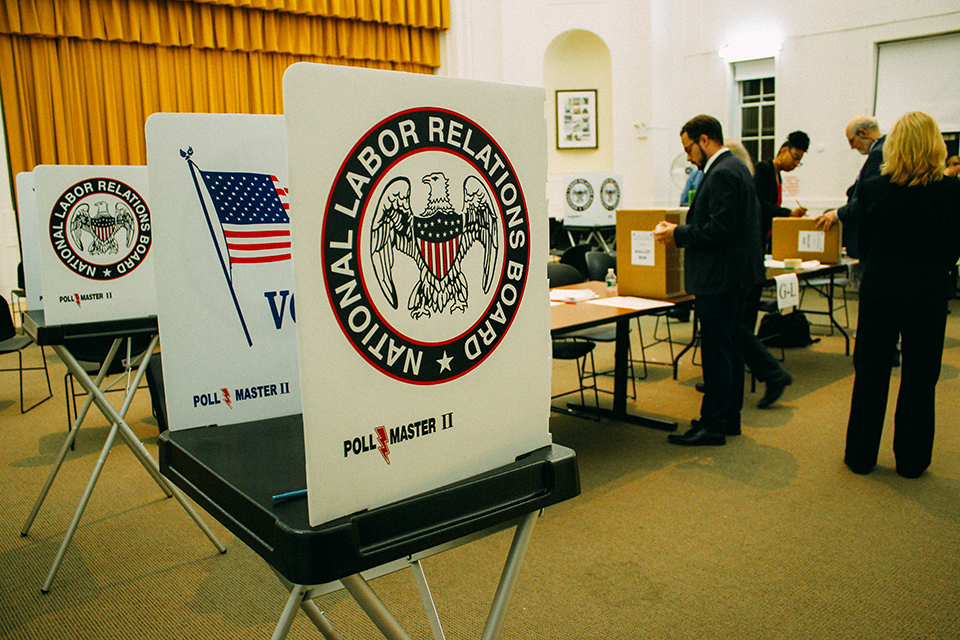 It’s been over 270 days since graduate workers at Columbia voted overwhelmingly for a union, and more than 1,000 days since a majority first signed up for the union. Still, the University administration will not recognize our vote or our union.

My fellow graduate workers and I aren’t backing down. We want President Bollinger to hear that message loud and clear, which is why we invited local congressional representatives to campus so that they can hear our story on Sept. 20. The stronger of a community we build both inside and outside of Columbia’s campus, the more power we’ll have to have to improve the conditions of all workers on campus. We want the administration to see that even though they won’t hear us, we’re not staying silent. Our fight isn’t over because they refuse to bargain—graduate workers are in this for the long haul. We won’t stop until we get to the bargaining table.

As a fourth-year Ph.D. candidate and research assistant, I’m proud to study and work at one of the finest institutions in the nation. I hope to do a lot of good with my research into new materials for energy-saving applications—something our future will depend on. Earning a Ph.D. is not easy, but until I began my graduate research, I had no idea that many of the challenges I would face could be remedied by having a seat at the table with the University administration.

I came to Columbia in large part because I loved the people here. I believed there was a true community of researchers who would support each other and share ideas, enabling us all to thrive. I still believe that is one of our greatest strengths, and that by forming a union, we can bring out the best for all researchers—in the sciences and the humanities.

It’s frustrating to see so many students come together around the idea that we can make positive changes only to be ignored by our own university.

It was extremely disappointing to see how hard the administration tried to convince us to vote no last year: attempting to discourage workers through op-eds and statements by faculty supervisors, inundating us with ominous “concerns” via school-wide email blasts, mischaracterizing UAW’s support for international student workers, and hiring the same “high-powered” (and certainly expensive) anti-union law firm that many other schools are using. After all this effort to encourage us make an “informed” decision, it was even more disappointing to see them try to overturn the vote—an overwhelming 1,602 to 623 democratic vote in favor of unionization—when they didn’t like the results.

Things recently got even more ironic and surreal when Bollinger was elected to a committee on respecting democracy, a contradiction pointed out by hundreds of my colleagues. In his role as co-chair of the National Academies’ Future of Voting Committee, he has said, “Nothing is more essential to a functioning democracy than the trust citizens have in casting their ballots.” Yet, he will not acknowledge the ballots cast on his own campus last December. He has publicly scolded Trump for refusing to uphold democratic values while doing the same here at Columbia—as the Columbia Spectator editors put it, “Honoring graduate unionization has become a matter of democratic principle.”

We’re holding a Graduate Workers’ Rights Forum on Sept. 20 at Broadway Presbyterian Church to talk about the consequences of the administration’s refusal to acknowledge our union. We’ve shared our issues with administrators at every level, and we still face the same challenges. Since our own administration refuses to listen, a panel of elected and community leaders, including Congressman Jerry Nadler and Congresswoman Grace Meng, will hear some of my colleagues testify about how our union could negotiate improvements to make Columbia a great place for everyone to be a graduate worker. The forum will include graduate workers from different backgrounds, departments, and positions—even from other institutions fighting for collective bargaining—but we’ll gather under one roof to show how strong we can be together.

Unlike Bollinger, we can’t rely on Trump’s help overturning the NLRBruling, and we can’t pay a small army of lawyers to fight for us. We have to rely on each other, and the support of people like Meng and Nadler, who recognize that we’re fighting for a better future. Despite the odds stacked against us, we will use every tool at our disposal to create more fair and stable working conditions across campus. Reaching out to congressional representatives is just the start, and a union contract with Columbia is the only finish line.

Most importantly, we’re fired up to show Bollinger and the entire administration that despite their delay tactics and undemocratic values, we’re ready to bargain a contract and we’re not going away. For the past 1,000 days we’ve had strong support on campus, and we’re growing stronger every day. The administration can’t hide from us forever, and they can’t wait us out. There’s only one way they can resolve this: bargain. It’s time for Bollinger to respect the vote and come to the bargaining table.

I’m ready to have my vote counted and my voice heard.

Trevor Hull is a fourth year chemistry Ph.D. student and a member of the GWC-UAW’s bargaining committee.