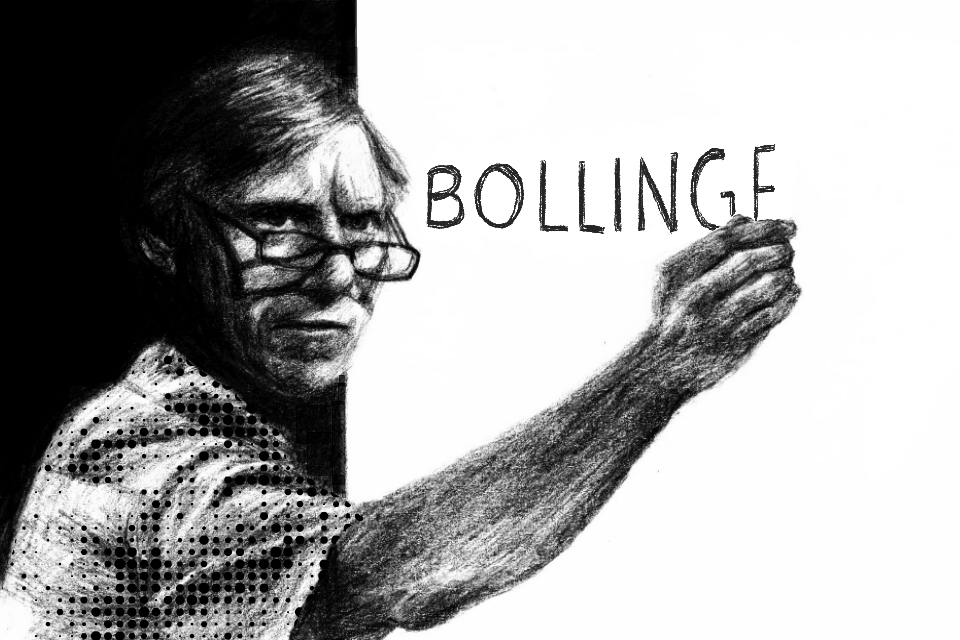 “One of the protesters can’t take it anymore and steps forward,” President Lee Bollinger mentions one Monday afternoon, “and says, ‘You fucking bigot.’”

Bizarre words, coming from a university president. Bollinger didn’t announce this in his function as president, but as the professor of his sole class, a 3000-level American politics offering titled Freedom of Speech and Press. The few hundred students lucky enough to be signed up for the class see the president every Monday and Wednesday, conjuring up provocative hypotheticals (such as the above exchange) and discussing free speech law.

For a top-tier university today, this is unheard of. Not one of the other seven Ivy League presidents currently teaches a class, although President Eisgruber at Princeton briefly planned to. It’s far from rare for presidents emeriti to teach a class after resigning from their post—former Columbia Presidents Michael Sovern and George Rupp have recently taught in the Law School and religion department, respectively. But sitting presidents, burdened by constant administrative work, a focus on public relations, and many other commitments, rarely, if ever, make the time to sit down with a classroom full of undergraduates.

And that’s a damn shame.

Bollinger’s class may be adding another time commitment to an already overwhelming job, but it is one with tremendous symbolic potential. He can rigorously discuss the protections our society can or should apply to speech, and talk about the importance of activism, offensive or otherwise, to our society. Many university presidents have to deal with these issues, mostly when deciding when to curb student speech on campus, but Bollinger is one of the few who can do so in a dialogue directly with students, rather than through a series of intermediaries. Having the president literally take questions after class, limited as the scope of those questions may be, is still a potent symbol that Bollinger is willing to face student challenges of some kind. I also suspect that if coverage of the class were more emphasized in admissions materials—i.e. if prospective students were told that we are the only Ivy League college at which you can see the president speak for two hours a week—it would be a considerable selling point.

Equally significant, in this case, is the course material. Bollinger isn’t standing in a lecture hall droning on about the contents of the pineal gland—he’s passionately debating freedom of speech. By celebrating Justices Holmes and Brandeis and by criticizing the excesses of the Red Scare, Bollinger gets a chance to present himself as a serious First Amendment scholar, and as a passionate liberal—at least on the issue of freedom of speech.

Imagine a world where this was the norm, where Freedom of Speech and Press wasn’t an isolated outlier, but followed by Mind-Body Cognition and a multitude of other classes. What if President Beilock, over at Barnard College, followed in Bollinger’s footsteps and chose to teach students about her area of expertise—psychology? A class centered around her body of work, based on understanding performance anxiety and mind-body synergy, would be an astounding resource for Barnard students. Your own president, talking candidly with you about how to stop choking on exams? Amazing.

A college president deciding to teach undergraduates is so rare, and the potential so great, that maybe we should be appreciative of Bollinger’s attempt to humanize himself through his field. University presidents in the classroom have the potential to stay connected, at a fundamental level, to the experience of teaching and to the student body itself. They get a unique chance to humanize themselves, to be something other than a faceless symbol of authority, someone who students interact with every day, with passions and interests all their own. There is also an added benefit for students in getting a chance to learn from people at the top of their fields who understand the university and its workings better than anyone else. What PrezBo has, and what Columbia has—one class, two hours a week—is small, but it is a start.

If Columbia wants to improve its student outreach, and highlight one of our glimmers of uniqueness, expanding classes taught by leadership would be a good way to begin. And if we value that world—that administration with a human face, that distinguished president making points about cross burning in the classroom—then we should hope that it expands to other campuses as well, one class at a time.

Mark Tentarelli is a junior in Columbia College majoring in political science-statistics. His interests include catching up on Iron Fist (not really), racquetball, incisive political analysis, and shelter animals. Inside Looking In runs alternate Thursdays.