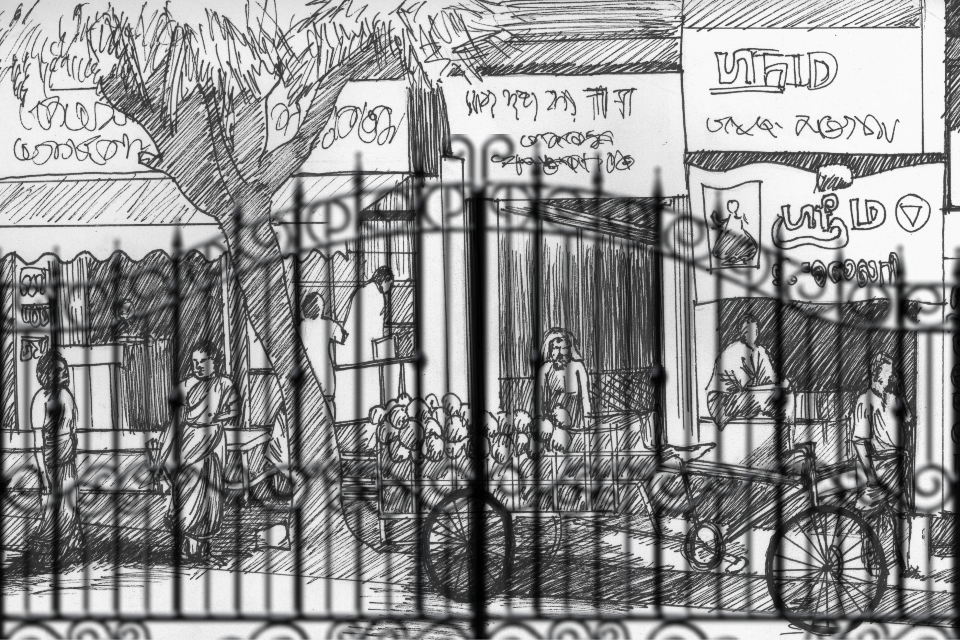 Since coming back from studying abroad last semester, I’ve had the same exchange over and over again, on College Walk, by text, in the EC elevator—I’ll run into someone I haven’t seen since December who excitedly asks: “How was it?!”

I start to answer, but they don’t actually want to hear what I have to say. All they’re really expecting is for me to blurt out, “It was so much fun!” Maybe, if they’re feeling especially attentive, I’ll get asked which country was my favorite to visit.

And don’t get me wrong: Studying abroad absolutely was fun. The very notion of spending a semester traveling across multiple continents, hopping from one city to the next each month, is bound to elicit the sort of reaction I’ve gotten. But last semester was also a difficult, and knotty, and challenging experience. Faced with a group of classmates I did not know, languages I did not speak, and transportation systems I did not understand, I felt more lost and out of place than I’d ever felt living in New York City my whole life. (The diarrhea I was having didn’t exactly help, either.)

The first time I tried to take the subway during rush hour in São Paulo, or cross the street in Ahmedabad, India, I remember being overcome with what I can only describe as a sense of sheer panic. I could only stand back as flood of people—and in the latter city, scooters and rickshaws and maybe a cow or two—pushed into each other in incomprehensible formations.

Dropped into a new environment each month, I was forced to open up with an intensity I wasn’t used to. During study abroad, that girl you met a week ago is the one you have to confide in about feeling lonely. Your professor is the one you’re telling about your bowel issues. Faced with the politics of jetting in and out of the Global South, you feel obligated to address colonialism, class privilege, why those of you with lighter skin often get treated better by strangers on the street.

I may not have been doing my reading regularly, but I felt like I was more than making up for it in conversations about the meaning of success or the way we talk about money with people—homestay parents, local students, and even peers in my program—who came at these issues from radically different worldviews. As we spent all that unstructured time experiencing so much change, I was pushed to be radically vulnerable.

Coming back from study abroad, I was afraid I’d lose all those transformative experiences. Over the summer, even in the first few weeks of class, I thought my return to campus would be like hitting one big reset button and having everything return to some terrifying vision of “normal.”

At first, that’s exactly what it seemed like. Every time I got asked how my spring went—every time I used one hyperbolic word to fill the place of everything I had experienced—I could feel the lessons of several months and countries slipping out of my grasp.

But what I had really forgotten was what it was like to go to Columbia.

In many ways, coming back does feel so familiar. Save for the avocado toast bar in Ferris, this place looks just like it did when I said goodbye in January. In the slow transition from country-hopping back to dorm life, though, I’ve been struggling to remember the social norms that pervade our campus.

The bulk of my time is spent hunched over my laptop in Butler, maybe at Hungarian, as everyone else around me suffers silently too. The only times I “pop the bubble” are to travel to work. Making plans is a hair-ripping process of comparing calendar with Google Calendar with when2meet with Doodle to settle on a time someone will end up canceling at the last minute anyway.

Study abroad—a concept I spent countless hours and debates critiquing, questioning, reflecting on—has gone from the subject of careful discussion to other people’s vague impressions of me guzzling beer and doing less homework. Indeed, the “What was it like?” questions have bothered me just as much by forcing me to be reductive about my experience as they have by exemplifying the empty, meaningless kind of bullshit small talk that’s so common here.

I want to give people a deep answer about my semester. And I want to ask about my friends’ springs and summers and have them detail every little bit of their emotions the same way my study abroad friends would confess to me last semester. I want them to be vulnerable and blow off boring nights in Butler to go on impromptu adventures downtown with me. I want to run into people I don’t know all that well and end up having real, meaningful conversations with them over coffee.

But instead, when we run into each other on College Walk, I, too, am forced to ask, “How was it?”

Teo Armus is a Columbia College senior majoring in urban studies. He is a former deputy news editor and senior staff writer for Spectator. Follow him on Twitter @teoarmus. From Where I’m Standing runs alternate Thursdays.