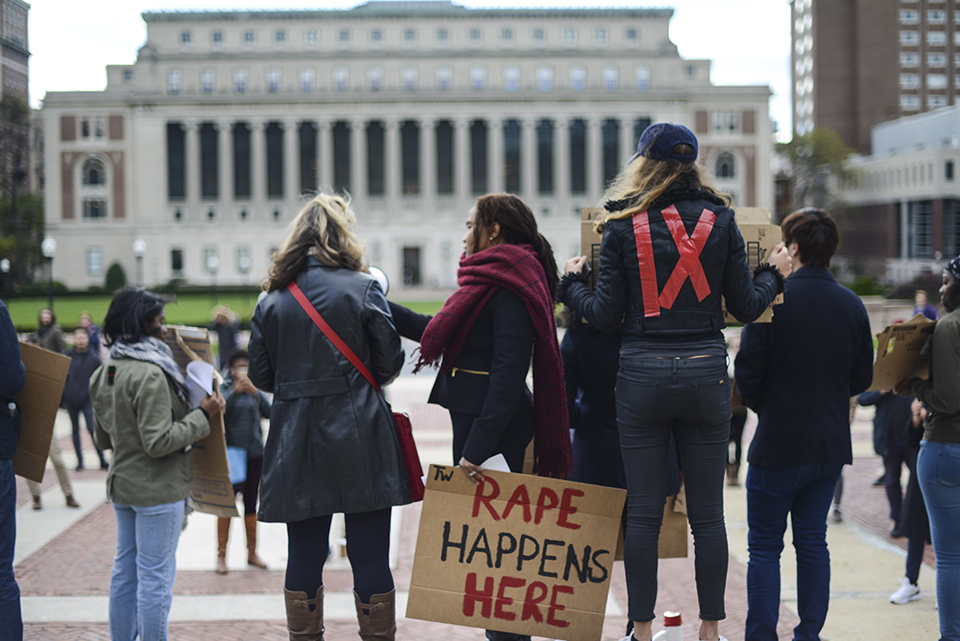 As a University Writing instructor, the first essay I taught was a bell hooks chapter titled “Theory as Liberatory Practice.” She asserts that theory in the classroom is not liberatory on its own but only when “we ask that it do so and direct our theorizing toward this end.” While classroom discussions about issues like gender equity provide a good starting point, hooks argues that these discussions only have a beneficial effect if we actively practice those values in daily life.

I chose to start my class with this piece because I wanted my first-year students to work to see the relationship between the theories of gender and sexuality we read in the classroom and the sexual politics they encountered in their lives at Columbia. At Columbia, for example, this practice might look like the expectation of affirmative consent in sexual relationships, or the prompt and thorough investigation of sexual harassment claims.

After President Donald Trump’s election on Nov. 8, 2016, this relationship between theory and practice felt even more urgent: I wanted Columbia to fight for the politics of respect and inclusion it professes, particularly when friends and colleagues fall under attack for their immigration status, gender identity, or religion.

During that fall, I was proud to tell my students that I had joined the other 1,601 RAs and TAs who voted to form a union, the Graduate Workers of Columbia University, in order to negotiate a contract with Columbia to guarantee safe and respectful working conditions at our university. But the Columbia administration has defeated our hopes that the University would be a haven from Trump’s policies.

The administration has repeatedly appealed to Trump’s National Labor Relations Board to overturn our union election. Delaying the negotiation of our first union contract in this way blocks access to stronger recourse on major problems like sexual harassment that could make our university more inclusive. Columbia has a long history of allegedly violating Title IX guidance and ignoring the sexual harassment complaints filed by both professors and graduate workers. Although 60 ;percent of female graduate students surveyed say they have experienced some form of sexual harassment at work, existing avenues of recourse have proven ineffective.

Stronger protection from sexual harassment in the university workplace has been a central bargaining goal from the very beginning. This protection would include a grievance procedure that allows harassment survivors to take their complaints to a neutral third-party arbitrator, rather than addressing them only through the Columbia administration’s procedures. At a GWC panel on sexual violence and gender inequity last year, one biomedical RA described how, under the current system, there was “no one that I knew I could turn to” after she experienced sexual harassment in her workplace. The only people she was legally allowed to bring her case to seemed “a little bit biased,” since they all worked for the University.

But Cera Fisher, a grad organizer from the University of Connecticut, shared a similar story with a different ending. According to Fisher, after the UConn Title IX office had told another UConn grad worker that she did not have enough proof and dismissed her claim, she took her sexual harassment grievances to a neutral third-party arbitrator. She was only afforded this option through her grad union contract. As a result, this research assistant, who complained that her faculty supervisor sexually assaulted her, worked with the union to achieve a successful settlement that preserved her chance at an academic career.

GWC-UAW joins a long history of Columbia workers organizing to address gender and racial inequities through unionization. After overcoming intense administration opposition to their union in the early 1980s, Columbia support staff won a contract that addressed race- and gender-based pay inequities and guaranteed childcare subsidies.

As United States Secretary of Education Betsy DeVos announces her plan to roll back federal guidance on Title IX protections at universities, the existing law that Columbia has failed to enforce effectively, our effort to build on the successful history of academic unionization becomes increasingly urgent. A contract with proper recourse for sexual harassment complaints would bind Columbia more effectively to its promise of gender equity.

And, as a grad union organizer, I believe an environment in which teachers and researchers have concrete protections from sexual harassment is necessary to foster an environment where students can learn that sexual respect is not just a theory in their classrooms and their orientation sessions, but also a practice expected of everyone who works at Columbia.

Members of the Columbia and Barnard community have already expressed disappointment and anger that Columbia is implicitly benefiting from Trump’s appointment of a Republican-majority National Labor Relations Board while delaying contract negotiations with grad workers. In doing so, Columbia is aligning itself with a president who infamously brags about committing sexual assault and spreads the misinformation that false accusations of sexual misconduct are common.

Columbia doesn’t have to stoop to Trump’s level. At any point, the University administration can voluntarily choose to offer real support and protection to survivors of sexual assault and sexual harassment on campus by agreeing to negotiate. When graduate workers call on Columbia to drop their objections to our union election and negotiate a contract with us, this is what we are asking them to do—to choose to be better than Trump, to choose to practice the theory we teach.

Danielle Drees is a Ph.D. candidate in theater in the Graduate School of Arts and Sciences. She has taught University Writing and worked as a TA at Columbia and Barnard.