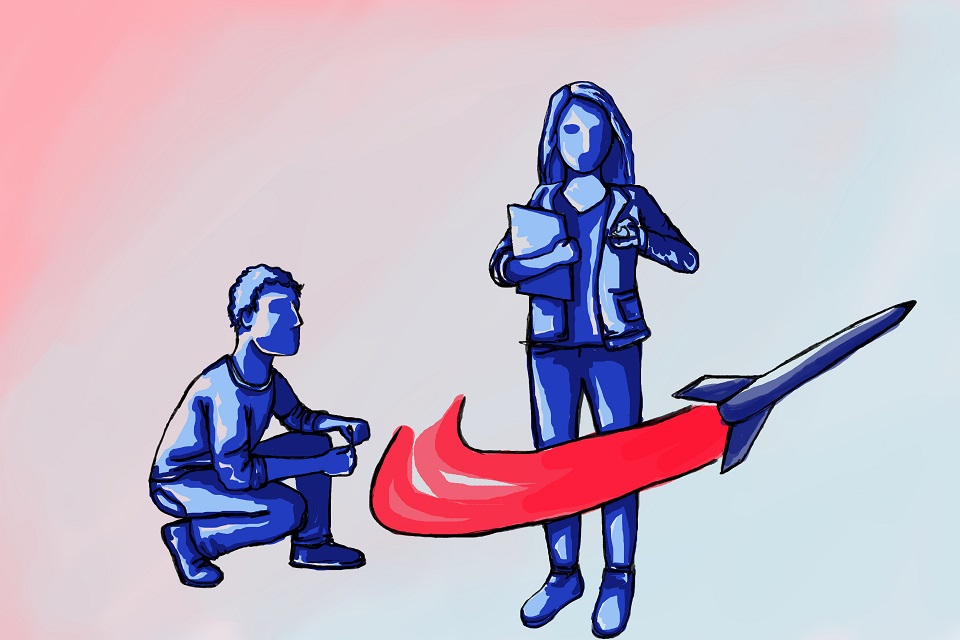 Attempting to break the “last great barrier in running” is an extraordinary undertaking. When Nike announced it was putting together a dream team to attempt to run a sub-two hour marathon, most people in the running world were reminded of the feats of Roger Bannister, the doctoral candidate who shocked the world by being the first to run a mile in under four minutes. Since Bannister’s success, however, the emergence of professional running has stressed wins at important races over attempts at world records. The reason for this shift is simple—there is money in major marathons, whereas world records are constantly rewritten and former barrier breakers are forgotten.

Despite this reality, three of the greatest distance runners of our era—Eliud Kipchoge, Lelisa Desisa, and Zersenay Tadese—sacrificed a whole season of competitive racing to participate in Nike’s Breaking2 project. Although the runners were likely compensated for their efforts through some combination of experience, gear, and money, their dedication to an arbitrary barrier makes a strong case for their commitment to the sport of running itself and to doing the extraordinary.

Yet the extraordinary isn’t relegated solely to the likes of Bannister, nor is it reserved only for world records. In reality, many of the people who attend Columbia do so because of the extraordinary things they have achieved. This isn’t because everyone at Columbia is some “special snowflake,” but rather because the hypercompetitiveness of the college process feeds on points of distinction. In efforts to break into the Ivy League, applicants to Columbia publish books, win prestigious awards, and found nonprofits—extraordinary deeds, all done in the name of a degree from a world-class university.

Upon arriving at college, it’s easy to forget about the things we did in high school. In some ways, college is a time for sobriety in that many of us get caught up in the seriousness of planning for our futures. Buried under the intensive workloads provided by homework, applications, and pre-professional clubs, forgetting our passions is remarkably easy. Oftentimes, this means we sacrifice the extraordinary things we used to do in favor of doing things we’re “supposed to do in college.”

In high school, I grew to love running. At the time, there was no better feeling than gliding along a dirt trail in northwestern New Jersey. I used to sit through each one of my classes, anxiously awaiting the moment I would be able to don my short shorts and running shoes and make for cross country practice. During the fall semester of my first year of college, however, I began to resent the time commitment of running. Focusing on the loss of two hours that it would cause, I began to view running as a chore rather than a worthwhile endeavor. The minute I crossed the finish line of the 2016 Philadelphia Marathon, ending any formal attachment I had to running, my subconsciousness resolved to abolish the sport entirely from my life, so I could focus on my future.

Over the summer, crescendoing experiences of unavailing monotony, overwhelming stress, general unhappiness led me to rethink my stance on running. I longed for the moments when running was a release from daily pressure and an experience to look forward to. I missed the feeling of running for running’s sake. And so, I printed out a calendar, wrote a training plan, and resolved to rediscover that love hidden somewhere inside of me. I know I won’t ever be a world record holder, but just because I won’t be the best doesn’t mean that running won’t be a constructive experience.

Doing the extraordinary for extraordinary’s sake entertains different modes of thinking, teaches new skills, and most importantly, it can deliver happiness. Taking a half-year break from running allowed me to recognize that there is value in doing something without a desired end in sight.

Columbia is filled with extraordinary opportunities just waiting for students to take advantage of them. There are clubs that design rockets and build Formula One racecars, as well as resources for students that want to write poetry or short stories. Yet, afraid of the terrifying job market that lies ahead, students let the emphasis of their college experience stray away from doing the extraordinary. We argue that those incredible things we once did no longer have a place in our lives, as they don’t directly contribute to our ability to get a job. We hole up in Butler and forget about our passions, remembering them as “just some thing we did to get into college.” Rather, Columbia students should take a page out of Bannister’s, Kipchoge’s, Desisa’s, and Tadese’s book. When it seems as if doing something without an end goal in mind is pointless, remember that there are things to gain from the pursuit of the remarkable. Do something extraordinary; break out of your norm.

Sanjay Paul is a current sophomore in Columbia College studying US history. He looks forward to his second attempt at Breaking3 in March of 2018. Noise Pollution runs every alternate Wednesday. Sanjay can be reached at skp2143@columbia.edu.