CCSC referendum a chance to lead on carbon neutrality

CCSC referendum a chance to lead on carbon neutrality 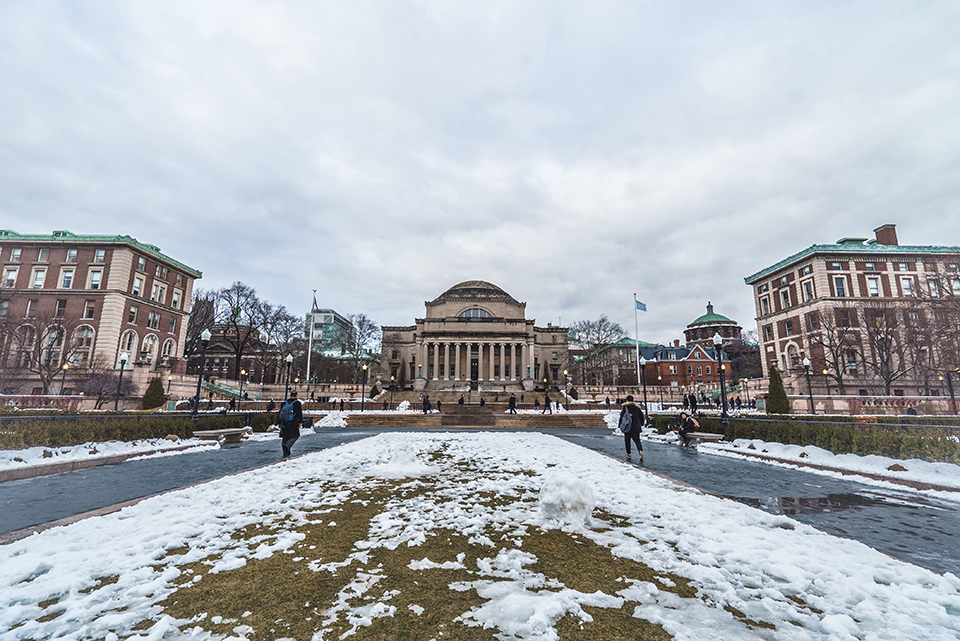 On April 8-11, Columbia College Student Council will be holding its elections for the upcoming school year. The ballot this year also includes a referendum on university-wide carbon neutrality. The ballot question will prompt, “Columbia should commit to 100% renewable energy and carbon neutrality (net zero carbon emissions) by 2030.” As members of the Roosevelt Institute at Columbia University, the student policy group that secured the referendum, we urge students to vote yes. Climate change poses a dire threat to our generation, but Columbia’s current carbon footprint is making the problem worse. If Columbia achieves carbon neutrality by 2030, we would become the first school in the Ivy League and New York to eliminate its carbon footprint.

Many other universities have already set deadlines for reaching carbon neutrality, reflecting the urgency of climate change. Columbia, however, has yet to set one.

Last spring, in its first-ever Sustainability Plan, Columbia committed to reducing its greenhouse gas emissions 80 percent by 2050, matching NYC’s citywide goal. However, considering its endowment is now worth over $10 billion, Columbia has the resources to pursue a far more ambitious pledge.

Columbia styles itself a leader on climate change, a claim not without merit. The University has announced that it is still committed to the Paris Climate Agreement and is the only Ivy League institution to divest from coal, citing its “longstanding commitment to addressing climate change” when it divested from thermal coal last March. The University is also at the forefront of climate research, home to the Earth Institute and Lamont-Doherty Earth Observatory, not to mention the professor who coined the very phrase “global warming.” These examples, however, only serve to reinforce that the reality of Columbia’s carbon reductions are not keeping pace with its ambitions.

Columbia World Projects, for example, recently announced that it will be working to protect the global food system from climate risks—meanwhile, back in Morningside Heights, Columbia’s own emissions are worsening the problem.

Columbia has a unique capability for leadership. The University could leverage its cutting edge research to establish innovative emissions-reduction programs that other universities and institutions around the country could implement. This would show the world and prospective students our dedication to climate action and multiply the benefits of any single project.

Other universities are currently putting us to shame. New York University has committed to carbon neutrality by 2040. Stanford has already cut its emissions by 68 percent; it also receives 65 percent of its electricity from renewable sources and is well on its way to installing solar electricity on every rooftop. American University, also an urban campus, has pledged to reach carbon neutrality by 2020 and has already achieved 100 percent renewable energy. Meanwhile, Columbia has installed no renewables on its main campus, receiving all of its electricity from the grid, where renewables make up only 24 percent of electricity. The rest comes from natural gas, nuclear, and coal. It’s hypocritical to divest from coal while propping up the fossil fuel industry at the same time.

To reach carbon neutrality, Columbia would need to invest in renewable energy, energy efficiency, and electrification of heating. Any emissions too stubborn to eliminate, like from airline flights, could be counteracted through the purchase of carbon offsets. Though such changes bear initial costs, investments in renewables and energy efficiency have proven to save institutions money in the long run.

A 2030 deadline for carbon neutrality is also within reach with ambitious action. Columbia could achieve 100 percent renewable energy by simply purchasing renewable energy credits for its electricity. Stanford’s innovative heating system, which reduced campus emissions by 68 percent, was completed in only five years and will save them $420 million over 35 years. The entire University of California system, far larger than Columbia, has committed to carbon neutrality across all of its campuses by 2025, a 12-year timeline.

All this progress on climate change is incredibly necessary. With the Trump administration moving backward on climate change, it is up to states, cities, and universities as institutions of higher learning to pick up the slack. Moreover, climate change is already affecting us here in New York City. Hurricane Sandy, which would have once been considered a one-in-500 year storm, is considered a one-in-25 year event today. By the period 2030 to 2045, similar storms to Sandy could be expected in NYC once every five years.

This referendum, if passed, would demonstrate that Columbia students strongly support a carbon-neutral campus. To ensure that all members of the university community have a chance to weigh in, we are also seeking resolutions in support from the student councils of all graduate and undergraduate schools and working on an open letter of support from professors. With proof of broad campus support, we will bring carbon neutrality to the University Senate, followed by the board of trustees. With hard work and a bit of luck, we can collectively commit Columbia to carbon neutrality within the next year.

Climate change is increasingly urgent. Every day of delay means another day of Columbia contributing to the destruction of the planet, destruction which impacts disadvantaged people first and worst. Sunday’s referendum is your chance to make Columbia truly a leader on climate change. With every “yes,” we will show that, together, students can effect positive change on this campus.

The authors are members of the Roosevelt Institute at Columbia. In February, they secured CCSC’s referendum on carbon neutrality. Charles Harper is a senior in SEAS and is the director of Roosevelt’s Energy and the Environment Center. Arianna Menzelos is a first-year in Columbia College. Ade Balogun is a sophomore in SEAS and is the initiative organizer for Roosevelt’s Energy & Environment Center. Meredith Harris is a first-year in Barnard College-JTS.