Academic Freedom Week: “Your silence will not protect you”

Academic Freedom Week: “Your silence will not protect you” 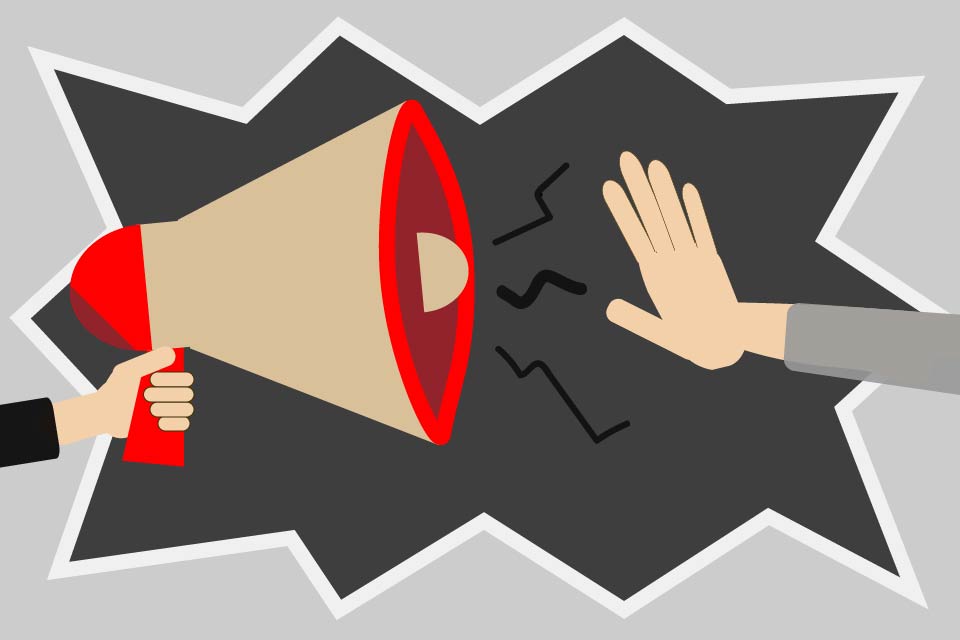 News of Academic Freedom Week has been making the rounds in right-wing circles after the infamous Campus Reform website published an article. The article in and of itself is not of much interest, functioning more as a “callout post” against our slated speakers and their various infractions against the right-wing thought police. What is important, rather, is the framing that this piece and others like it take on. Websites such as Campus Reform are part of a cottage industry built around stoking outrage in response to the work of campus activists. To them, our concern for academic freedom is illegitimate, nothing more than a vessel for “crude propaganda, browbeating, [and] excoriation of [our] opponents.”

Academic Freedom Week is, rather, a response to continued persecution of academics by the same groups that are looking to use yet another manufactured scandal to discipline and silence outspoken thinkers. This is exactly why we have brought together important figures such as Johnny Williams, Gil Hochberg, Dana Cloud, Joseph Massad, and George Ciccariello-Maher—all of whom have had to fight back against this outrage machine.

People of a progressive and leftist political bend are used to being attacked on spurious grounds, the most dreadful of which is the claim that we are the true fascists. Antifa, opponents claim, is a fascist organization seeking to cow all who disagree with them into submission. The “feminazis" are attacking innocent men. Supporters of a Palestine free from the Zionist regime “wish to reenact the Holocaust.”

In America, the term “Nazi” is bandied about in an exaggerated, often playful, form. We know of the grammar Nazi: that person who calls you out for forgetting the Oxford comma in Whatsapp conversations. Most also know of Seinfeld’s famous Soup Nazi episode: A soup vendor on the Upper West Side sells his patrons amazing soup but also demands they adhere to his strict regimen for ordering—otherwise he will confiscate their soup.

We’re not talking about a Soup Nazi. The truth is, there are actual groups in existence that have rebranded a long historical tradition of American white supremacy and European fascism, and they are seeking to infiltrate and exercise hegemony over the state and over civil society institutions so that they can enforce their violent ideology.

And these groups are growing in number and in strength. They are becoming increasingly powerful, and they command at least the tacit support of a significant portion of the Make America Great Again voting bloc. They have killed (in targeted and mass attacks) dozens of innocent people in these last two years alone, and have maimed countless others. According to the FBI, there were 6,121 reported hate crimes in 2016. As fascist extremists are taking to violence, their mainstream auxiliaries, personalities such as Mike Cernovich and Lauren Southern, who claim to play devil’s advocate in their fight for free speech, normalize viewpoints previously considered beyond the pale even on campuses like ours. These personalities are well aware of the ramifications of their actions. They have been shown to be in league with alt-right ideologues like Richard Spencer, parroting with a wink and a nod racist theories like “The Great Replacement” while eschewing the fascist label.

The alt-right and other fascist groups target universities because they know that gaining a foothold in this institution remains essential to not only taking over this key ideological apparatus, but also recruiting young people towards their goal of a white ethnostate. Thus we are faced with a fundamental absurdity: as the left is tarred and feathered as fascists, white supremacists are at the gates. Students at this very university have been punished for protesting against their encroachment.

And while academia is a dubious space that works to manage what is and is not legitimate and acceptable knowledge, these fascist groups do not aim to open up space for debate. Rather, they are coming for our universities to impose a new and improved campus thought police. Let us not forget that the Nazis did not use brute force to seize power in Germany; instead, they manipulated notions of freedom of speech to chip away at the edifice of Weimar liberalism, until finally coming to power through democratic elections.

Under such conditions, the protections we’ve won over the years at the University will struggle to survive this onslaught. After being forced to resign from Drexel University due to death threats and a mealymouthed response from the administration, George Ciccariello-Maher warned us that “we are all a single outrage campaign away from having no rights at all.” The right-wing machine, led by alt-right trolls, has already forced academics into extended leave, pushed tenured professors to resign, and forced disciplinary action against outspoken academics and students.

Time is ripe for a response. From April 9 to 11 we will be hosting Academic Freedom Week at Columbia and Barnard. The collection of panels will speak to this significant existential threat at colleges across the country. In staging these events, we aim to stem the tide of increasing acceptance for openly racist ideals. We are here to speak the truth, to combat the enemies at the gates by bringing attention to the facts as presented in this article. We are on the frontlines of an ongoing ideological battle. And we implore you too to fight now, for its outcome will affect you too.