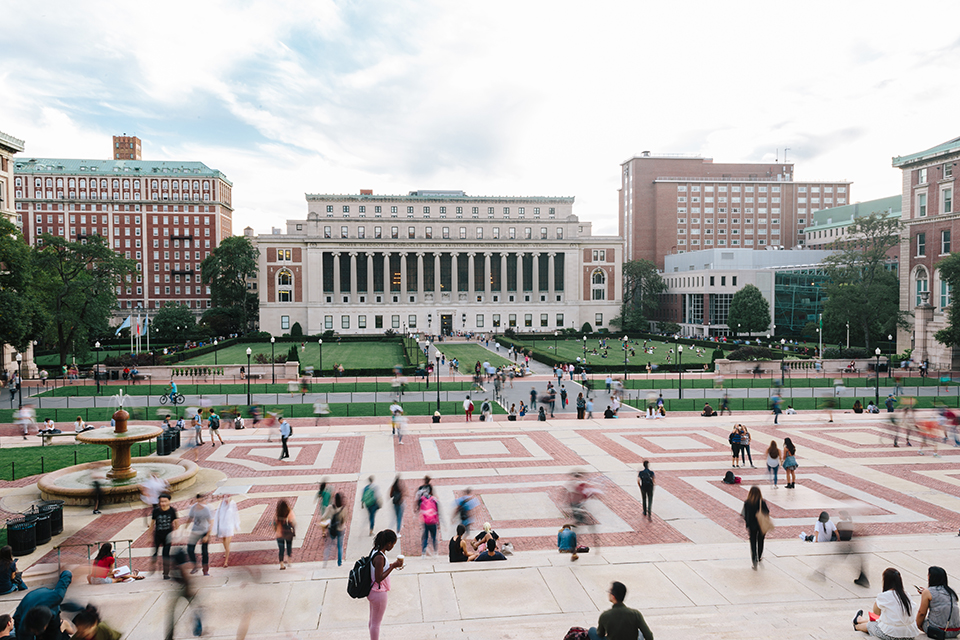 It’s fall 2017. Caught between sheer excitement and anxiety, in anticipation of our new lives at Columbia, we hurry from class to class, brimming with glee at the prospect of introducing ourselves to the next stranger we meet. Fast-forward to spring 2018, and the atmosphere feels very different. In the short span of seven months, we’ve become much more isolated. It has become a hassle to even greet our acquaintances, and fellow schoolmates whom we met during orientation are now long forgotten.

Undoubtedly, relationships are constantly in flux. We make friends, become close, grow apart, and start the process all over again. As students in a city campus, this social cycle is all the more apparent. Amid the flurry of activity of New York City, it can be difficult to establish anything more than superficial relationships.

Some of Columbia’s peer institutions have implemented programs to support on-campus communal living, such as a residential college system. More recently, at Yale and Princeton, the expansion of new residential colleges demonstrates the continued relevance of common living spaces for faculty and students in a 21st century college environment. In a Yale Daily News article, for instance, Professor Tina Lu emphasizes the role of residential colleges in fostering community by supplementing the learning and socialization that happens in class.

Unfortunately, Columbia does not have similar programs; our closest equivalent institutions, Columbia Housing and University Apartment Housing, function essentially as landlords. With the exception of the freshman dorms, which can help form close-knit communities among first-year students, most residence halls (some of which lack large enough common spaces) assign rooms without taking into account student community. The housing lottery system is an especially disruptive influence, encouraging us to separate ourselves into small, sometimes exclusionary groups on a yearly basis. To exacerbate our social situation, Columbia’s urban neighborhood also makes it convenient for a minority of students to live off-campus, while residence halls for sophomores and upperclassmen (with the exception of East Campus) are sparsely distributed across the entire Morningside Heights area, effectively requiring more effort on the part of such students to access on-campus activities. Thus, Columbia’s policies give us few incentives to establish larger communities with our peers, or to form a broader campus identity.

Given the lack of impactful institutions on campus that promote student relationships, the onus is on us, the students, to be proactive in cultivating bonds if we are to establish a strong student community within Columbia. Of course, it may seem difficult to connect with an acquaintance if your only interaction every week is during an hour-long class. This difficulty should not cause us to ignore the fact that there are many compelling reasons for actively seeking out new relationships in college; one of those reasons is the special nature of friendships in school settings.

As someone who worked before coming to Columbia, I have been fortunate to have a short glimpse of the world beyond school life. I have found the outside environment to be cold, calculating and impersonal. Due to its focus on productivity and results, there’s less of an opportunity for connection. Regardless of where each of us ends up working—at an investment bank, a non-profit organization, or an educational institution like Columbia—office politics can complicate interactions with our colleagues so that no relationship is without some strings attached. In contrast, the collaborative learning environment of college offers us a unique opportunity to build genuine friendships in an intellectual setting—something which we are unlikely to experience again once we get entangled in the rat-race of corporate careers.

What can we do, then, to take advantage of our time here? The solutions may be more obvious than they seem. Across my classes and activities on campus, I have been blessed by several students who have taken small steps to connect with their peers. They add life to the classroom by baking tidbits for their fellow classmates, or build community by organizing study sessions at Butler. Others strike up conversations with classmates with whom they aren’t close before class starts. Certainly, there are more prominent ways of contributing to the student community, like participating in the student councils or student life boards, but simple gestures do make meaningful contributions. Indeed, seemingly trivial actions, when collectively exercised by a majority of the student population, could be more effective than deliberately organized large-scale initiatives. We just need enough students to positively influence the University culture to make a lasting impact on our community.

So, the next time you see an old acquaintance along College Walk, smile and wave. You won’t need to strike a long, awkward conversation; just the act of acknowledging someone is a powerful gesture, one that can go a long way to make another person’s day. We can all make Columbia a friendlier place—one smile at a time.

The author is a Columbia GS first-year studying Economics and Mathematics. He enjoys simple conversations about life and friendships, and loves meeting new students. Biao can be reached at bf2412@columbia.edu.