The price of a strike

The price of a strike 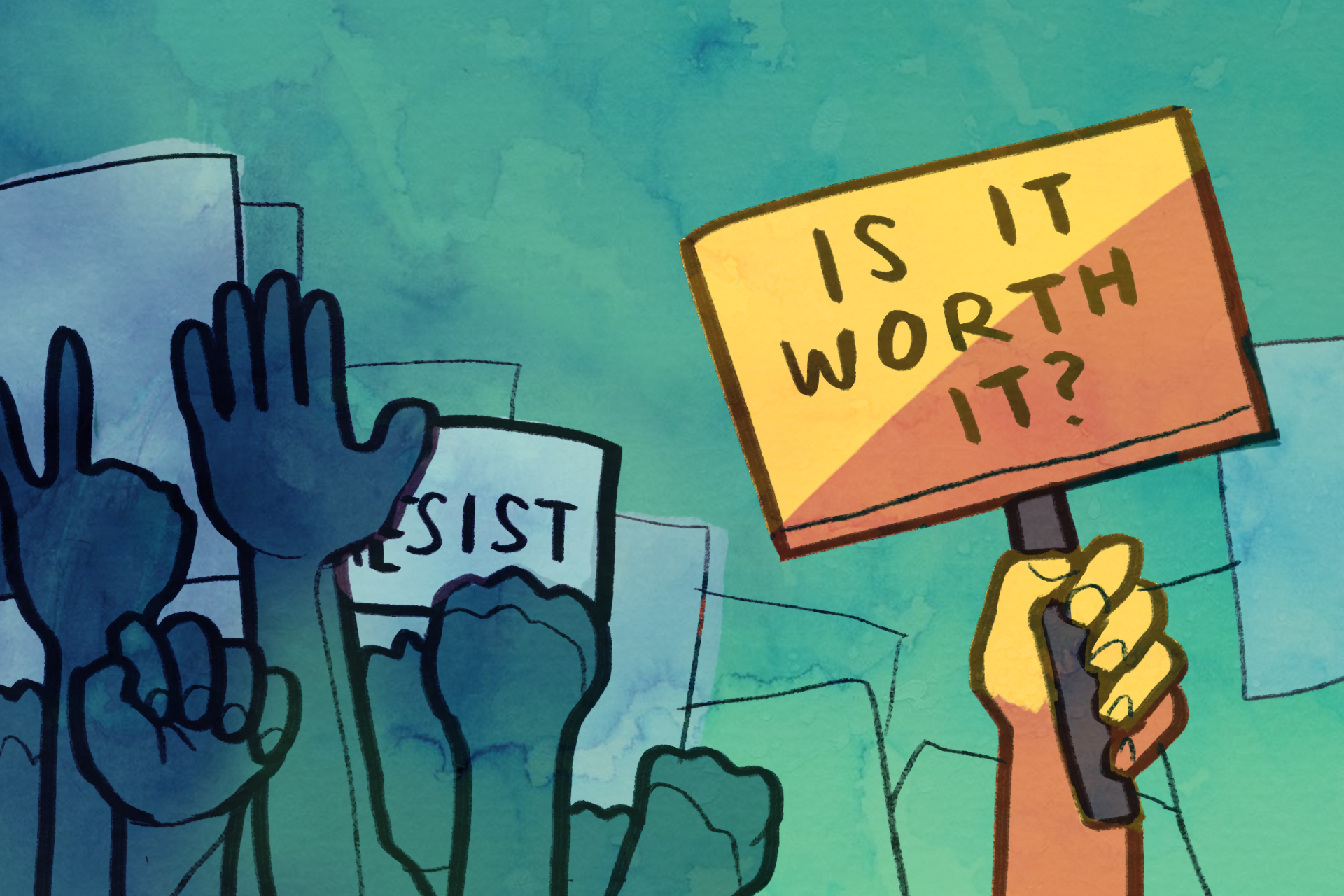 This past week, Columbia graduate students voted 93% in favor of authorizing a strike, threatening to seriously disrupt many undergraduate classes right before the start of finals. This should concern all undergraduates.

In my three and a half short semesters here, graduate students, as Core instructors and teaching assistants, have shown me remarkable knowledge, enthusiasm, dedication, and compassion, often surpassing aloof faculty members in these ways. I want our teachers to be compensated fairly, and it may well be the case that compensation has not kept up with increased workloads and inflation. However, striking unfairly punishes undergraduates, especially considering their lack of power in the matter—for all the union’s talk about its “democratic” mandate, only those few undergraduates who are TAs or research assistants have had any real say at all.

Of course, the union claims that a strike would seek to improve the entire University, undergraduates included. For instance, one union member said, “If your teacher or TA is not worried about debt … or being sexually harassed … that’s gonna be a better education for you.” But it is not as if undergraduates do not also worry about the enormous cost of attendance or sexual harassment. And now, in addition, we also have to worry about whether we will even have classes. It may be true that the immediate cost of a strike is worth it for everyone in the long run, but perhaps not. In either case, the strikers should not make that judgment for everyone else, especially considering their own interest in the issue.

Of course, it is imperative to address those challenges, like food insecurity, that prove unequally detrimental to some, usually low-income graduate students. But this is a separate issue from increasing pay and improving benefits for all graduate workers, which lacks the same moral urgency. In general (there are exceptions, of course), people earning graduate degrees—at Columbia University, no less—will comprise one of the most elite groups in the world. Fewer than two percent of Americans hold doctorates, under ten percent master’s. Of course, graduate students may not live luxuriously while in school, but this is a commonplace act of investment. And the returns on this particular investment are not to be ignored—the most lucrative master’s degrees help their recipients earn salaries averaging over six figures.

Even those working towards less lucrative postgraduate degrees should consider the extreme rarity and privilege (though of course some grad student workers are more privileged than others) of being able to devote one’s life neither to manual labor nor even a nine-to-five cubicle job, but to rich and fulfilling intellectual pursuits. In addition, it is worth noting that graduate work is necessarily a temporary form of employment. In this way, the potential strikers are a far cry from the downtrodden working class that their revolutionary “RESIST” signs and raised fist imagery suggest. Rather, this strike amounts to a privileged few demanding yet more privilege.

Therefore, if the union does strike, I, for one, am ready to wait it out. While the Columbia administration needs to reevaluate the compensation and conditions it affords its graduate student workers, it should not acquiesce to the union’s demands in order to end the strike. Columbia should not—and cannot—send the message that disrupting the essential functions of the University is acceptable behavior. Rewarding the strikers would only encourage more strikes—and disruption—in the future.

I have personally taken out thousands of dollars of student loans in order to study at Columbia this semester, and was happy to have done so. But however noble its cause, the impending strike is not fair to everyone else at Columbia who has invested so much time and money this semester just in order to learn.