Reflecting on my first year at Columbia: A foreign perspective

Reflecting on my first year at Columbia: A foreign perspective 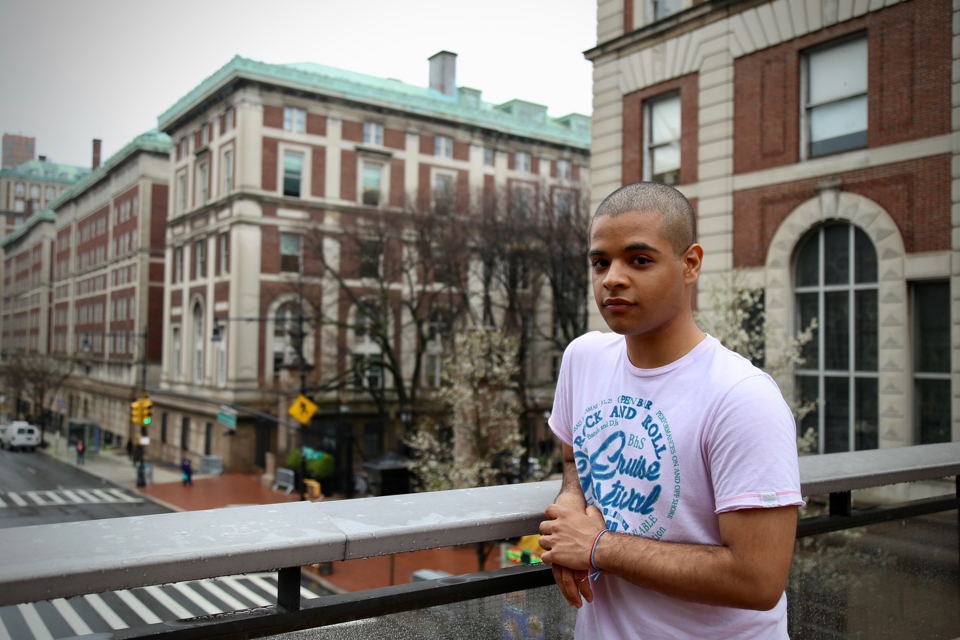 I first set foot on this campus as an international incoming student from Brazil after having spent only one hour on American soil. It was a midsummer Wednesday afternoon, and the heat was brutal. I walked past the 116th Street and Amsterdam gates and couldn’t help but sprint toward the Sundial. After nine months impatiently waiting for that climactic moment, there I finally was, and there was no other place on Earth I’d rather have been. In some kind of visual trance, I turned my back on the majestic pillars and memorable names in the facade of Butler to find my mom sobbing uncontrollably.

It’s pretty obvious to anyone who goes here that all of us are, to a significant extent, privileged to go to Barnard or Columbia. For international students from developing countries, this fact in great part defines our experiences here. We come with dreams of an education unlike anything we have ever seen back home: professional opportunities in abundance, deeply enriching and life-changing cultural exchange, and the assurance that we’ll be held in the highest esteem by those we leave behind.

There is a myth in Brazil—not completely unfounded, I should say—that getting accepted into an Ivy League university means you will be rich in the future. These degrees are free passes to a universe of wide-open doors generally reserved for Brazilian old money. I didn’t realize then, as I do now, that the reason my mother was crying was because, from that moment on, I had a safe future ahead of me—a future she never had access to.

My mom is the oldest of six siblings born in a favela in Rio. My grandmother gave birth to her at 16. When my mother was 27, she moved to São Paulo, a bigger, bustling city where she could work less for better pay. She had me at 36. By the time I was five, my mom worked two shifts a day as a nurse in two different hospitals, for the sole purpose of being able to afford a private education for me. Looking back on it today, those nights I wished she were by my side in her bed instead of the sitter were the price we paid for the privilege of literacy that the Brazilian public school system could never have afforded me.

Columbia thus meant for me not only a platform for attaining a higher level of privilege, but also an opportunity to develop research, debate, and brainstorming skills that would empower me to tackle the most entrenched and obscure issues in Brazilian politics and society, from day-to-day corruption among ordinary citizens to racism and abuses of power in the police system to the worrying recurrence of unconstitutional practices by government agents. My goal was to turn privilege into the standard for everyone. The possibilities were endless—in that I believed piously.

It didn’t take long for me to realize it wasn’t quite like that. Yes, the opportunities with which Columbia provides me are virtually impossible to match in my home country. But, just as my private education did, they come at a price.

Sometimes that price is charged by the school, through year-long courses on stories and traditions to which I not only can never relate, but also must at times vehemently repudiate. Discourses are worryingly often one-sided. For example, a few weeks ago, Lit Hum made me listen to Montaigne’s Eurocentric opinions on the indigenous people in Brazil and their anthropophagic habits. Although it was acknowledged in class that the noble Frenchman was gravely prejudiced, there was no interest in exploring the views of those communities. As a result, I witnessed before my eyes the fetishization of traditions that deeply influence my national identity, which I am sure many other international students witness quite frequently.

Some other times, that price is charged by my peers. I’m occasionally forced by them to accept that theories on racism, sexism, and LGBTQ-phobia modeled on the experiences of American minorities can fit all environments “because America is the global beacon of democracy”; that present-day fraternity and sorority culture should be maintained “because it’s tradition,” even though it perpetuates misogyny and sexism that dehumanize both men and women; that all the spices and colors and tastes of Latin American and African foods can be conveyed by three generic dishes “because it’s better than nothing”; that I need to look sharp and not really expect romantic connections because “hookup culture is universal,” but complaining I’m not satisfied with men’s actions here is fruitless because at the end of the day “the bar is the floor.” There is a great deal of pressure-induced suffering, and the student body at Columbia doesn’t seem to realize that (i) part (but not all) of it is inflicted by the University, and (ii) it undermines a whole community.

That being said, I have never learned as much in my 19 lived years as I have in the eight months I’ve spent at Columbia. The dangers, the insecurity, and the occasional loneliness of living abroad in a way make me stronger every day, and the friendships I’ve built here never fail to teach me the most precious lessons on humanity, loyalty, and humility.

So I guess my mom was crying for the wrong reason on that sunny summer afternoon. I’m not actually safe from some degree of hardship here, nor will I be after I graduate, because no one is really safe from the possibility of bad experiences anywhere. But I’m stronger, more resilient, and I’m learning, as I came here to. And when I come back to Brazil in a few years this degree may or may not open several doors for me, but it won’t really matter. What matters is how I’ll use what I’ve learned to break their hinges, so that others won’t need to come as far as I came to find a key.

The author is a first-year in Columbia College intending to major in political science with a concentration in Latin American and Caribbean studies.