The many anniversaries of ’68

The many anniversaries of ’68 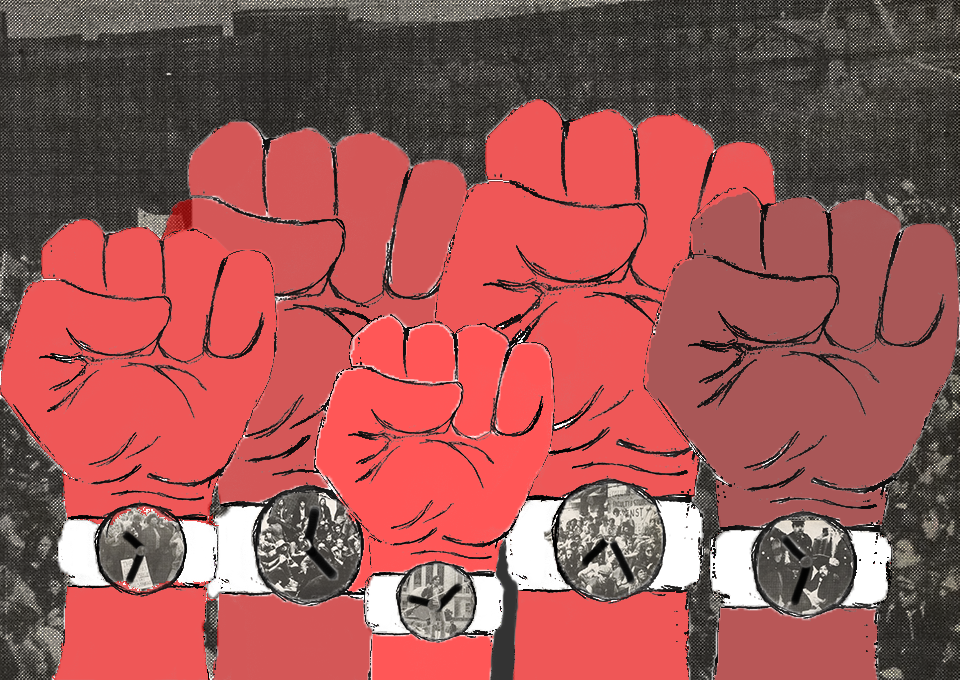 After half a century, the memory of the uprisings at Columbia and Barnard in April 1968 remains pressing and relevant. Each generation on campus sees the past in light of its own experiences. Aspects that seemed crucial—a decade ago, a year ago, sometimes even a week ago—are different from the elements of the story that speak to people in this moment.

Every 10 years, the Columbia community has marked the anniversary with journalism, conferences, reunions, and—at times—renewed protest activity. Looking back over these past commemorations reveals the changing perspectives on that history, while also showing how the University community has come to incorporate the activism of 1968 into its ongoing sense of self.

At 10 years—in 1978—the events were still so contemporary that they hardly yet felt like the past. The Vietnam War had only ended three years earlier, and student activism on campus remained militant and volatile. On April 20, 1978, a panel discussion commemorating the protests devolved into a raucous hours-long demonstration. Hundreds marched across campus until past midnight, with speakers demanding divestment from South African businesses. Finding Low Library locked, a few students managed to briefly occupy Buell Hall, before abandoning the attempt.

The 1988 anniversary looked far different, at least to the sardonic editors of The Jester whose “groovy 20th anniversary protest issue” highlighted the divide between the Reagan years and the Vietnam era. “People often compare the young people of the ’80s to the young people of the ’60s,” the authors complained, “saying how much better things were then, how the young people of today have no political consciousness, but we don’t buy it!” Times had indeed changed, but for the good. “Lots of things are a whole lot better in 1988: drugs, music. … They may have had the Beatles, but we have Bon Jovi and U2. And they sure didn’t have the Beatles on C.D.!” Despite a passing mention of the ongoing AIDS crisis, the students were certain that students in the 1980s enjoyed a more positive and pragmatic view of social life. “Dancing to Madonna and meeting young urban singles,” they wrote, “is certainly a lot more fun and a lot more constructive than getting beaten up by police!”

"The 1968 Columbia Riots have become myth,” asserted a Spectator article in 1998. Judging from the tone of student journalism, this—the 30th—anniversary found the campus community deeply alienated from its radical past. In the age of Mayor Rudy Giuliani and the dot-com bubble, the 1960s appeared to belong to another era. In an opinion piece headlined, “At Columbia, Protesters Give Way to Wall Street Protégés,” a college junior complained that too many undergraduates were abandoning social causes and becoming economics majors, while Spectator’s special anniversary issue suggested that radicals from ’68 had received too much attention. As far as the writers were concerned, it was time to move forward from Columbia’s “contentious past” in order to “get on … to its brightening future.”

The 30th anniversary may have occurred at a moment of relative apathy, but this did not signal the end of contentious politics on campus. The 40th anniversary, in 2008, struck at a time of unrest, with students demonstrating against the ongoing Iraq War and launching a 10-day hunger strike to diversify the Core and expand the ethnic studies program. That year’s 1968 commemorations were also shaped by ongoing protests against the University’s plans for a Manhattanville campus. In a special supplement, Spectator dedicated several pages to analyzing “Columbia’s Relationship to Harlem: Then and Now.” In this climate, current activism revived the stories from the past. During a conference organized by alumni that year, African-American protesters from the 1960s shared their experiences of racism and prejudice on campus during their time as students.

Each of these milestones had its unique elements, as discussion focused on the specific needs of the historical moment: South African divestment, the AIDS crisis, gentrification, Manhattanville expansion. As the years passed, the memories of 1968 also expanded, becoming ever more associated with campus life. The University prides itself on being the “Activist Ivy,” a claim that rests heavily on the events on 1968. Whether viewing it as good or bad, or with indifference, each new generation at Columbia inevitably measures itself in some way against this tradition of protest activism.

Now, the 2018 spring semester will experience a series of seminars, exhibitions, and public events. As the term comes to its climax, graduate students have organized a campuswide strike to pressure the administration to recognize their right to unionize. Although these demands have been on the table for years, the strike will fall on the exact anniversary of the 1968 protests. The connection to the past has provided an important historical impetus for immediate action.

Other discussions today revolve around the rise of xenophobia, racism, mass incarceration, the perpetuation of Forever Wars abroad, and the Trump administration’s threats to democracy. These perils are as pressing as any that have been faced in the past half-century. As long as students, scholars, and activists bring their own questions and causes to the history of 1968, there will always be something new to say.

The author is the Herbert H. Lehman Curator for U.S. history at Columbia University’s Rare Book & Manuscript Library. He is the author of A Radical Line: From the Labor Movement to the Weather Underground, One Family’s Century of Conscience, and is currently teaching a seminar titled “The Sixties in the Archive.”

This op-ed is part of a Scope on the 1968 protests at Columbia. To respond to this op-ed, or to submit an op-ed, contact opinion@columbiaspectator.com.