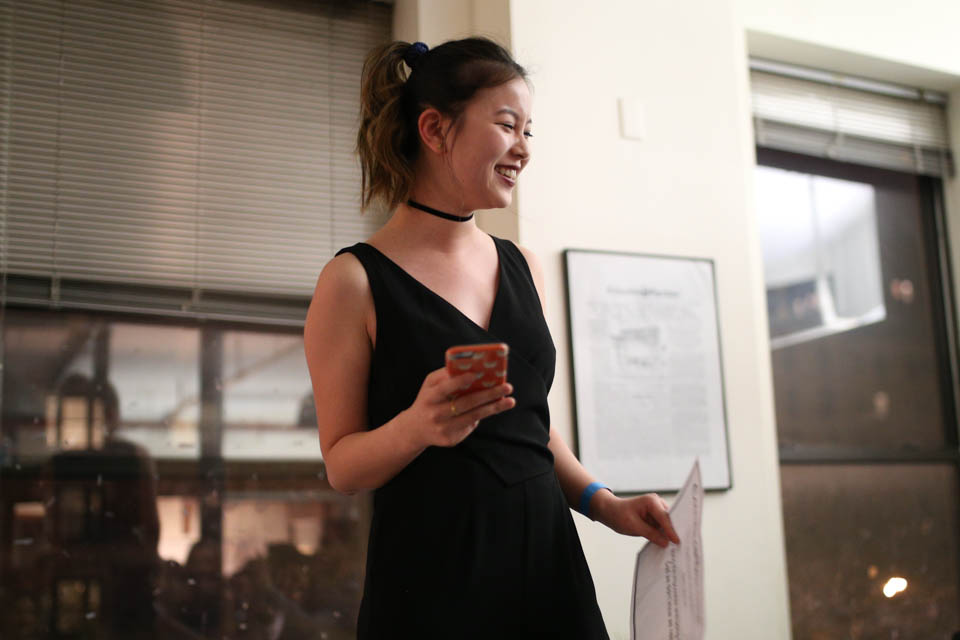 “I still think the most noble title you can have is reporter, and I’ll always feel that way.”

First-year Clara sat in the audience, listening rapturously to former New York Times Executive Editor Jill Abramson as she addressed an audience in Barnard’s Held Lecture Hall. I was barely a few weeks into Spectator’s news section’s training process and, as I listened and watched Abramson speak with then-editor-in-chief Abby Abrams, the inkling that I wanted to pursue journalism as a career grew by the second.

In front of me were two kick-ass women who were actively changing the world. Could I—really, could I, a decidedly unconfident, insecure, and naïve first-year—become like them?

The Columbia Daily Spectator was single-handedly the most influential experience of my college career. I fell in love with the highs of reporting for Spectator—holding people in power accountable, feeling that rush of adrenaline after publishing a difficult story, having the encyclopedic knowledge that came with owning my beat, interviewing powerful administrators, and (I’ll admit) having an ego boost from knowing that my stories made a tangible difference on campus.

I was also enamored by the people and leaders of Spectator. They were so sharp, innovative, and confident. They had a vision and executed it. And when they took me under their wing, I felt honored to have people I looked up to who actually gave a shit about me and would do anything to help me become not just a better reporter, but a better person.

By the end of my first full year at Spectator, which allowed me to investigate formal complaints of a toxic and sexist work environment in Barnard’s career development office, faculty backlash to the Teaching and Learning Center, and Columbia’s compliance with the Higher Education Opportunity Act, I felt that proverbial fire in my belly: This is that noble cause Abramson was talking about. This is what I needed to do in my life.

But whenever there’s a high, a low must accompany it—and it was precisely during the lowest of the lows when I grew the most.

I actually began writing this column last December, just a week after my tenure as Spec’s 141st managing editor came to a close. But it’s not because I was feeling prematurely nostalgic or particularly eloquent. No, I was mad—seething, actually.

My final year at Spectator was not glamorous. I was forced to confront the ugliest parts of the organization that I had obsessively loved, its staff members, and myself.

I came into the managing editor position with an ambitious, sweeping vision. I knew it would be difficult and I would struggle, but I wanted to give back to an organization that had given me so, so much. I wanted everyone in Spectator’s journalism division to experience that journalistic high, that fire in their belly so they, too, could feel like they had impacted Columbia and Barnard.

But I didn’t anticipate just how difficult being a leader at Spectator was, and just how short I would come of that mission.

As each new problem arose—an unexpected move from our beloved 2875 Broadway office to Riverside Church, a migration to a new content management system, or the endless, exhausting staff drama—I increasingly lost focus on the heart of our journalism.

And then there was the sexism that came with being a female editor: male staffers far less experienced than you aggressively questioning your edits or decisions, knowing that people referred to you and other female leaders as “bitches” or “bossy,” and—probably the worst—hearing whispers from people claiming that when female editors spent the time to mentor male staffers, it was only because they wanted to “fuck” them.

Halfway through my tenure, I started to burn out. I was convinced everyone knew how badly I was failing, or how dull my brain had become from daily exhaustion, or how deeply sad I was as I cried in my dorm room after a long night at the office.

How the hell was I inspiring people to positively impact the Columbia community when I was feeling like this?

I needed to regroup—but I knew I couldn’t succeed if I did this alone. So I reached out to old mentors, family members, and Spec and non-Spec friends for support. They helped me accept that there would be people working with me—and in life—who would dislike me for any variety of reasons. They reminded me of the bigger picture, the purpose behind this madness.

I didn’t accomplish everything I set out to do at Spec and I still struggled to do better, be better for Spec until the very end. But I wasn’t alone in this struggle and I sure as hell didn’t stop trying.

I’m now several months removed from the day I started writing this column and, needless to say, I’m no longer seething about sexist staffers, office politics, or all the things I could’ve, should’ve, and would’ve done to make Spec and Columbia better. There’s a new crop of passionate, talented Speccies who are leading the charge, speaking truth to power, and growing from their own triumphs and failures.

As I prepare to graduate, I know life outside of Spec will have its own highs and lows. There will always be things to report on and change in the world. I will always have insecurities to confront, flaws to improve upon, and knowledge to gain. But I’m miles away from the girl who was sitting in Held Lecture Hall—and that’s a testament to the Spec experience.

And you know what? I did kick ass.

J. Clara Chan is a Barnard College senior majoring in English. She was a news senior staff writer for the 139th volume, news editor for the 140th, and the managing editor and vice president for the 141st.