Holding up the mirror

Holding up the mirror 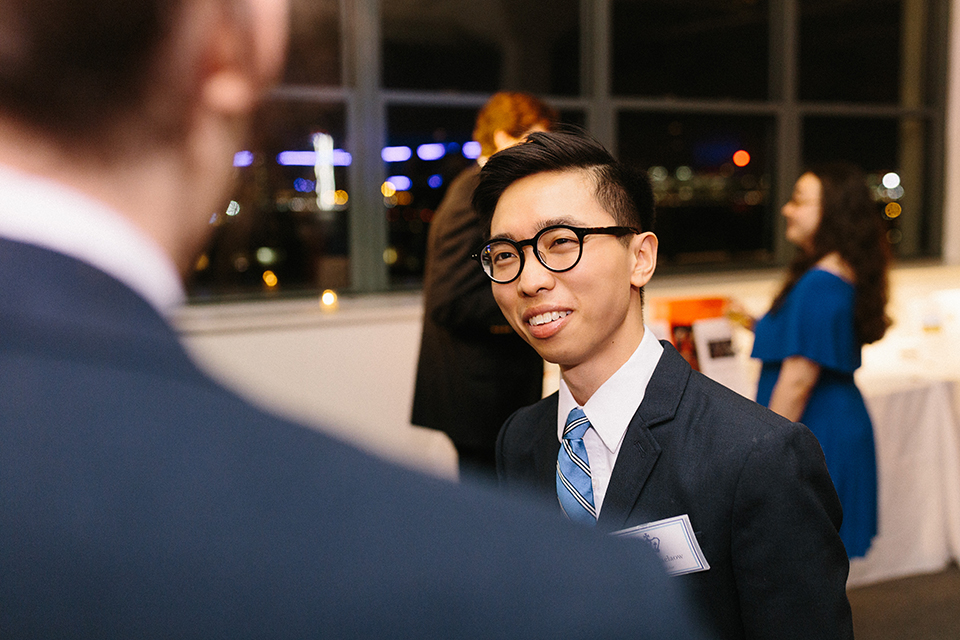 The word “Spectator” has its origins in the Latin specere, meaning “to look” or “observe”—an imperative that this paper has attempted to carry out for the past 141 years of its existence. Aside from this crucial mission of turning an incisive and objective lens onto our campus, the act of looking has taken on additional shades of meaning as I approach the end of my time at Columbia. Indeed, the Latin word for mirror also shares the same etymological root as “Spectator,” reminding us of the constant need to take a step back and gaze upon our likenesses in the glass. At the end of four years of college and three full terms dedicated to this organization, past the the haze of calendars, newsprint, and revenue projections, I can hopefully see things with a little more clarity.

More specifically, I’ve been thinking a lot about time. I don’t intend to nag at you with tired platitudes of “enjoying it while it lasts” or “how the journey is more important than the destination.” Instead, I hope to take this opportunity to wrestle with something T. S. Eliot declares in his Four Quartets: “In my beginning is my end.” As I approach the end of my college career, I’ve begun to think about the consequences of every decision that I’ve made since the beginning of college, reflecting on how and why I’ve gone down this specific path.

I came to Spectator after a brief detour in the Singaporean military, intending to pursue a course of study in some combination of creative writing, English, and economics. Having decided that I would be doing far too much writing in class (I was right), I opted to join the business division and set about immersing myself into the strange little quirks of this organization—the idiosyncratic graphic designs of our late beloved ad sales manager and resident sage Dan Smullyan (rest in peace), the vending machine that was empty more often than not, the relentless clamor of the office at all hours of the night. Under the gaze of friends and mentors such as Michael Ouimette, Daniel Friedman, and Caroline Chiu, Spec proved a lens through which I could understand and navigate the foreign landscape of Columbia as well as the city that lay just beyond its gates.

I grew cognizant, too, of the heft of the opportunity costs that I was incurring, recognizing the grades, time spent with suitemates, or sleep that I forewent in the name of growth and of carrying out my duties. At the same time, however, it was clear that my time spent alongside colleagues—such as the indefatigable and brilliant Catie, Clara, and Sophia, as well as the ever-lovely responsible adults Ellen and April—had results, both for myself as for the organization, and that kept me going. Perhaps even more crucially, I had the privilege of mentoring my own series of younger charges—such as the very capable Michael, Austin, Nima, and Billy—who were well along on their own voyages of learning and discovery amidst the rough-and-tumble of the office.

Just as importantly, I glimpsed the relentless interplay of constancy and change that roils any organization, big or small. Spectator, like many groups, faces a strange paradox of heritage and innovation—touting a 141-year history and all its associated baggage while striving to remain in touch with the pulse of an ever-evolving campus. Every decision involves the abstract calculus of whether it would be in line with our branding, and more importantly, our values, as well as whether such measures are as cutting-edge and effective as they could be. Look no further than the consolidation of our print issues to once a week back in 2014, a decision momentous enough to induce a trustee’s resignation and inspire coverage from the New York Times and other papers. It’s clear enough that Spectator has undergone endless shifts (and no end of reversals) in the intervening years since its founding in 1877.

Herodotus argues that you never meet the same man or cross the same river twice—in the intervening rush of seconds, minutes, years, people and things shift in ways subtle or overt. So—in the manner of the Ship of Theseus—what makes us the same organization that once owned and operated its own printing presses, or relied on analog darkrooms to develop our photos? Or: What makes first-year Anurak, with his chronic phone-shyness and abject sense of style, the same person as the guy writing this column?

In the spirit of gazing into the mirror, and of Eliot’s words: It seems to me that our personal journeys and the shifting face of the organization have always been on parallel tracks. In our beginnings is our end. What we set out to do—to grow, to adapt, to improve the campus in whatever ways we can—has come to continually inform our every action, and goes on to have implications for the future. Even if the guises and methods have changed, what we see in the mirror must continuously hew to the outline of our personal and organizational missions.

At the same time, at the risk of reducing myself to a teleological argument, I contend that our relationship with the past—even if fuzzy, ill-remembered, clouded over with the dust of age—is crucial to whatever we hope to achieve. My time in Spectator can be framed as a buoyant period of growth and maturity or a futile exercise in treading water and weighing the opportunity costs of my effort. Spectator itself could trudge on as a relic of the age of horse-drawn carriages or continuously reinvent itself as the most enticing place for journalism, business, and tech in a campus teeming with genius. It is the stances that we take—in our reflections, in the way we induct new trainees, in senior columns such as this one—that determine how productive these recollections really are.

Promisingly enough, Eliot offers a chiasmic inversion—or, in the spirit of this piece: a mirror image—further down in his poem, stating: “In my end is my beginning.” Indeed, in the waning days of my time in the publisher’s office, I thought of every decision I made through a retrospective lens, wondering if each thought or message would have a bearing on my legacy and my place in the collective memory of this paper. I realize two things now: that any notion of legacy is overblown, self-aggrandizing, and probably futile, and that we cannot possibly aim to write history as we are living it. Instead, what we can do is keep a vigilant eye on the mirror—not to preen or exult, but to continuously check if the changes we’ve made (to ourselves, to this campus) have been for the better. Or to see if what lies in front of us is as bright and clear as what we leave behind.