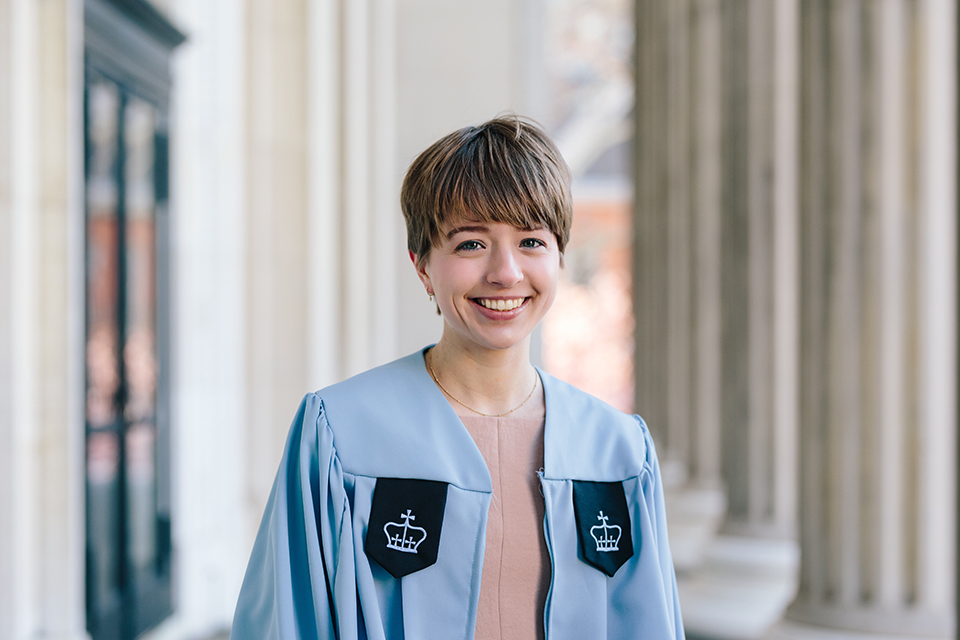 I once worked for a woman who, after deciding to move to Silicon Valley for her husband’s new job, lamented that she would have to break up with New York.

We were crossing Broadway right in front of Lincoln Center, when she abruptly stopped the stroller and, standing almost directly above a manhole, murky steam swirling around her ankles, looked at me with eyes full of agony. She was heartbroken.

This moment has stayed with me as an example of the intense relationships we can build with locations, institutions, and even ideas.

Right now, I’m preparing to break up with Spec.

But this isn’t the first time I’ve broken up with Spec. And knowing we’ve missed out on time that could have been spent together is bittersweet.

The first time I visited Spec’s old offices on 112th Street and Broadway, I never made it inside. The second time I visited, I managed to make it up the front staircase, and when I finally did, I quickly left.

There was something about all of the bodies crowded into the Spec office that immediately filled me with dread. Having gone to an impossibly small public school district I did not realize the profound anxiety I would feel when it came to socializing in college.

When I finally made it back to the office for the spring open house I was prepared. I sat through the introductions, put my name on the news section list, and made sure to introduce myself to the editors I wanted to work with, already ashamed of my late start.

I interviewed and began working as a news writer, and while my incredible shyness likely made me appear standoffish in the office, I desperately wanted to feel like I belonged. My deputy, Teo Armus, taught me how to write and made me feel valued. My first semester working for Spec gave me the sense of identity I so desperately needed and helped me to talk to people within the neat confines of interviews.

When I got back to campus my sophomore fall, most of the people I had worked with the semester before were no longer at Spec. I had a 20-hour-a-week internship, which quickly took up what little free time I had before. I reached out to Spec, tried to see if we could make it work, but was told we should take a break.

I agreed. I made plans to reconnect in the spring. But, like most love stories, our reunion did not go as planned.

Having lost almost all of my personal ties to Spec, I was asked to apply again. And I did. I went to open house, filled out the application, and sat through another interview. And after waiting several days, with the same butterflies you get when you wait to see if a hook-up will text back, I waited for the email that would tell me my on again off again relationship was back in swing.

What I got was a rejection.

I was told there wasn’t space for me at Spec. And this broke my heart. I remember opening the email on College Walk and feeling like there was no place for me anywhere. My identity has always been as a writer and without an outlet for my writing, I felt as if I could not write at all.

The spring passed in a daze as I moved from publication to publication trying to find a spark. I sat in on many Blue and White meetings and briefly considered working in radio.

When I got back to campus I was desperate to get back together with Spec. I knew the deputy news editor for the newly formed Barnard zone, J. Clara Chan, as a fellow Barnard English major and begged her to let me join her team.

Clara terrified me and made one thing clear from the beginning, I was being given an opportunity but I needed to work for it. I needed to show I was absolutely committed. Under her guidance I quickly reshaped my life around Spec.

And while I improved immensely as a journalist under Clara covering Barnard’s divestment campaign and building close source relationships with members of the Barnard Student Government Association, I continued to remain anonymous in the office. I did my work, I barely spoke, and then I left.

That changed when I met Jessica Spitz. J.J. pushed me in new ways and she showed me how your boss, someone you respect, can also be your friend. Until I started working with J.J., I entered every situation at Spec with profound anxiety. On the night she asked to meet with me to tell me she wanted me to rabbitshoot to be a deputy news editor, I had convinced myself that she was going to fire me.

Becoming a deputy changed everything. All of a sudden, Spec and I seemed to be committed. And with this new step came new challenges. I had no choice but to overcome my social terror.

Around this time last year, I was downtown studying when J.J. texted me to ask what time I was planning on going to Spec Dinner. I hadn’t been planning on going at all. This was not an acceptable answer. J.J. made it clear that being a deputy came with social responsibilities and that if I wanted to have greater presence in Spec’s professional world, I’d have to find a way to exist in its social world as well.

At the time I resented this. I cried on the subway ride home, so acutely uncomfortable with attending a party I hadn’t spent days mentally preparing for. But I went and it wasn’t awful. When I think back on it, this whole time, what I had been missing was knowing that someone wanted me to be there.

A year later, while I wish I had learned these lessons sooner and had not taken time away, I’m tired of being ashamed of everything I haven’t done. Instead I’m proud of what I have.

Today, I leave behind the Barnard zone in better shape than I could have ever imagined. We have more writers than ever before and I am confident they will continue to challenge Barnard to be the best version of itself. Just as Spec has challenged me to be my best version of myself.

I wouldn’t be writing this column if it weren’t for Clara. Thank you for giving me a second chance. Clara is also part of a trifecta of phenomenal Barnard women and Species that I have always admired. Clara, Catie Edmondson, and Rébecca Ausseil, it is an honor to graduate with you.

J.J., not only am I thankful that you also like Hall & Oates, Billy Joel, and Mamma Mia, but I would never have found a home at Spec without you. You entirely changed my course.

To Rahil, you make Spectator fun. Thank you for making news a family. I am constantly impressed by your integrity, ambition, and thoughtfulness. You make me feel appreciated. I hope that everyone takes the time to appreciate you.

Katherine, you are one of the kindest people I know and I’ve appreciated every act of kindness you’ve shown me.

My Spec kids—Susu, Val, Caprice, Lilly, Kim, and Juliette—getting to work with you is the reason I love Spectator. I am incredibly proud of the work we have accomplished this year. I cannot wait to see what you’ll do next.

And to my best friends, thank you for listening to me talk about Spec every single day, for helping me brainstorm ideas, and source stories, for letting me cry when I’ve had a bad day at the office. Thank you for counseling me through my relationship with Spec, the moments of love, puppy love, and unrequited love. Thank you for helping me know that if I hadn’t found my place at Spec, I’d always have a place with you.

Aubri Juhasz is a senior in Barnard College studying English and political science. She served as a deputy news editor for the 142nd volume and has been a writer, somewhat inconsistently, for Spec since the 139th. She is remaining in New York City this summer as an intern at New York Magazine and plans to ride the LIRR home frequently to visit friends—but mostly to go to the beach. She will miss Barnard’s Midnight Breakfast and the many post-midnight meals eaten at Spec.