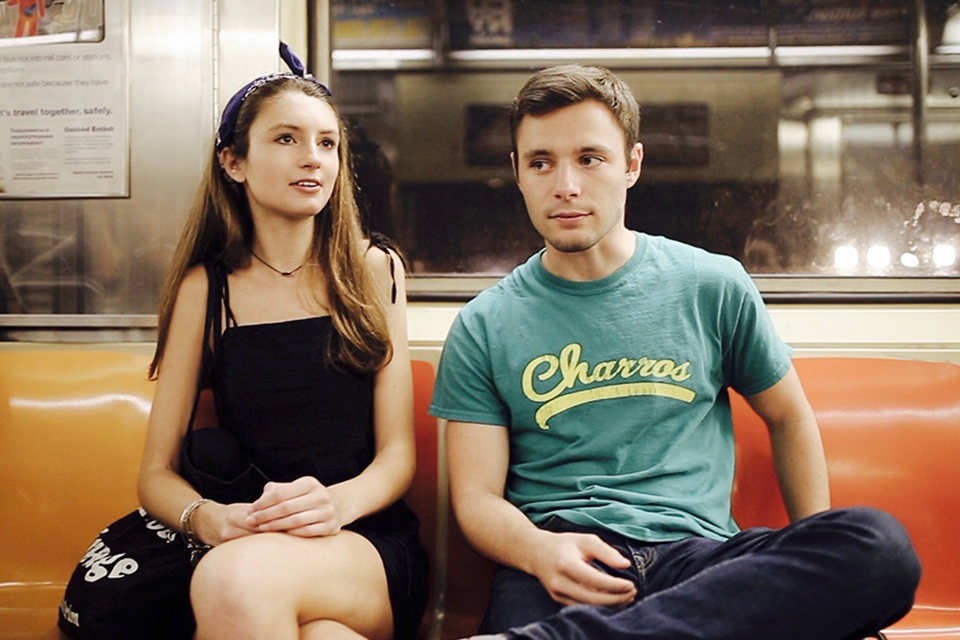 We probably have some “Columbia things” in common. I was accepted to Columbia in March of my senior year of high school, like you probably were; this acceptance was quickly followed by a bulk order of swag and overpriced T-shirts from the bookstore, like yours may have been. But my first year probably didn’t look a lot like yours.

I didn’t live in a dorm. I didn’t take my meals with friends in a dining hall. I’ve only been to a dining hall about three times, I think. I didn’t have an orientation week with an OL and a list of preplanned scavenger hunts and icebreakers and drinking games. I didn’t have a fake ID, I never set foot in a frat house, and I knew at least the first name of pretty much everyone who went to my school. I spent no late nights in Butler, and my equivalent library was a temporary plexiglass box in the middle of a thirteenth-century French courtyard that closed at 8 p.m. (so actually, an all-nighter wasn’t even conceivable). My Core classes were half in English, half in French. My classmates were literally from all over the world: The first three friends I made were from California, Lithuania, and Martinique.

I actually started on campus in the fall of my junior year. As a student in the dual B.A. program with Sciences Po, I had spent my first and sophomore years in the little beige medieval city of Reims, France, where I lived in quirky apartments, drank a lot of cheap wine, and muddled through four semesters of Rousseau, Bourdieu, and Foucault. French university is pretty different from what American students are used to: Apart from being almost free, the school isn’t actually expected to provide services to students or serve as the cornerstone of a young person’s social life as it does in the U.S. It’s kind of just a place where you go to class, and once the bell rings, you’re on your own.

When I got here, I was brand new and clueless while most of my classmates had long since established an identity, a friend group, and a role for themselves on campus. For me, this anonymity—the opportunity to reshape myself in a new environment—was as daunting as it was exciting.

I’m pretty sure one of the opening sentences of my Spectator application letter was “I want to make friends.” Whatever exactly it was that I said, I wasn’t kidding. I had no time to lose; if I wanted to get the most out of Columbia in two years, I decided, I needed to find a group of like-minded people. I needed something to latch onto, a project. So I probably sounded a little desperate.

I had never written for a publication of any kind before. In fact, I had hardly even written in English for at least a semester (my last semester at Sciences Po was pretty French-heavy). Most of the juniors at the Spectator open house I attended were already veterans. They were in management roles, they were well-known on campus, they had inside jokes, and their bylines were plastered all over the office walls. I was impressed, intimidated, and in awe of these people.

I couldn’t tell you whose decision it ultimately was to give a junior (and doesn’t a junior already have one foot in the Columbia grave, metaphorically speaking?) a chance at making an impact at Spectator, but I want to thank them (you, if you’re reading this). Thanks for seeing beyond desperation and post-first-year confusion, and for having a little faith.

And to anyone else who’s slogged this far through my nostalgic romp with me, I want to serve as an example for you. You don’t have to be a wide-eyed first-year, an experienced journalist, or even a particularly good English speaker to make Spectator, or any other student organization, or Columbia as a whole, your home. Your identity in a campus setting, your role, your friends—these are all fluid and bound to change within four years and more likely within only a fraction of that. Don’t be afraid to be the new kid again: It may be the key to finding a home you didn’t know you needed.

Madeleine Leddy is a senior in the dual B.A. program between Columbia and Sciences Po studying comparative literature and society. She was co-editor of arts and entertainment for the 141st volume and deputy Spectrum editor for the 142nd. She is, perhaps against her better judgment, returning to France, where she will once again exercise her skills in navigating European bureaucracy, judging people from café terraces, and haggling with the boulangère on the Rue du Faubourg Saint-Antoine. She will miss Whole Foods and Westside a lot but she’s pretty happy to be going back to Monoprix.