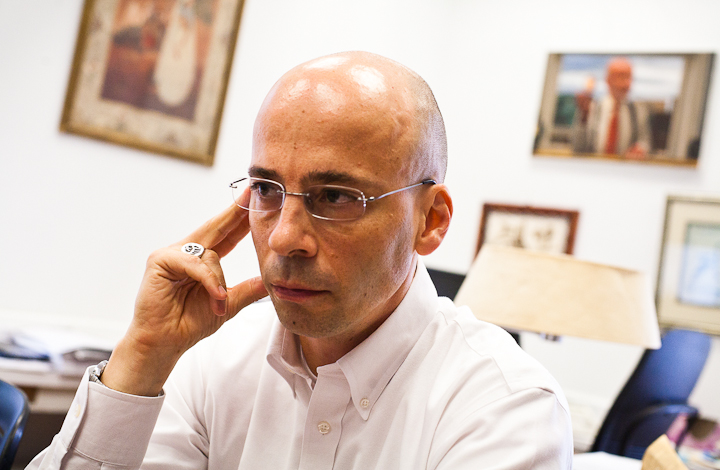 On August 21, 2018, the General Studies community received an email from Dean Lisa Rosen-Metsch that she had “removed Tom Harford from his position as Dean of Students after conduct that is unacceptable in light of his responsibilities was brought to our attention.”

Two days later, Dean Rosen-Metsch sent a follow-up email, which vaguely seemed to address concerned responses from students by referring them to Columbia Psychological Services if necessary. The email still made no clarification of Harford’s conduct.

Five days following that second email, a lawsuit was filed in the Southern District of New York in the amount of $50 million against the Trustees of Columbia University—and Tom Harford.

In the lawsuit, an unidentified woman enrolled in GS, Jane Doe, alleges that after seeking help from Columbia Sexual Violence Response this past May—and having been referred to then-Dean of Students Harford—he coerced her into sexual acts in exchange for cash, housing, and financial aid.

If the allegations are true, this man is a monster. That much is clear. But the lawsuit also alleges that other members of the Columbia administration were made aware of at least some of the inappropriate behaviors that Harford perpetrated, and yet they purportedly did nothing.

The complaint details how Doe reached out to SVR regarding a cash gift from Harford. SVR in turn raised the issue with administrators, who allegedly did nothing. GS Vice Dean Curtis Rodgers was allegedly aware that Harford provided Doe with the cash and that Harford texted her, yet according to Doe, Rodgers did nothing. Doe also alleges that her advisor questioned her constant contact with Harford, but that “Columbia failed to take any steps to protect [Doe] from harassment.”

As far as we can tell without any transparency, throughout her time at GS they did nothing.

There are systemic issues at GS—and in the larger Columbia community—that need to be addressed. According to the allegations, multiple members of the GS administration appear to be complicit in these actions, and they must be held accountable for this horrific incident. Even if they weren’t complicit, how is it possible that Harford was able to make himself solely responsible for this woman’s financial aid and housing needs with zero oversight? Harford was appointed Dean of Students in 2012—if we’re only discovering his misconduct from this past summer, who’s to say that he hasn’t conducted himself in this manner previously? We already know of other instances of sexual misconduct by Columbia faculty. Who’s to say it isn’t still happening right now?

This woman is now unable to attend this university, and how on Earth could we blame her? As far as the community can tell based on the lawsuit, the system failed one of us at nearly every level, and the only action taken so far is Harford’s removal.

Harford’s behavior shouldn’t just be “unacceptable” because Columbia got sued. Dean Rosen-Metsch, when are you going to tell us how this was able to happen? Your third email to GS students this academic year, welcoming us to campus on the first day of classes, is woefully inadequate. It made zero mention of Harford’s misconduct or your plan to prevent similar behavior from occurring. People are hurting, Dean Rosen-Metsch. As concerned members of this community, we deserve an immediate plan of what GS—and Columbia—is going to do prevent this in the future.

And my fellow students, faculty members, and administrators: what are we going to do to make sure this incident doesn’t just get swept under the rug? We have an obligation to get this right, because it just can’t continue.

The author is a junior in the joint program with GS and JTS studying American studies, linguistics, and Jewish law.