The Dean and I

The Dean and I 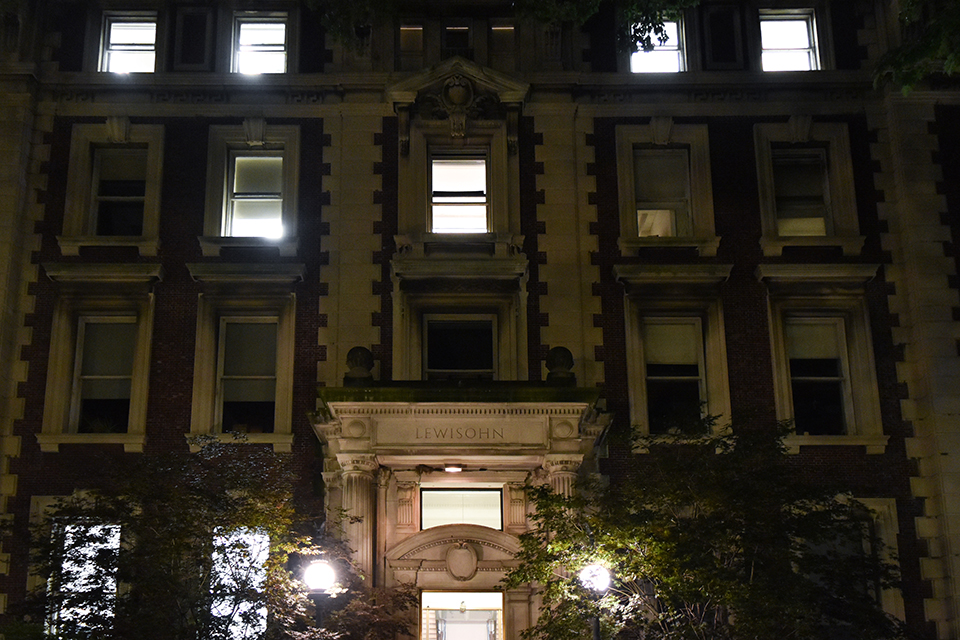 I used to literally skip out of Tom Harford’s office on the third floor of Lewisohn. I distinctly remember having a massive grin on my face every time I walked down the staircase, going out of my way to declare to my friends that he was “a homie.” To this, my friends would roll their eyes and call him my “academic sugar daddy” or my “fairy godmother.”

These nicknames stemmed from the fact that nobody, myself included, could quite figure out why the now former GS dean of students paid such particular attention to me. Tom Harford, using the massive power he had, did extraordinary things for me in the two years that he was my adviser. He helped me out of several situations where I felt desperate and stuck, and my life is objectively better because of it. We spent advising sessions chatting freely and laughing, and I actively enjoyed those hours, at the time.

Still, it would be disingenuous of me to say that I was entirely shocked when news broke of his alleged sexual manipulation and harassment of a 25-year-old student. Before I go on, I want to make very clear that I do not consider myself a victim of Tom Harford’s, nor do I think he harassed me. Rather, I hope that my experience of having a man I trusted and admired be outed as an abuser can contribute to a greater conversation about power dynamics.

I wasn’t entirely shocked because I had lightly considered the possibility that Tom Harford was a highly amoral, manipulative man in the same way that I have considered the fact that any cab driver could murder me and dispose of my body in the Hudson River.

There was a clear point when I realized I received special treatment from a powerful man, and also a point when I realized that academic and professional concern couldn’t account for all of it. I did not know anything about his alleged capacity for abuse, nor did I actively suspect anything, but I felt odd about our interactions all the same. It was not until news broke when I realized how damning that awareness was.

Discussions about the Harford allegations without fail skewer the plaintiff for participating in a relationship after it had become clearly coercive and inappropriate. What about the fact that he had allegedly used his administrative power to radically change her quality of life? Or the fact that she says she was literally presented to him as a victim, enduring every difficulty in circumstances imaginable? Ignoring the crucial help the student received from Harford would be purposely refusing to assess the alleged situation as a whole. I can relate, though on a smaller level, to feeling like the only help I had with navigating Columbia came from Harford, and that discontinuing our questionable relationship would be discarding the many benefits it brought.

Pointing to a victim’s awareness of impropriety to devalue her experience of manipulation and abuse entirely ignores the complexity of power dynamics, especially those between a powerful administrator and a female student. When we focus our interrogation on why a woman went up to Harvey Weinstein’s hotel room alone instead of on why Harvey Weinstein was raping women in his hotel room, we create a protocol where the only believable context for manipulation and abuse is one where the victim is totally blindsided, hoodwinked, passive. Demanding that unrealistic standard be met in order for an experience of abuse to be validated is as ugly and pernicious as any other type of victim blaming.

Looking at manipulative dynamics from a purely cost-benefit perspective is unrealistic, and too limiting. I cannot honestly say the help he gave me was the only thing I liked about our relationship, because I actually quite enjoyed our interactions. Before the worst of my suspicions were confirmed, it felt good to be acknowledged by a powerful man, and to feel that I had some sort of friendly support in the administration. The frisson attached to being validated by men in power is one that is drilled into women at a young age, and feels almost instinctive. The situation is a bit like when a bartender plies you with a lot of free drinks—you’re getting free drinks, and it feels kind of nice that someone would want to give you free drinks, regardless of how selfish their motivations might be.

Why do we demand evidence of passivity and ignorance from women who have come in contact with abusers in order to believe in their abuse? The casual excitement I felt walking up to Harford’s office and near-glee I felt when leaving were agents of his manipulation, purposely set in motion by him. To hold me—and those who have suffered worse manipulations—accountable for feelings that coalesced under false pretenses is purposely remiss and dangerously unfair.

It has been disturbing to grapple with the fact that the things I enjoyed most about our relationship have since been recast as manipulation tactics. But realizing that mainstream discourse on perverted power dynamics refuses to engage with the grisly, viscerally human emotions that accompany such dynamics was what liberated me from almost obsessive thoughts about how I could have so basked in the warmth of a dumpster fire.

My experience is a peripherally relevant one in the recent allegations against Tom Harford. Yet even from where I stood, I felt the devastating, nauseating shock waves that kind of news creates. To imagine what standing closer to the epicenter of the abuse feels like is heartbreaking and damn near impossible. To hijack and weaponize the fraught emotional spectrum that accompanies an experience of abuse or manipulation is an especially cruel injustice.

Instead, we must allow victims to be nuanced while maintaining the legitimacy of their victimhood. Only by doing this do we allow them to be human.

The author is a junior in GS studying English, a former Spectator columnist, and a current trainee for Spec Opinion. Reach her at aai2123@columbia.edu.