Take the time to fully feel

Take the time to fully feel 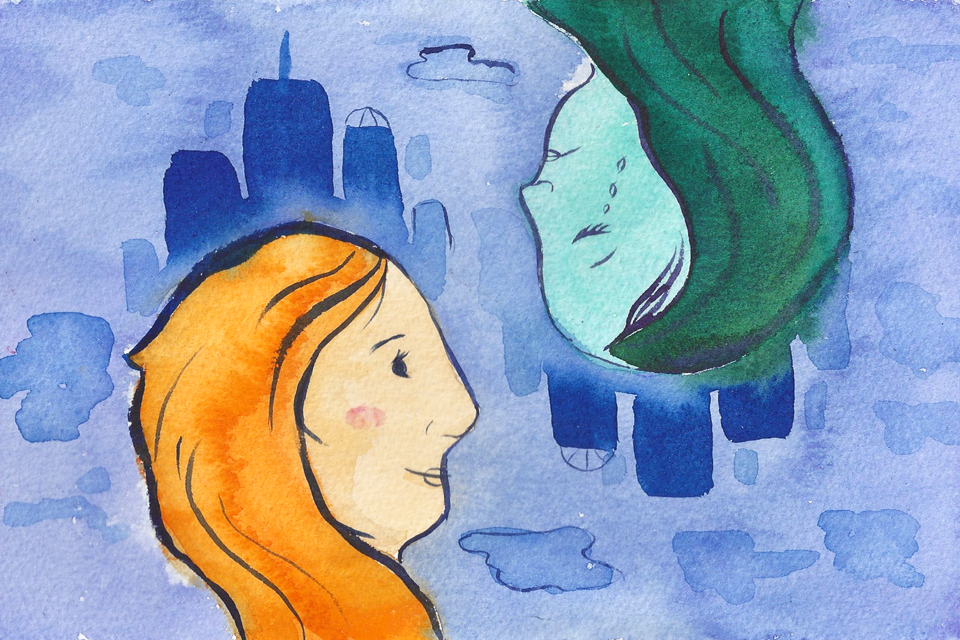 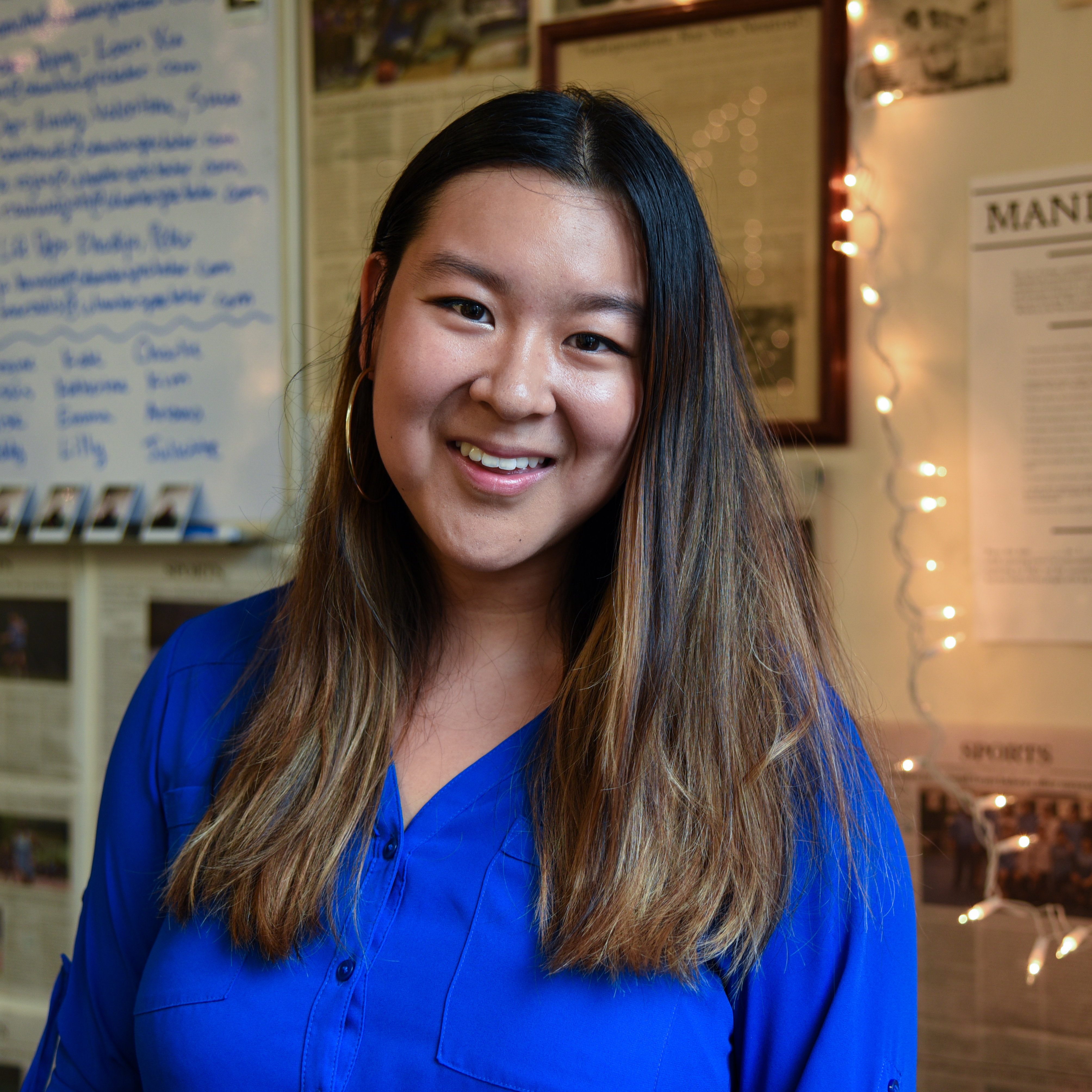 Going to school (at Columbia, a place that budgets a significant amount of money for the simple purpose of lawn-manicuring) 2,000 miles away from home (a place whose only claim to fame is Debbi Fields of Mrs. Fields cookies) has been quite the experiment in emotional liberation. For the first time in my life, I’ve found the freedom to fully feel. I bask in the many opportunities that this city offers for experiencing and emoting; I am captured by things like the beauty of architecture. On my way to class I say things like: “The slope of ceilings! The slope of ceilings and the way the rust on them just glows!”

The people that I love most in this city are empaths, too, and they’re also constantly struck by revelations. One time, a friend, in the middle of our conversation, suddenly paused. I waited expectantly. What followed was an invidious stream about the injustice of how few the days are that Columbia students are actually permitted on the lawns. I agreed enthusiastically—horticulture really is wasteful; I want my money’s worth too, goddamn it!

But in the snappy frame of mind that the city lifestyle demands, a heart-on-your-sleeve approach—or any kind of feeling, for that matter—has its drawbacks. Columbia––and New York City, by extension––quickly turns ceiling awe into spiraling floors. Picture: frustration from being squeezed between (male) legs on the train escalates to desolation at the grocery store when the person in front of you snags the last bag of navel oranges. On campus: a paper handed back with nothing more than a slew of colored lines leads to thoughts of I thought you wanted to be a writer. Do better. Moments like these are commonplace, and in order to prevent our feel-so-much from turning into a debilitating feel-too-much, we quickly learn that we have no time to “waste” stewing in hurt. We rage quit Trader Joe’s (I got manspread into a pulp only to be robbed!). We think, “Maybe I’ll try my hand in private equity.”

Temporal efficiency becomes a dangerous game to play, though, when tragedies—and in particular ones we have little control over—inevitably strike. Among the hustle-bustle of day-to-day life in New York, anyone searching for space to hurt or grieve finds little room here to do so.

When my friend Caroline passed away at the beginning of this year, I found myself often making the impossible choice between attending meetings or tending to my grief. As a solution, I adopted the veteran New Yorker technique of walking in straight lines and carrying straighter ones on my face—feelnothingatall. By day, I chewed on bagels, looked at John Singer Sargent paintings, and did whatever else people here do to cheaply anesthetize. By night, I called friends from home. Everyone seemed to be doing well, settling into the quaintness of Bloomington, Indiana, or Davidson, North Carolina. I complained about how much I hated New York and how hard living—and hurting—was.

Over the next couple of months, as I waited for another friend to wake up from a coma, watched wildfires rip through miles of homes away from home, and (barely) pulled myself through a searing breakup, I began to wonder if the best way to roll with the punches really was to eliminate my ability to feel the bruises, to assimilate into an urban eh that my classmates so expertly used to brush off their own setbacks. I figured that I had nothing left to lose. “You’ve done it,” my friends remarked on the phone one day. “Living in New York has flattened the California high-low lilt right out of your voice. You sound dull. Dead, even!”

But on trains, no matter how hard I tried to maintain my composure, I still burst into tears. I started making lists to distract myself from feeling—low-demand grocery items, alternative career options, anything to strike out life dimensionality. But I found that as I traveled between Here and There, my words, instead of maintaining my surface deadness, began to morph into undercurrents of joy that ran under the city’s and my own thickly layered apathy. Different kinds of neurotransmitters, fleeting moments of kindness (strangers retrieving balls, delivering undeserved smiles), memories with Caroline. I remember how at water polo practice, as the rest of us groaned about how the burning in our quads was the only thing we could feel, she always piped up on cue, “If you smile, it makes it easier!”

The memory conjures a strange mix of laughter and tears every time. Snot and joy and pain mingling in a noise that sounds more like a back-of-the-throat symphony than an ephemeral eh. When I think now about how I moved forward that semester, sitting on floors with friends and sending the echoes of our laughter to the spaces above, I figure that as we continue to move between Heres and Theres, we might as well do what Caroline did all along: embrace dopamine and serotonin—this city’s cheapest painkillers by far. As long as we can grin through the pain and feel-so-much, we can, and always will, feel-so-much-better, too. The best kind of joy, after all, hits so hard it properly aches.

And ache it did, as I watched, out with friends on the lawns, sunshine cascade across the enveloping line of rooftops above my head. So much so that I was struck with a tumbling revelation. “After realizing how awful it is,” I told my friends, “that this university is spending all of this money on errant greenness and that we have two, maybe three, days left before the red flags are shimmied up, we might as well, while we’re feeling and hurting and living, roll here for as long as we can, and get our money’s and our heart’s worth.” Everyone nodded, euphoria and anger and pure vivacity curving across their faces. Repeated, with a charming high-low chime of their own: “I want my money’s worth too, goddamn it!”

Amy Gong Liu is a senior in Columbia College who should have gotten her degree in turfgrass science. Follow her revelations in real time on Twitter @amygongliu, and send her some eudaimonic moments of your own to amy.gong.liu@columbia.edu. The Lyricism of Marginality runs alternate Tuesdays.