You are here, now here’s to you

You are here, now here’s to you 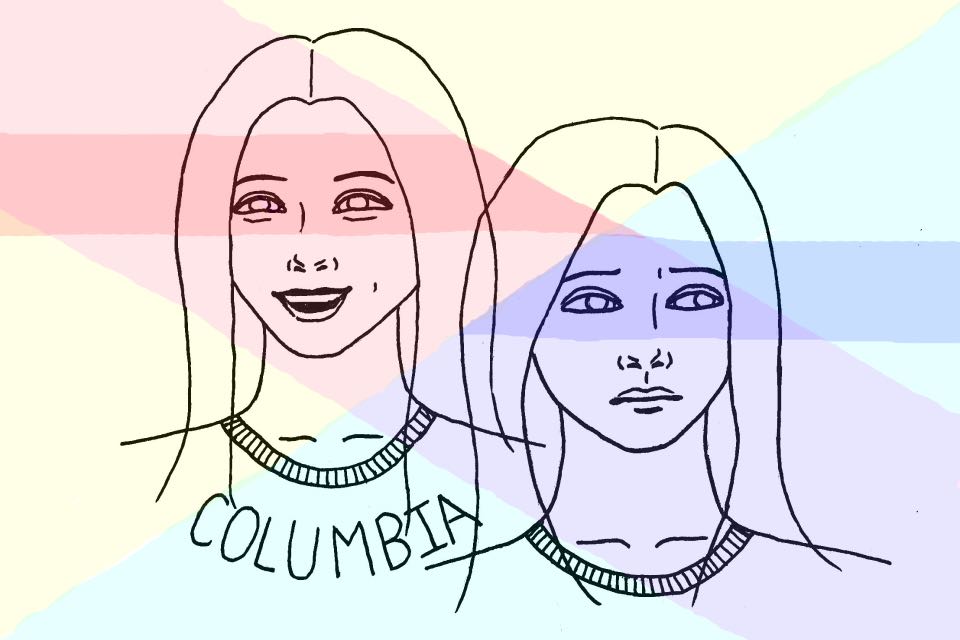 As I walked out of the last final of my first year of college, I texted my dad that I had finished and that I thought it went okay.

He responded quickly, “You did it! You finished freshman year!”

A beat later he added, “You can do anything!”

My stomach sank as I watched those words flash across the screen—my dad was so proud of me, but he didn’t know that there wasn’t that much to be proud of.

Throughout my first year in college, Cs littered my transcript in subjects I once excelled in during high school. I submitted papers late out of fear that they weren’t good enough. I didn’t communicate with my teachers about the trouble I was having in classes, because I was afraid of their judgment. I didn’t try out for clubs I found interesting, simply for fear of rejection. When I did apply, I was quickly dismissed and subsequently admonished myself for ever thinking I could get in.

Meanwhile, the halls outside my Carman door overflowed with people bragging about their good grades, extracurricular leadership roles, and internships—all while competing to be the person who slept the least. Though I was drowning in it all, I didn’t tell my friends because I thought they would belittle me for complaining about my 13-credit load compared their 16+.

Like many of my peers, my identity back in high school was “smart,” but Columbia violently ripped that away from me. It forced me to look at the tattered remains of my past self that lay at my feet and question if I even belong here. I suffered from imposter syndrome that occupied every bit of my mind. It paralyzed me, constantly reminding me of how much money my parents were foolishly spending on my tuition as I stared down at the mountains of reading, unable to complete them because I felt that even if I did, my analysis would not be as intelligent as that of my classmates.

Thus, when I read my dad’s congratulatory text at the conclusion of my first year, I thought I didn’t deserve the praise. I thought I could’ve done better and I was angry at myself for not doing more.

Sophomore year wasn’t any easier. In fact, it was just as hard—perhaps even harder. This university is far more challenging than people admit. It’s heartbreaking to be rejected from internships, to not do as well on an assignment as you had thought you would, or to not find a support system as you watch your peers succeed. But here’s something that I’ve learned from three years of struggling: I am strong because I tried.

It wasn’t until I was sitting in my 8:40 a.m. Russian class one morning this year that this really clicked for me. I’d decided to take a language that I had barely any experience in simply because I found it interesting. There were many times when I would get frustrated for mixing up one Cyrillic letter with another, but also moments of elation when I translated sentences correctly. I would share in the successes of my classmates while encouraging them during difficult grammar lessons. Here I was learning a language, despite its inherent difficulties, and developing a rewarding skill along the way—regardless of grades.

My perception of myself became more forgiving when I realized that, at this prestigious university, I have to be my own biggest supporter. I have to be kind to myself because at the end of the day, when everyone is holed up in their respective seats in Butler, I am all I have.

I’ve had to forgive myself for mistakes, learn from them, and resolve to do better next

time. I’ve had to alter my thinking because doing so was the only way to become more secure about my place here—a place that I deserve. On this highly competitive, stressful, and often impersonal campus, there are certain actions we can take with our thinking to defeat self-doubt. Congratulate yourself on applying to that club. Recognize that you’re brave for going to that interview. Acknowledge that the comment you made in class after analyzing a difficult text was worth and insightful. Any action you take outside your comfort zone, regardless of the outcome, is a small victory. Even just being at this university deserves applause.

This change in thinking takes time and it can be difficult to remain cognizant of how we speak to ourselves internally—week to week, day to day, moment to moment. But this understanding is worth the effort it requires.

Now when I talk to my dad, we discuss everything that I’m doing—both academically and otherwise—and the ups and downs that come with it all. We talk about my future plans knowing that I am much better equipped to handle any future challenges because of the resilience and positive thinking I’ve learned here.

The author is a Columbia College senior majoring in history and concentrating in Slavic studies—two fields of study she decided on late in her undergraduate career after trying all that Columbia had to offer. She now encourages others to do the same. Send her thoughts at christina.hill@columbia.edu.