Explore the world beyond the ivy-covered walls

Explore the world beyond the ivy-covered walls 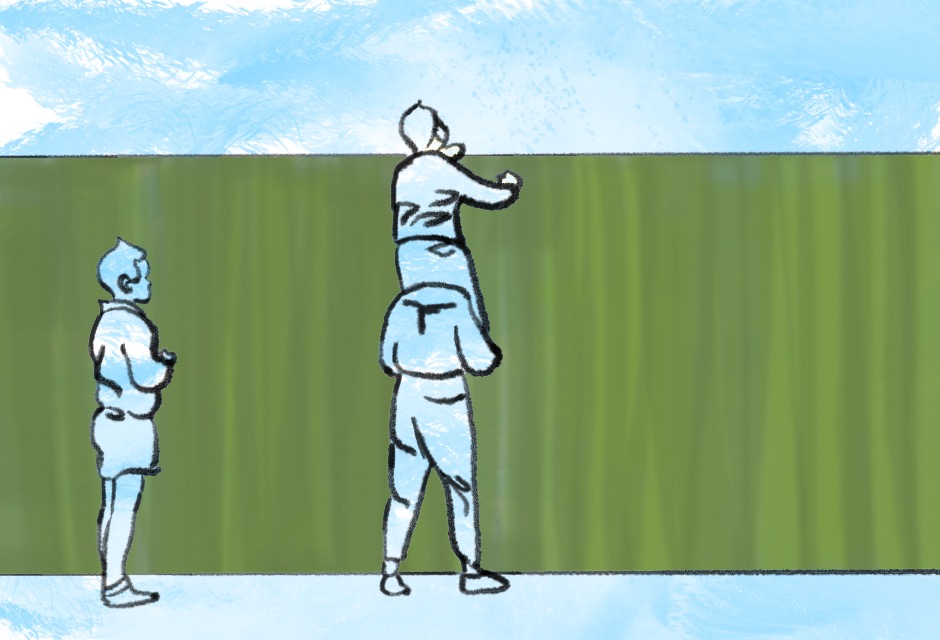 In high school, my daily commute started with a half-mile walk down Dr. Martin Luther King Jr. Boulevard to St. Nicholas Avenue. As I passed the Grant Housing projects, bodegas, churches, and all of the other early risers bustling off to work, I began to realize how little I knew about the neighborhood that I’d lived next to for half of my life. Despite having lived only a couple blocks away from Harlem, I had always gone to school and made most of my friends outside of it. Sadly, the greatest contact I had with the community was my walk to the D train station.

Frustrated by my relative unfamiliarity with Harlem, I decided to do something about it. On my walk back home one day, I stopped by the Manhattan Borough President's office and applied for an internship there. For two summers I worked in the constituent department traveling through Harlem and all over the city, listening to and recording people’s problems. It became one of the most eye-opening experiences I had in high school. Without this internship I likely wouldn’t have learned about the numerous issues in public housing that Harlem residents face. So much exposure made me—a lifelong New Yorker—truly understand how small my bubble had been, how little of the city I really knew.

When I started at Columbia, fellow students would always tell me that the reason they came to Columbia was to be in New York City—to take part in its great diversity, its numerous cultural centers, and its plentiful opportunities. But as my first year crept on, I realized more and more of my friends never left campus. They had too many readings, papers, and midterms to take even a day off from their work to tramp around the city. For many, taking a trip “off campus” meant going to Absolute Bagel.

When I found people who were actually leaving campus, most of the time they were heading downtown to visit museums like the MoMa, or to shop in SoHo, or to listen to jazz in the Village. To my dismay, very few would go to Harlem, except to dash off to retail chains like Party City or Whole Foods. I found myself wondering, why aren’t more students going to Harlem?

A large part of the reason is Columbia’s complicated history with the neighborhood, epitomized in the controversy over Columbia’s virtual real estate imperialism in Harlem. It can be hard for students to feel like they can separate themselves from the administration's abrasive real estate policies, especially with the ongoing construction at the University’s new Manhattanville campus. With such a troubling past—and, if we’re being honest, present—going to Harlem can even feel like we’re intruding on a community where Columbia students don’t belong, or worse, contributing to a wave of gentrification.

This history should not be brushed aside, nor should Harlem—or any community, particularly one predominantly inhabited by people of color—be viewed as a kind of tourist destination. But if the Columbia community doesn’t seek out ways of actively connecting with the Harlem community then we are doing a great disservice to ourselves and to Harlem.

Students who don’t engage with Harlem are letting an opportunity to learn about a rich history of art, culture, literature, and music slip through their fingers. We’re also missing out on the opportunity to support Harlem residents by shopping at local business, cafes, and restaurants, rather than going to the usual chain stores on Broadway. Choosing not to engage with Harlem’s current community only increases tension between Columbia and Harlem by perpetuating the impression that we’re just a bunch of out-of-touch Ivy Leaguers who are too apathetic to care about Columbia’s impact on Harlem.

Columbia’s administration has tried to mitigate their negative effects on the Harlem community, but with the University’s funding for Harlem-based nonprofits dwindling students have to step up help repair the Columbia-Harlem relationship. Luckily there are many ways students can get involved with the Harlem community—we just have to take advantage of them. Through Columbia community impact, students can participate in a variety of programs from volunteering at food pantries, to tutoring K-5 students, to giving tips to high school students about sexual health, and so much more. If you want a more long-term commitment, instead of pursuing an internship with a national or international organization, consider interning at a local government office or a local nonprofit.

Becoming part of a community means finding ways to actively engage with it, rather than just visiting tourist attractions. But even if you aren’t able to commit to something as formal as volunteering or interning, at least find some way to engage with the community on a more regular basis. Columbia’s history with Harlem is troubled at best—we should work harder to ensure a brighter future.