A defense of affirmative action in the name of self-love

A defense of affirmative action in the name of self-love 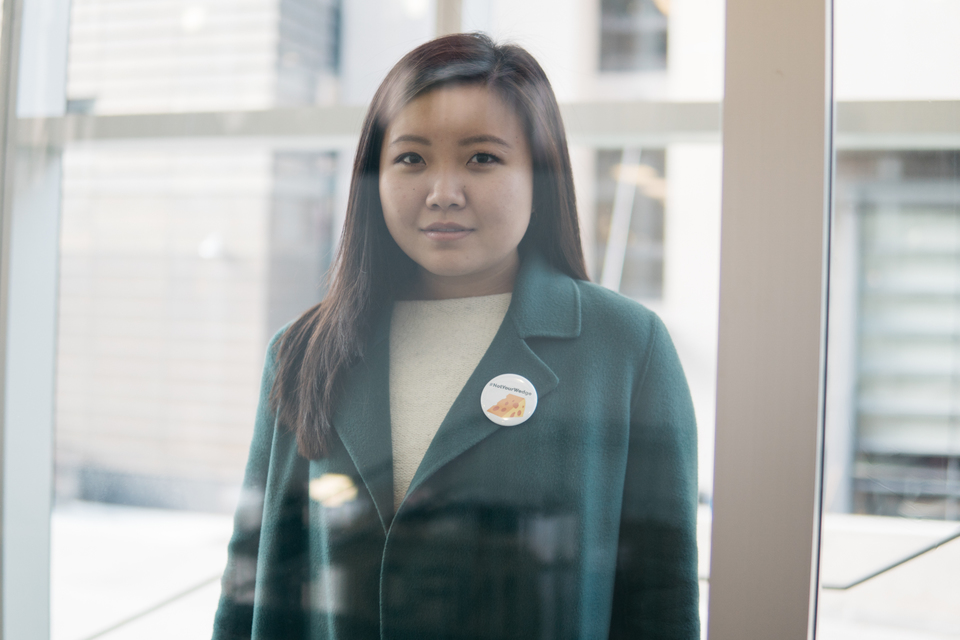 I never felt beautiful until I was 20. In the extra-cold winter of 2017, a boy made me feel loved and seemed to be the first to see me as a woman. Then, he broke my heart. Back then, I just wanted so badly to be loved; now, I can see all the red flags that I happily, desperately ignored.

Most Asian Americans have been told to hide our Asianness as if it is a shame (or, when the world does want to see our Asianness, we are fetishized as sexually exotic creatures from the East). When I applied to college, my college advisor told me to not mention playing both tennis and the piano: Name one other Asian kid in your grade who doesn’t also play a racket sport and piano or violin. Somehow, 21 million Asian Americans—who span 20+ ethnicities and speak 18+ languages—are a monolith; we supposedly all look the same and adhere to the same ambitions.

Especially among East Asian Americans who enjoy more privileges than other Asian ethnicities, attending elite institutions often seems like the only door to success. What’s worse is that we can become “sore losers” when students from less privileged minority groups get accepted to schools that rejected us, as if we are entitled to those spots. By the way, no one is entitled to a spot at schools like Harvard and Columbia, which have admissions rates of 4.7 percent and 5.5 percent respectively.

Compelled by selfish indignation and frustrations from feeling voiceless in an often black-and-white racial binary, some of us have embraced SFFA and Edward Blum. SFFA argues that Harvard’s race-conscious admissions policy is discriminating against Asian Americans by scoring us low on a “personality rating” and admitting Asian-American students at a racial quota. A misleading SFFA study shows that admitted Asian-American students on average have much higher academic scores than students of other ethnicities.

The false narrative of personality ratings is especially disturbing because Asians have long been stereotyped by the “model minority” myth, which sets the false trope that Asians are overachievers with no personality. Blum and the SFFA’s arguments hit right where it hurts—until we look at the facts. Over the last decade, Harvard’s Asian-American enrollment has increased by 29 percent. Today, though Asian Americans comprise only 6 percent of the U.S. population, 23 percent of Harvard’s student body are Asian Americans. Clearly, Asians haven’t been hurt by the current policy regarding race. In fact, racial quotas have been ruled unconstitutional since the 1978 case of UC Regents v. Bakke.

Having tried to hide our Asianness our entire lives, the struggle for authenticity and dignity for Asian Americans seems unending. But cuffing season with Ed Blum will end: We are only his token leading his lawsuit to the Supreme Court. A white supremacist in disguise, Blum has spent his career undermining minority civil rights. In addition to his weird obsession with fighting affirmative action as seen in Fisher v. University of Texas, he has fought to strike down minority and immigrant voting rights in SCOTUS cases, Shelby County v. Holder and Evenwel v. Abbott. When all is said and done, Blum is actually not that into us.

Plus, we are so much more than our scores. The personal rating Harvard uses is not about individual personality, but information from essays, interviews, career interests, family background, neighborhood, and school context. This information is not included as an attempt to compensate for academic deficiencies, but to recognize diversity of talents and the complexity of merit. In other words, a holistic admissions process, favored by schools like Harvard and Columbia, presents us as authentic, whole people, rather than just sets of numbers.

Don’t we all want that? For the boy who made me feel beautiful, I presented myself in fragments, rather than as my whole self. I bent back and forth between my humor and fears, between tenderness and frustrations, until I finally broke.

Affirmative action enables colleges and employers to see our whole selves, not just fragments. It benefits all minorities, including Asian Americans. By baiting Asian Americans into a zero-sum Oppression Olympics, Blum dismisses the severe inequity at institutions like Harvard and Columbia and advances a white supremacist agenda by perpetuating hate—provoking both Asian Americans’ internalized racism and the anti-blackness prevalent in the Asian—particularly East Asian—community.

All marginalized groups have stories of pain. However, between different identities with different histories of oppression, these pains can never equate to each other. The only way to fight racism is not to submit to white supremacy, but rather to recognize that we are all bound in the same struggle.

Asian Americans, we must reject this white supremacist ploy, celebrate our diversity and resilience, and find power in our shared struggle for freedom. For how desperately we all have craved love and acceptance, let’s love ourselves and each other radically and completely. Let’s defend affirmative action in the name of self-love.

Leying (Julie) Yao is a junior at Barnard College majoring in economics, having transferred to Barnard in fall 2018. She is a member of Columbia Asian American Alliance (AAA), Columbia’s Asian-American political club. Feel free to reach out to her at ly2464@barnard.edu or to AAA at aaa@columbia.edu.