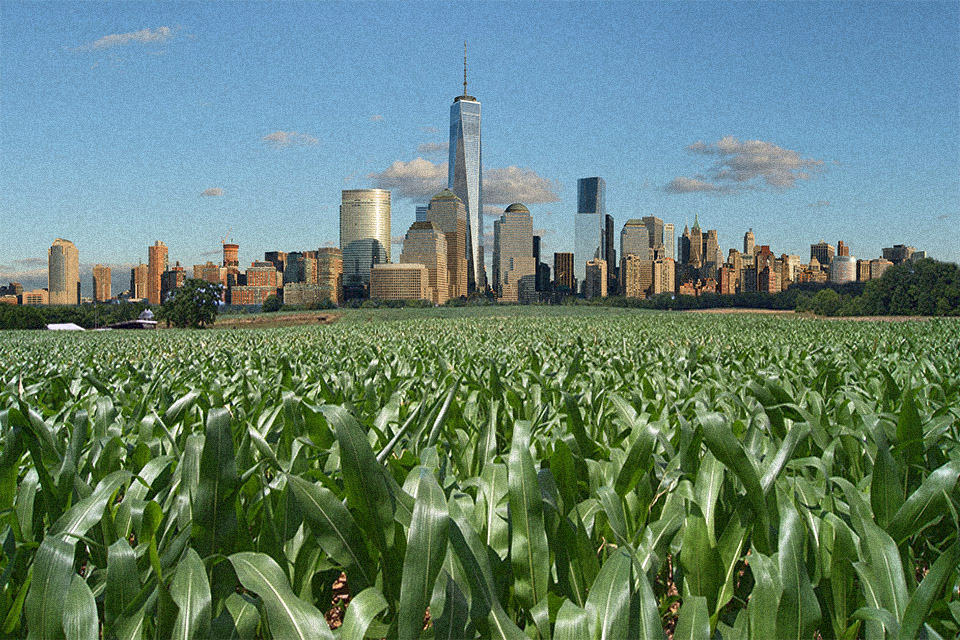 In an ill-advised move one cold March night, I found myself dragged out of my warm Claremont room and out onto the streets of New York, badgered into submission by suitemates as we searched for alcohol and debauchery. “I’ll go, but I’m not going to look cute,” I grumbled and headed out to 1020 without changing out of my Script Ohio t-shirt and worn jeans.

Acquaintances and complete strangers alike came up to me with some combination of “O-H!” or “Where are you from? Do you know so-and-so?” It was quite possibly the most people I’ve met in one sitting since sorority rush. Despite all the time I spend complaining about Ohio and the frankly alarming number of cornfields between me and the nearest grocery store back home, it was one of the best nights out I’ve ever had.

This shirt has, in some ways, become an extension of home. When I lived in Ohio, I never really bought into all the enthusiasm for the state. My family never followed OSU football to the extent that the rest of the state did (except during the Michigan game, obviously), I wasn’t too big on nature, and while I loved driving, it felt like getting anywhere from my house took an eon. So when I got into Columbia, I had it in my head that I would be leaving Ohio behind. However, on a whim the summer before my first year, I caved and bought an homage t-shirt with Ohio written across the front. Just in case I got homesick.

I never thought that coming to New York would make me feel so Ohioan. Early on in my college career, I tried my best to embrace the idea that you can reinvent yourself in college. I wasn’t just Sarah anymore. I was New York Sarah. But the more I tried to craft myself into this perfect Blair Waldorf/Carrie Bradshaw hybrid, the more I felt like I was living two lives. I’m still grappling with this two-state identity. While shopping for new clothes back home, I reject certain pieces on the grounds of “I could see myself wearing it here, but I couldn’t wear something like this in New York,” and when an inevitably overzealous salesperson comes up to me at Bath & Body Works, I turn on my recently-perfected thousand yard stare and go full-on New York City asshole. Yet back at school, I make it a point to always say hello to even the slightest of acquaintances when I pass them on College Walk and have always felt an overwhelming compulsion to say “ope, let me sneak by you real quick” any time I pass someone in a crowded room.

Last year, as I left my teenage years behind, I decided that the idea of reinventing myself in college was rubbish. I could work on personality flaws, sure, but like they say: you can take the girl out of Ohio, but you can’t take Ohio out of the girl. But one year later, as I prepare for grad school and beyond, I have come to realize that I am reinventing myself, just not in the way I initially imagined. I haven’t turned into some drop-dead gorgeous, socially competent party girl genius (how my high school self ever thought that rolling all of that into one person who is naturally introverted astounds me to this day). But the way that I view my future now and the kinds of things I want to do with it are things that my younger self never could have imagined.

One of the things my younger self would imagine constantly was my dream house, never doubting that I would one day live in something like it. I always looked forward to having a car of my own—something I certainly won’t be able to afford in New York for a good long while. And I certainly won’t live as close to my parents as my family lives to my grandparents or be able to visit them every month or so—something I always assumed I would be able to do.

I’m no longer that girl who imagines living half an hour away from my family in a three-story house with a three-car garage and a generous library. Instead, I’m the girl that envisions living in a cozily decorated, over-priced shoebox of an apartment that will almost certainly not be able to hold all of my books but will (hopefully) have a view of the Macy’s Thanksgiving Day Parade. These things are somewhat superficial, but they’re also markers of how much I’ve changed, and realizing that these long-held, assumed futures may never come to fruition is still enough to trigger a small existential crisis.

The thing about my Ohioan identity is that I’m clinging to it all the more specifically because I know I’m not going back—at least not for the foreseeable future (sorry, Mom and Dad!). Of course, I still get homesick, and there have been times in college where I have needed nothing else than to drop everything and go home—hOHme, home—but I’ve accomplished so much in New York City, and it, too, has become home. My love for Ohio doesn’t undermine what I’ve accomplished while in New York, and my love for New York doesn’t lessen my love for Ohio in the slightest.

I haven’t reinvented myself, exactly, but I’ve reinvented my future. Technically, I guess you could say I did that thing called growing up. But if anyone sees an apartment with an attic library, slides for stairs, hidden rooms, a three-car garage, a white picket fence, and a view of the parade … give me a call?

Sarah Fornshell is a Columbia College senior majoring in English and officially no longer minoring in history. Her wardrobe is 90% black leather jackets now, but she is steadfastly refusing to give up her Ohio plaid. She is a member of Alpha Chi Omega sorority and a former deputy editorial page editor for columns. I Do Indeed Give A F*** About The Oxford Comma runs alternate Tuesdays.