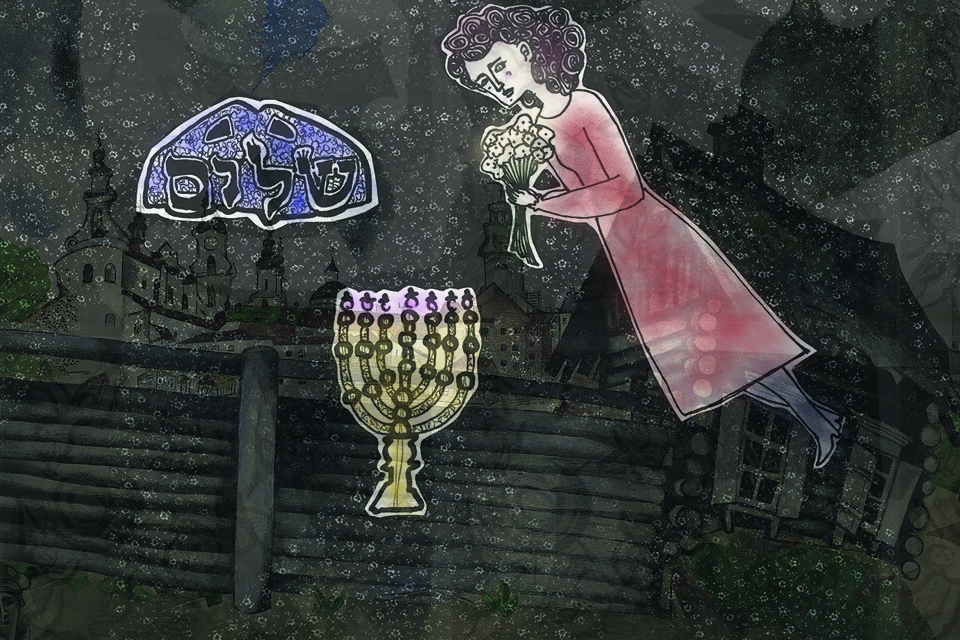 Having grown up in predominantly Jewish communities, I was blissfully unaware of the realities of modern anti-Semitism for a very long time. To my eight-year-old self, anti-Semitism was black-and-white Holocaust movies, yellow stars, and the elderly survivors who spoke at my Hebrew school every once in a while. Everything changed when I got old enough to start reading the news.

Last Wednesday, psychology professor Elizabeth Midlarsky, who is Jewish, walked into her office at Teachers College only to find that it had been vandalized in her absence—two swastikas and an anti-Semitic slur were sprayed on the walls in ominously red paint. This event comes just about a month after the deadly shooting at the Tree of Life Congregation in Pittsburgh, Pennsylvania, in which 11 Jews were killed and three were injured during their morning prayer. The shooter was an avowed Nazi sympathizer and Holocaust denier.

Sadly, my family—like most Jewish families—is no stranger to anti-Semitic threats. Persecution has followed us as far back as our history goes, to the point where many of us have become desensitized to the inherent danger of our existence. In my personal experience, we are a resilient and witty people, and oftentimes it is easier to joke through our pain rather than to acknowledge its validity. To focus on it too much could drive a person insane. But in moments like these, when hatred of Jewishness creeps closer and closer to home, I remember the plight of my ancestors. Our safety has never been guaranteed.

In the years preceding World War I, my family escaped Germany for fear of persecution. Frightened that they would be disproportionately assigned to the front lines of the war as a method of extermination, they fled to England, and then to the United States. When they arrived here, they settled in the Lower East Side, a historically Jewish neighborhood. My grandmother grew up there, speaking Yiddish in her grandfather’s jewelry store and listening to the radio as violence and prejudice dominated Europe once again—this time, in Hitler’s rise to power. Throughout World War II—which began when she was six and ended when she was 12—the United States rejected thousands of Jewish refugees, sending them back to the brutality they had so desperately tried to escape. With nowhere else to turn, many went on to die in German death and labor camps.

Decades later, on September 11, 2001, my mother happened to be on vacation rather than at her desk on the 86th floor of the World Trade Center when the planes struck. Unaware of what had occured, she turned on the news and witnessed the burning buildings from the distance of a TV screen, helpless to alleviate her friends’ and coworkers’ agony. In the years that followed, she watched as hateful conspiracy theories blossomed, claiming that the 9/11 terrorist attacks were crafted and carried out by Jews who hoped to start a war against Islam. After sharing her story of incredible luck online, angry conspiracy theorists cited her traditionally Jewish maiden name, Rothschild, as evidence that she knew of the attacks in advance.

Unfortunately, that is not where my family’s experience with violent tragedy ends. On February 14 of this year, I hid in a storage closet with 60 other people while an alleged Nazi killed 14 of my classmates and three of my teachers and staff members at Marjory Stoneman Douglas High School. Since escaping unharmed and using my experience to speak out in favor of common sense gun reform (such as implementing universal background checks, regulating gun dealers, and increasing waiting periods after gun purchases), I have been accused of being a crisis actress, of being a liar, and of not being who I say I am. The common thread connecting the people who make these accusations—who are usually, if not always, white men—is a disturbing obsession with my Jewishness.

In light of these experiences, and those that I have been fortunate enough to only read about rather than live through, I was hurt but not terribly surprised when news broke of an act of anti-Semitic vandalism at Columbia. Prior to the whirlwind of hateful accusations that were hurled at me after the shooting, I had largely assumed that anti-Semitism wasn’t something I would have to deal with directly as long as I continued to live in modern American cities. But lately, I’ve come to realize that this seems less and less true to reality. Rising feelings of anti-Jewish hostility have punctured even our liberal “New York bubble.” At a school like Columbia, where almost a fourth of undergraduate students identify as Jewish, and at Barnard, where the percentage of Jewish students is even higher, how are we supposed to feel safe? How do we reclaim our community? And how the hell are we supposed to combat prejudices that date back to ancient times?

I don’t know. I don’t think anyone truly does. It often seems that this systemic hatred comes from a never-ending black hole of ignorance, passed down from father to son over the generations—impossible to plug up with any amount of love or light. But, regardless of whether or not that is the truth, it is unacceptable to have a defeatist attitude, especially considering the amount of resources we have at Columbia. Knowledge is a powerful thing, and we here at Columbia have nothing if we do not have the power of and access to inconceivable knowledge. With our collective talent and passion and drive, we have the power to change minds. Slowly, no doubt, but surely.

So, speak out. Not on Facebook, where everyone already agrees with you, but in the real world. When you hear someone say something hurtful, start a conversation. Ask them why they feel that way. Fight fire with facts. Don’t let hateful words fly.

This process takes time, but maybe, in some distant future, this black hole will cease to be. Until then, we must take care of each other and be kind.

Isabelle Robinson is a first-year at Barnard College studying English. She is proud to be Jewish, despite her God-awful Hebrew skills—sorry, Mr. Berkowitz—and her stubborn refusal to attend Hillel events. You can tell her about your experiences with Jewishness, ask her about being Bat Mitzvah-ed on National Weed Day, or send her your favorite chocolate toffee matzah recipe at irr2109@barnard.edu. Debbie Downer ran alternate Thursdays.