1 percent can change the world

1 percent can change the world 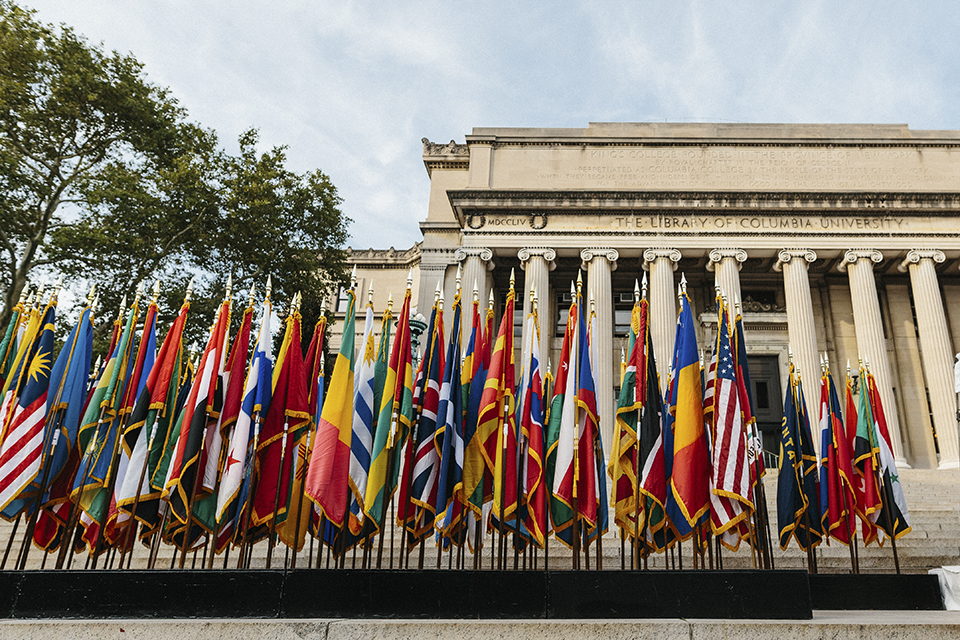 On a foggy morning in March 1977, two Boeing 747s collided at Los Rodeos Airport in Tenerife, one of the Spanish Canary Islands. The damage was calamitous: 583 people died, leaving only 61 survivors. The world was shocked by the scale of the tragedy. Imagine, now, two 747s crashing into each other every hour. Today. And the next day. And the day after. Every day. Every year. This is the death toll wrought by extreme poverty on a daily basis.

An average of 17,500 children under the age of 14 died every day in 2017. If we redistributed the math above, it would be approximately equivalent to the 6000 students in CC and SEAS dying three times a day, every day.

Your eyes are likely glazing over. These statistics on a page can’t properly communicate suffering and death of this magnitude. Furthermore, massive numbers make the problems behind these deaths seem intractable. But this is simply not the case. These children do not die from sectarian violence or exotic, incurable diseases. The vast majority of these children die from easily preventable causes, such as diarrhea, pneumonia, sepsis, malaria, and improper neonatal care.

Our privilege as Columbia students and our subsequent potential for good present us with a significant opportunity and a pressing responsibility to help those in need. Columbia’s student body is known for activism, global engagement, and seeking to solve the most pressing problems of our day.

There is reason for optimism. Columbia graduates have an exceptional opportunity to do good by donating to charities fighting extreme poverty. Statistics show that Columbia graduates do astonishingly better than most, both at home and abroad. The majority of individual Columbia undergraduates make more money at their first job than a majority of families are making in NYC. And despite the staggering level of inequality relative to the residents of this city, our privilege becomes even more immense when we expand our scope to the entire world. And while Columbia graduates make a starting salary of about $65,000, the world’s 3.5 billion poorest adults earn about $10,000. This means that most Columbia undergrads make almost seven times more money per year at their first job than the majority of people on earth possess.

Helping students maximize their impact in the fight to eradicate extreme poverty is the mission of One for the World. This nonprofit—and others like it—have a massive competitive edge over the average charity in transparency, cost-effectiveness, and calculable impact. We are an intercollegiate student-run movement that encourages students to pledge 1 percent of their future salaries to charity. Specifically, we give to a portfolio of 19 heavily vetted, highly effective charities such as Project Healthy Children and the Against Malaria Foundation.

Merely 1 percent of $65,000 can feed around 3,015 children micronutrient-fortified flour for a year through Project Healthy Children—one of these aforementioned effective charities. By turning a critical eye toward the giving process, identifying effective groups, and then donating to them, a Columbia graduate can make an astonishing difference in the fight to eliminate extreme poverty.

To help achieve a more equitable world with less human suffering, members of One for the World have pledged 1 percent of our post-graduation income to the charities doing the best and most effective work in the world. It’s a seemingly humble contribution for us, but a life-changing sum for some of the poorest people in the world. For a proportionally negligible amount of money, we have the opportunity to help make extreme poverty a relic of a bygone era—a topic no longer discussed in political science courses, but in history courses.

If this possibility excites you as much as it excites us, join us today. Take the pledge to give 1 percent and chart a better course for the future of humanity.

The authors are respectively the president and a member of One for the World, an intercollegiate organization whose mission is to help combat world poverty by encouraging undergraduates to pledge just 1 percent of their future incomes to the most effective charities. Visit their website to find out more or pledge.