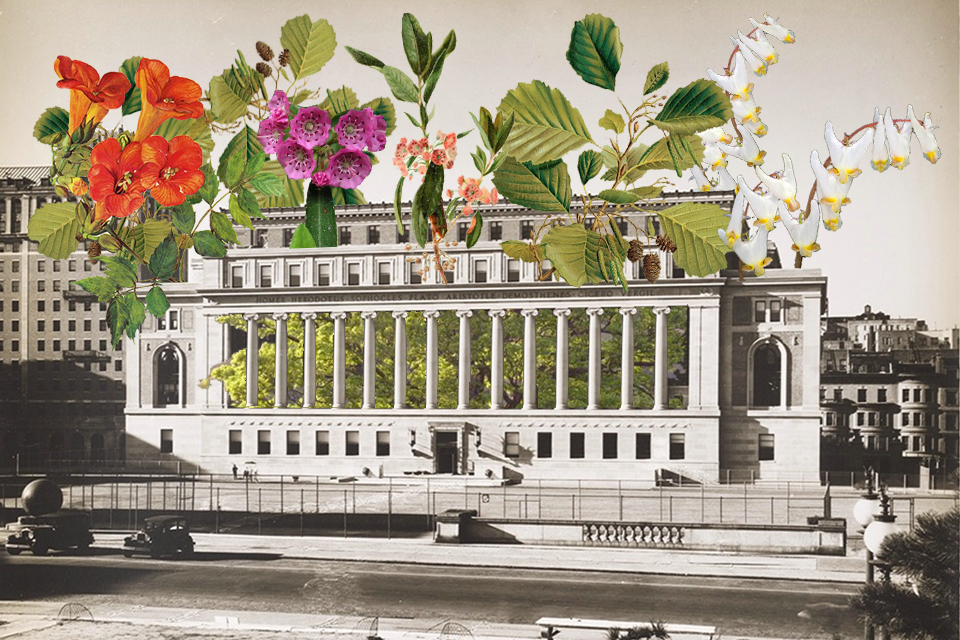 As a first-generation Xicana college student, I hesitated to pursue the conventional academic path and instead sought alternative ways of life before matriculating at Columbia. I took time off from my transfer college, San Diego City College, to coordinate a (bygone) intentional living yogic-shamanic community on the Blue Sky Nature Reserve in the Poway desert. While some members continued on a similar path, my studies on the connections between social and natural realms inspired me to return to academia.

I applied to Columbia in hopes of contributing to holistic, systemic transformations of social and ecological relations, or to, at minimum, understand my capacity for action in honor of these relations.

Arriving at Columbia, I was excited about the Earth Institute’s focus on sustainability, but soon discovered the lack of culturally diverse perspectives on “sustainability.” What I found instead is the discourse of “sustainable development”—a philosophy which has its historic roots in the capitalist avoidance of limitations. It inherently emphasizes expansionism and neoliberal Western progressivism, within which problems and solutions are assumed to be homogenous across humanity with solutions devoid of political and economic history—in particular those of settler colonialism and First Nations peoples.

Colonial institutions have excluded indigenous ecological knowledge and modes of science–including systemic thinking about humans and nature. In reaction to an article which frames the new Earth Systems science as presenting the “novel” concept of a “whole,” interconnected Earth biosphere (including humanity), I discussed with a professor at the Earth Institute why Western scientists have taken long to start validating these interconnections. The professor said that the technology to verify this was “simply not there before.” In other words: They waited for the technology to be made to verify by Western standards (i.e. quantitatively) the negative impact of human activity on the environment before accepting it as truth.

Meanwhile, the planet has been busy burning.

Because of this, I teamed up with peers to start the Green Owls, with the intention of highlighting the effects of the stories we tell about our relationship with the environment and each other. EcoReps does not have a social justice component and is not a student club but a division of Columbia College Housing–which their EcoReps advisor told us cannot cater to GS students. Columbia Divest for Climate Justice specificified Columbia’s divestment from fossil fuels and reinvestment alternatives. Thus, the Green Owls have held discussions on indigenous rights and land treatises, the atmosphere as a public trust, and the intersections of sustainability and LGBTQIA issues. We have resisted administration and “anti-political” student interests along with avoiding traditional hierarchicalism.

On October 29, 2018, I spearheaded one of 60 national solidarity rallies at a federal courthouse in downtown in support of CC student, Alex Loznak, member of Green Owls and one of 21 youth plaintiffs in Juliana v. U.S. whom demand a National Climate Recovery Plan. With pro bono aid by Our Children’s Trust,, the youth are suing the executive branch of the federal government for climate inaction. I recognize that such debates about the commons often reinforce colonial governmentality and intend to continue learning how to integrate this awareness while supporting OCT. For the public discussion on January 31st (RSVP), I am organizing as indigenous drumming, as well as the land acknowledgment with the American Indian Community House in honor of the Lenape whose land Manhattan is built. I welcome readers to discuss this or anything with me at the Green Owls Meet N' Greet on January 30th the night before.

The Green Owls not only engage in critical self-reflection while calling our government to action, we also urge the same level of integrity from Columbia. Student groups and faculty teams should support Roosevelt Institute students in demanding that the Columbia Office of Environmental Stewardship commit to 100% carbon neutrality by 2030, as peer institutions have, by emailing columbiaforcarbonneutrality@gmail.com to sign a letter of support.

The Climate Recovery Plan and Carbon Neutrality Campaign is only the beginning; we cannot and should not stop here.

Long-term sustainability is not business-as-usual, we must stop using the environment as “ecosystem services” for human ends, especially those imagined without end. Otherwise, there remains an imbalance in the (social) relationship between humanity and the more-than-human. On the contrary, sustainability is about adapting social norms to service the needs of the environment.

Through my research at Columbia, I have found variations of a traditional indigenous ecological axiom tied to the structure of some indigenous social systems. Social norms in these systems are modeled after natural processes—such as what can be called the “regeneration principle.” This principle reminds new generations that,like the renewability of energy, the continuous regeneration of humanity requires that one take from the land only to the degree that the land can give while regenerating itself (without its management). This principle thereby is considered by some indigenous researchers to play a likely part in long-term human adaptability strategies.

A renewable energy paradigm would make the regeneration principle ever tangible in Euro-American social systems. However, none of this is possible without the Columbia community.

I call on you to critically stand in support of the National Climate Recovery Plan and the Carbon Neutrality Campaign to make this paradigm possible. Consequently, the subsequent social norms based on the regeneration principle will ensure future generations value and take action to perpetuate it.

The author is a GS senior majoring in sociocultural anthropology. She is completing a senior thesis project in dialogue with Shoshone Bannock indigenous researcher, Dawn Davis, to address the threats to the peyote cactus habitat. Estrella is a community organizer with Youth v. Gov, the founder of Green Owls, a member of the Regenerative Culture contingency of the newly forming international Extinction Rebellion, and the GS student representative on the Sustainable Leaders Network committee of the CU Office of Environmental Stewardship. Please keep up with Our Children’s Trust and the local NYC Youth v. Gov Action Network. While spreading the word on Juliana v. U.S., use the hashtags: #YOUTHvGOV and #ClimateIsLife. The Green Owls meet weekly, please reach out if you want to shake some things up or simply connect with them or Estrella at: Estrella.Castillo@columbia.edu / Estrella.V.Castillo@gmail.com / FB & Insta: @Estrella.StarCastles, and greenowlscu@gmail.com. Follow Green Owls on FB/Insta: @GreenOwlsCU