Down with the Columbia Aesthetic™

Down with the Columbia Aesthetic™ 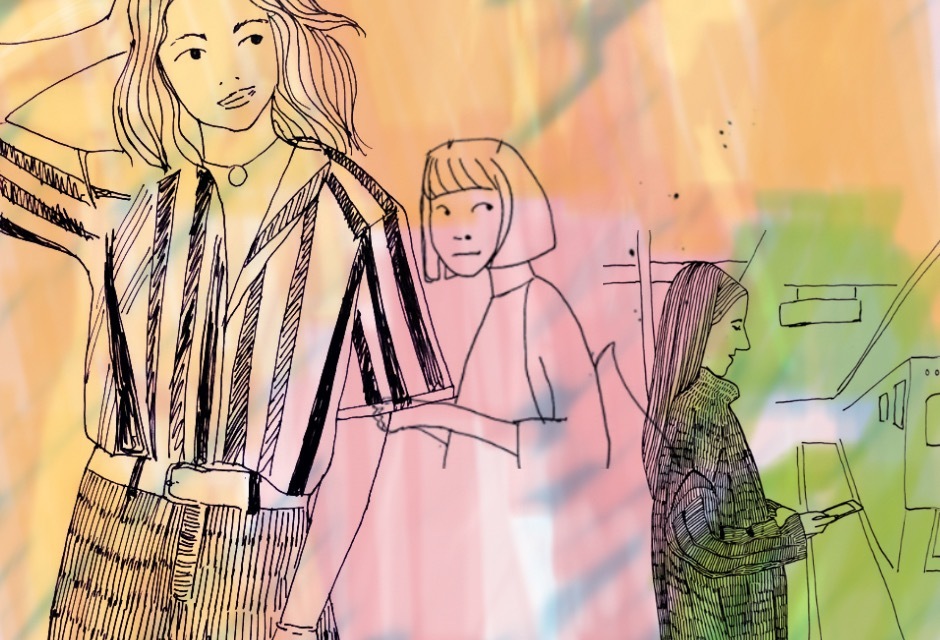 On the first day of class this semester, I woke up early to give myself adequate time to get ready. I thought, it’s your last first day here, so you should really try to make a good first impression. But in my mind, making a good first impression didn’t mean having done the readings or perusing the syllabus to come up with questions to ask the professor—it meant putting together the perfect outfit.

As that realization dawned on me, I was struck by a cacophony of different voices in my head. The raging bra-burning feminist in me was frustrated that I cared about what a lecture hall of 150 strangers thought of my appearance. The idealistic romantic in me told me to wear something nice because what if I meet someone special today? And the whiniest, most insecure part of me took one look at the bags under my eyes and told me I wouldn’t be taken seriously if I showed up in cheap, comfy clothes. Gazing longingly at my favorite Walmart-brand black leggings, I forced myself into an all black turtleneck-skirt combo. Though those clothes were physically less comfortable than the leggings, I felt instantly at ease once I put them on, like the outfit had assuaged any doubts of my fitting in. Since then, I’ve been wracking my brain to figure out why.

It didn’t always take an hour of internal conflict for me to get dressed in the morning. In South Florida where I grew up, fashion wasn’t really a major concern, since most days the temperature sat somewhere around 80 degrees with 100 percent humidity. We didn’t really dress for style; we dressed for comfort, even if comfort meant cargo shorts, a tank top, and leather American Eagle flip-flops (cringe, I know). Sure, some people were really into fashion, but there wasn’t a distinctive “Florida style” or unwritten code governing how we ought to dress.

So when I arrived on campus for NSOP, I just assumed my Florida high school wardrobe (with the addition of some cold weather staples) would easily get me through my first year. But during one of my first days here, I distinctly recall looking at a group of conventionally attractive (read: white, thin, naturally straight-haired) girls walking past me in their cutoff American Apparel shorts, Urban Outfitters black crop tops, and white Vans, looking down at my own outfit—I felt so out of place. Why can’t I look like that? They seem so put together and confident. And here I am feeling so... not.

I didn’t realize it at the time, but that instance was probably my first taste of imposter syndrome, and it fundamentally changed my relationship with clothing. My fears about making friends, finding community, doing well in school, and feeling like I belonged here became contingent on my fashion choices. Even though the louder, rational voice in my brain kept reassuring me I did in fact belong here, I couldn’t silence the very persistent voice that fixates on every one of my perceived shortcomings and takes them as evidence of my not belonging. And wearing the “wrong” thing was just another one of them.

But even once I settled in here, my concerns about “looking the part” remained. I felt self-conscious about the designer-less tan down coat I bought for cheap on Amazon because it seemed like everyone owned a black Canada Goose. I stopped wearing bright colors and restocked my closet little by little with neutral-toned garments—many of them designer pieces I scavenged from thrift stores. I bartered with a friend to get my beloved gently used red Doc Martens. All of this was in pursuit of what I saw as the Columbia Aesthetic™: looking cute but comfortable, wearing designer (for those among us who can afford such things) but not talking about it, putting in a lot of thought but not too much.

Clothing, particularly on this campus, is never just the fabric we choose to wear. It’s a symbol of the anxieties Columbia students hold onto. Our campus is relatively compact, meaning it’s highly likely that any time you step outside your room you’ll run into someone you know, so you feel like you should look at least somewhat presentable. If that’s not enough, we live in a city where walking and public transportation tend to be the least expensive ways to get around, meaning we’re constantly seeing people and being seen ourselves.

But this doesn’t even take into account the outrageous wealth on this campus and in this city, which can make you feel like you need to wear expensive, typically black clothing just to have a shot at being taken seriously. And let’s not forget our fixation on heteronormative Western ideals of beauty which extol, among other things, whiteness, thinness, and curves in all the “right” places. For those of us who feel like we don’t meet that unattainable standard, wearing the wrong thing, or not being able to access the “right” clothes, just exacerbates those doubts.

Ultimately, the pressure to look good is yet another burden we shoulder because of our elitist, exclusionary surroundings. Everything on this campus, from the way we speak to where we eat to how we spend breaks from school is code for something else. Fashion—whether accurately or not—becomes a proxy for wealth, and wealth can feel like a proxy for belonging here. It’s not enough that we’re stressed out about school, money, jobs, extracurriculars, and our personal lives; we’re also stressed about how we look while we’re stressing out about these other things. And for what? So as not to show any signs of weakness to our peers? Just to prove that we all do in fact deserve to be here, regardless of where we came from?

I, for one, am really tired of fearing judgment of my appearance, because the Columbia Aesthetic™ is an impossible standard to meet anyway: We’re “shallow” if we put in too much effort, or “sloppy” if we put in too little. So here’s my modest proposal: Join me in boycotting the Columbia Aesthetic™ Olympics. Pull up to class in your favorite sweatpants. Put on something that would get you turned away from an ADP party. Experiment with colors that aren’t black.

Wear the change you wish to see on campus.

Laura Salgado is a senior at Columbia College studying political science. She has no less than five fashion boards on Pinterest for stylish “adult” clothes she will probably never wear. Slide into her DMs @im_deplaurable. A Pinch of Salt runs alternate Mondays.