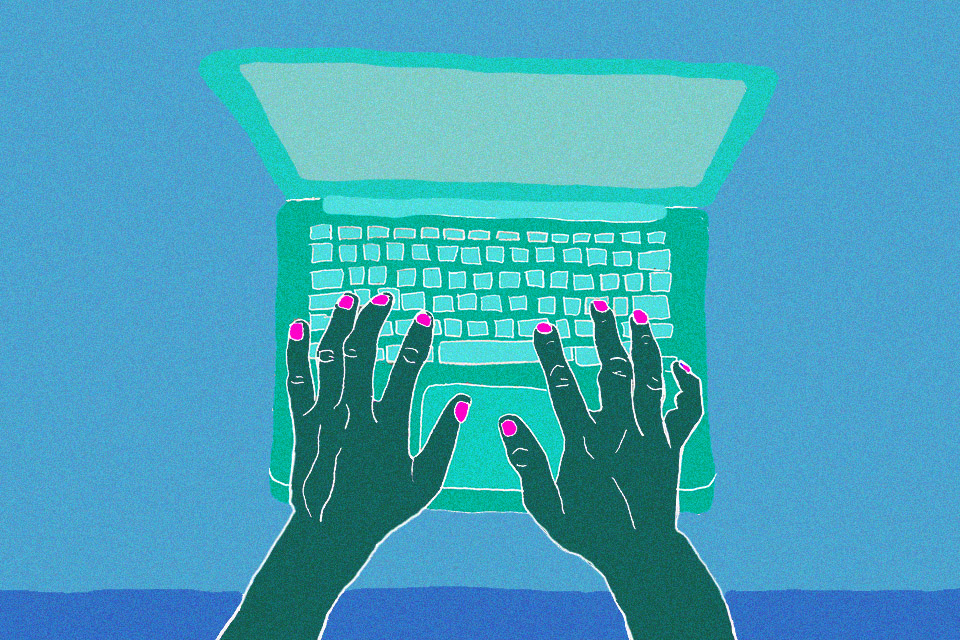 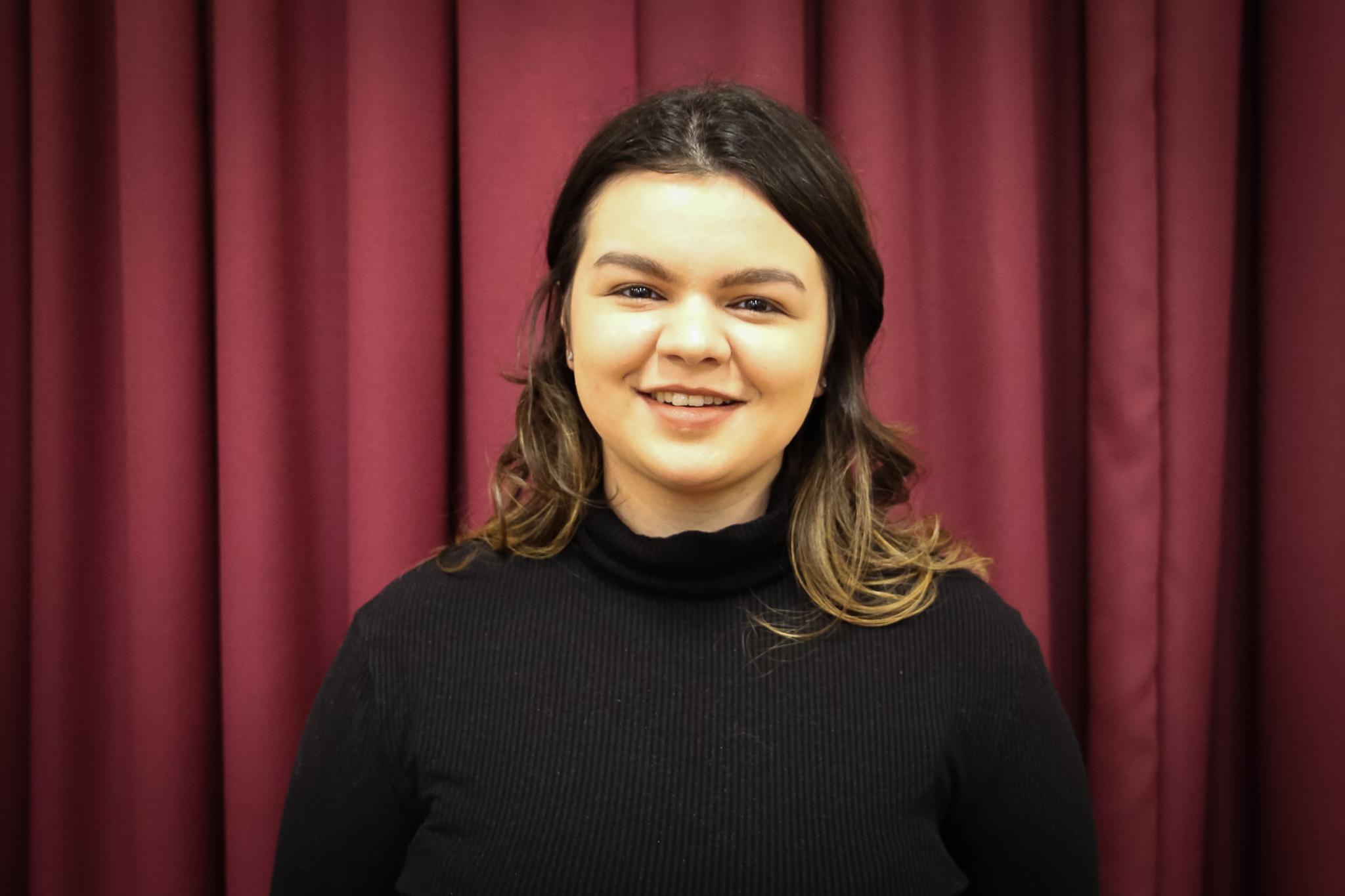 Laura Salgado is a senior in Columbia College studying political science. Despite her younger self’s fondest hopes, she will be $elling out to Corporate America after graduation. She loves all things related to emo culture, corgis, and Thai food. She’s the former Deputy Editorial Page Editor for Columns but this semester, she’s looking forward to expressing all the opinions she had to hold back for the past few years. Stay tuned for hot takes on Columbia fashion, identity politics, and mental health in minority groups. Send hate mail or your favorite memes to her via Twitter @im_deplaurable or email laura.a.salgado@columbia.edu. A Pinch of Salt runs alternate Mondays. 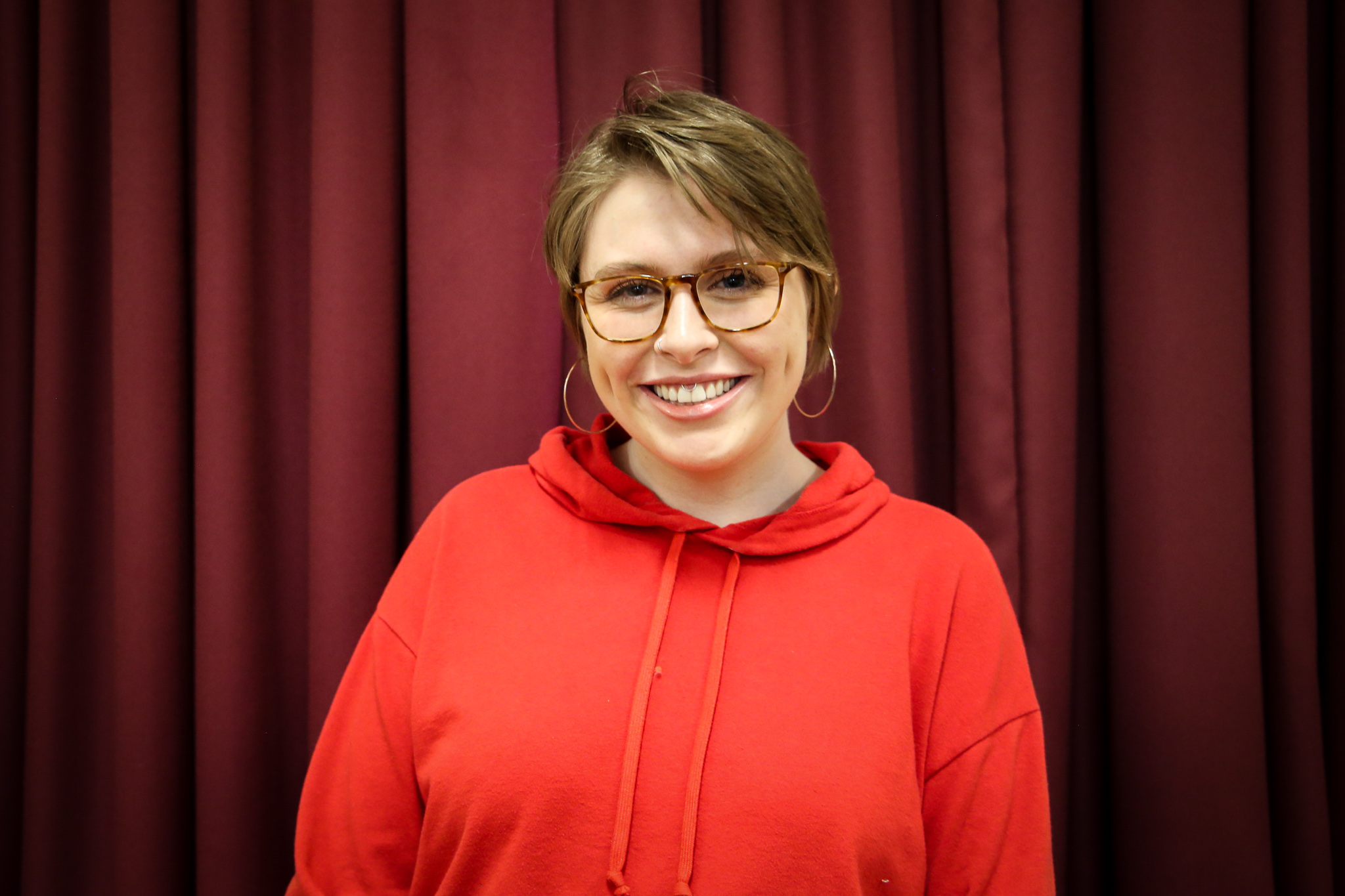 Melissa Cook is a junior transfer to Columbia College majoring in English while wishing she hated herself enough to commit to a classics concentration. She hails from California and dreams of sunshine nightly. Her column will revolve around community colleges and battling elitism as a student in poverty. Stay tuned for Pressure Cooker, running alternate Mondays. Send sonnets to m.a.cook@columbia.edu. 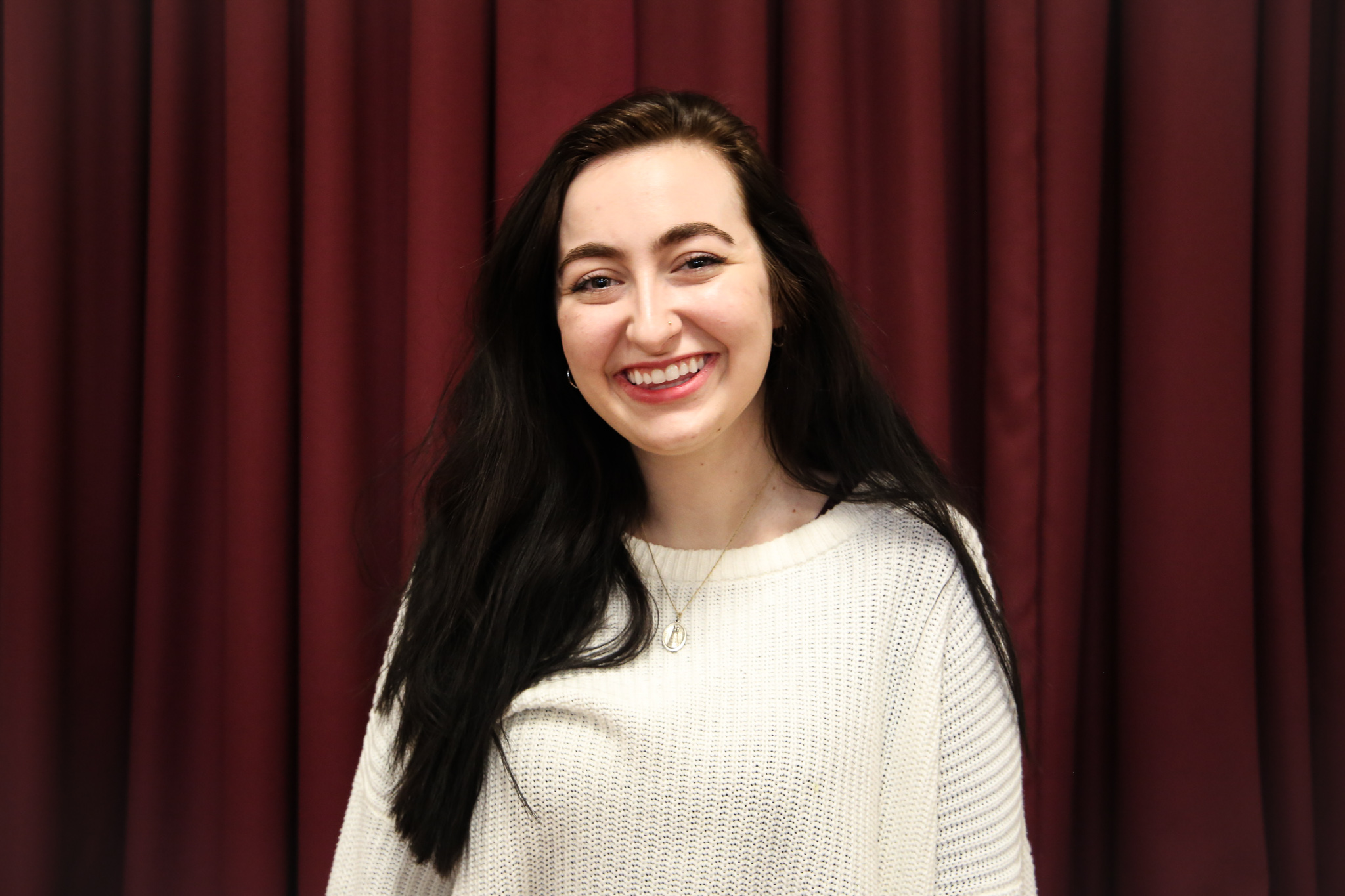 Anna Lokey is a senior in Columbia College majoring in philosophy. She is highkey interested in education policy reform and lowkey interested in sampling the entirety of Westside’s cheese offerings. To keep up with the youth, she has perfected her shoot and memorized the entirety of Juice WRLD’s discography. Her hobbies include hating milk, being banned from Mel’s, crying to Frank Ocean, loitering in Riverside Park, reminding people she’s a Gemini, and having existential crises in Butler. She doesn’t trust people who don’t have finstas. Follow her neuroses on Twitter @analokay. A Girl and Her Juul runs alternate Tuesdays. 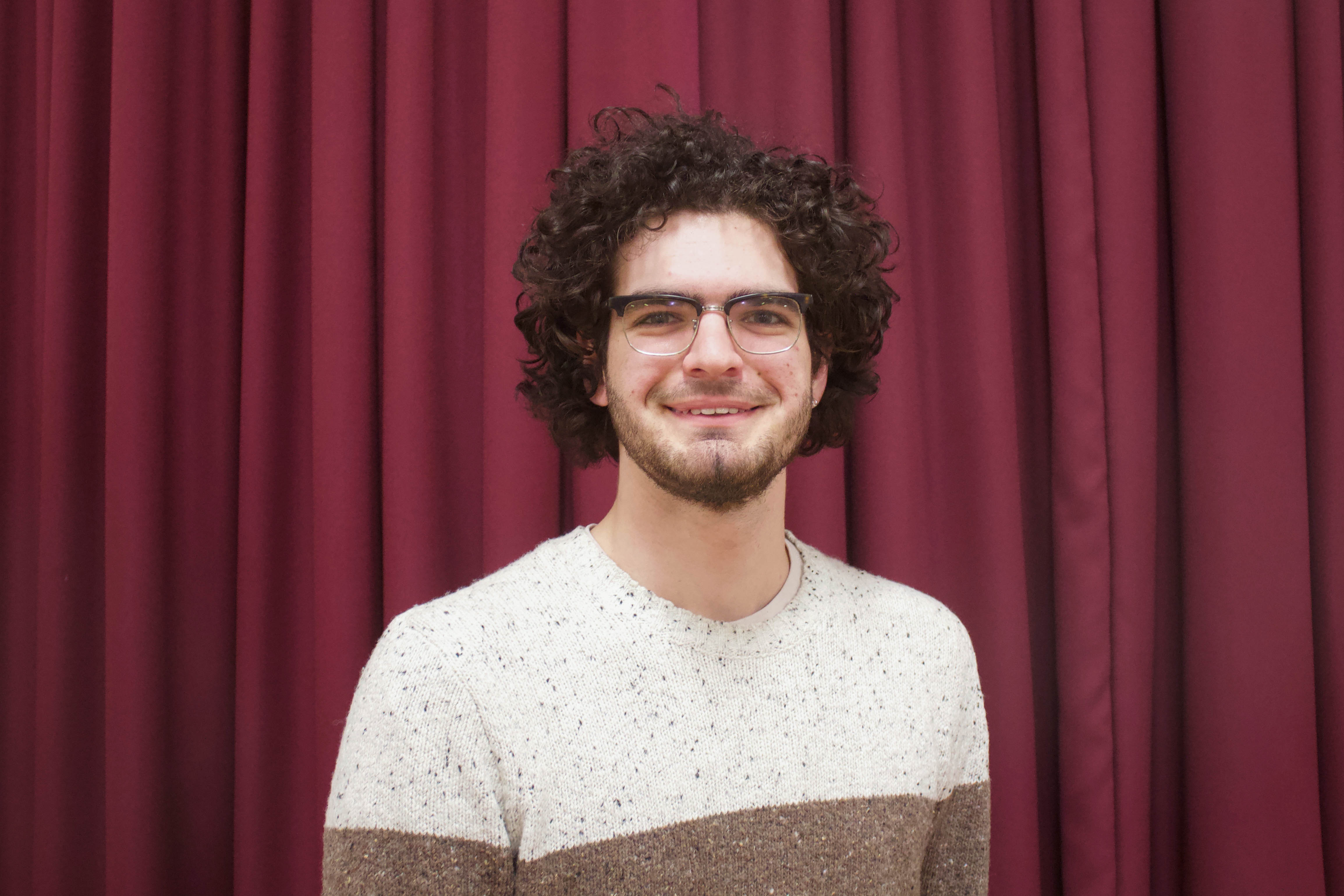 Austin Dean is a junior in Columbia College studying “Russian language and cultures” because Columbia’s linguistics major is currently on sabbatical. He loves campaigning against standard English, singing a cappella, and trying to get you to care about that cool grammar concept from his readings this week. In the evenings, you can find him eavesdropping on your conversation in John Jay for column ideas or going on long walks in Riverside Park. Please email him your favorite idiom at acd2179@columbia.edu. Fly on the Wall runs alternate Tuesdays. 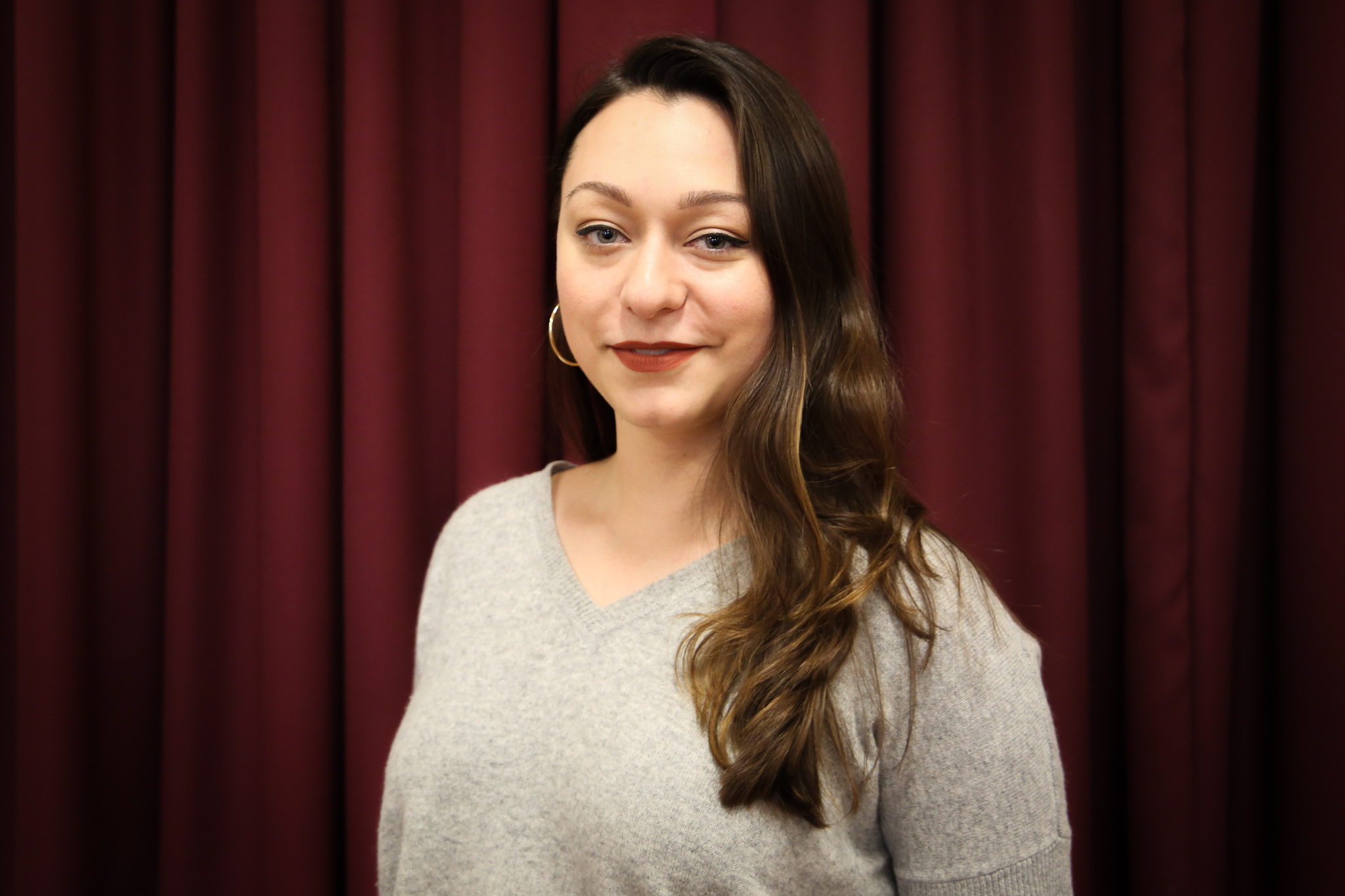 Hannah Barbosa Cesnik is a Columbia College senior majoring in English and concentrating in art history. When she’s not talking about literary portraiture in the Victorian novel, she’s languishing in her Spectator retirement, somewhere in the mold-infested halls of East Campus. She is the resident plant mom of her friend group and recently subjected her suitemates to a 5-foot ficus. You can and should ask her for tea recommendations (but don’t expect her to befriend you if you enjoy Bigelow). She is the former editorial page editor and staff director of Spectator, and is looking forward to finally exploring some hot takes of her own. Tweet her your tea at @HBCesnik. The Tatler runs alternate Wednesdays. 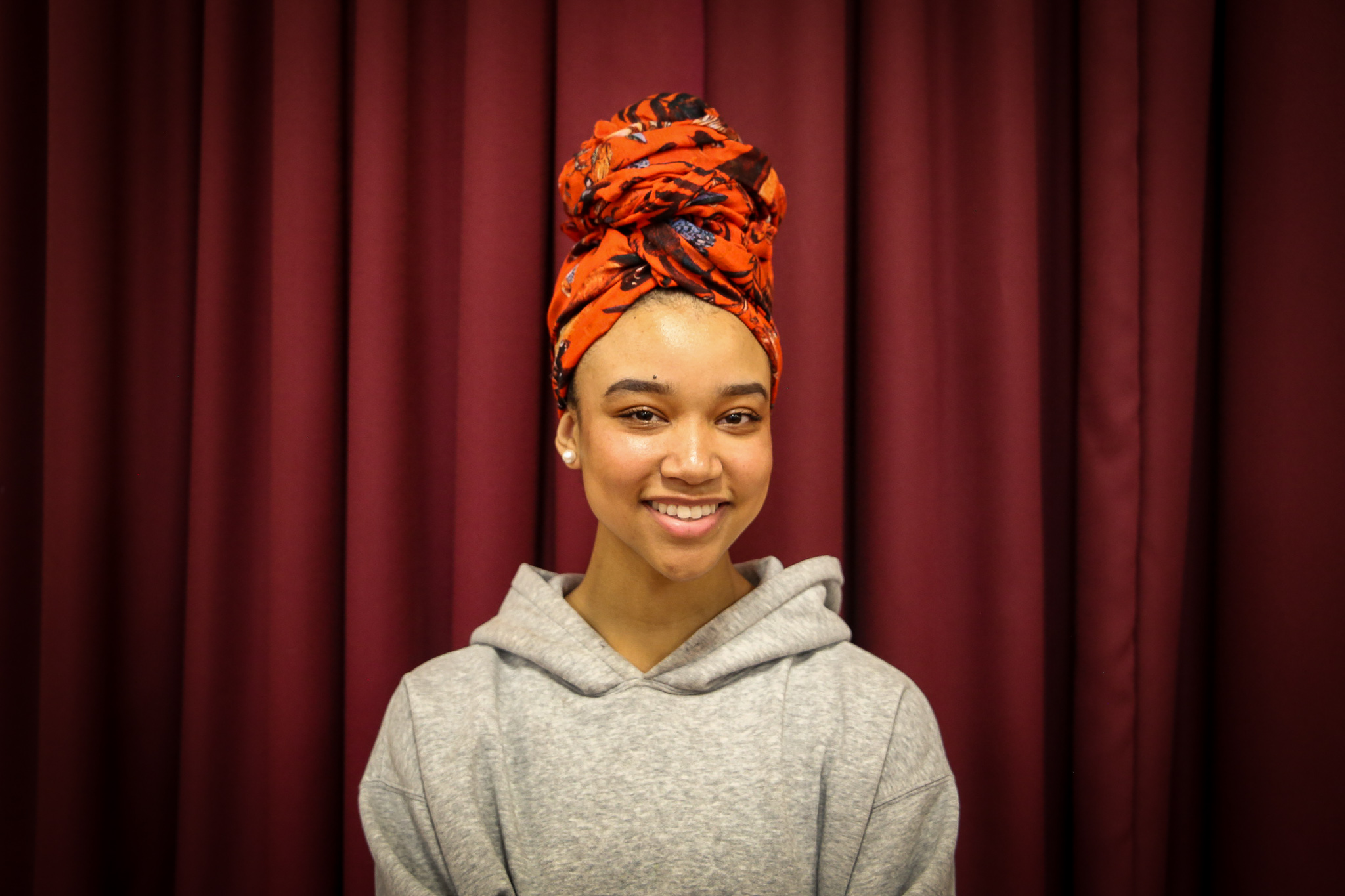 Eileen Moudou is a junior in Columbia College from the DMV studying chemistry. On campus, she likes to pretend she’s a scientist (she just nabbed a research position at the Cardiology Center at the Columbia University Medical Center) and is a member of the Undergraduate Recruitment Committee, the Black Students' Organization, and Kappa Alpha Theta. When she’s not complaining about having to stay up later than 11 p.m. or exclusionary activism, you can catch her somewhere in Riverside or on south campus exercising Kingsley, who is her service dog in training on a good day but mostly just a lazy sack of fur (catch them on IG @spotsofkingsley and @eileenmoudou). Your Token [Blank] Woman runs alternate Wednesdays. 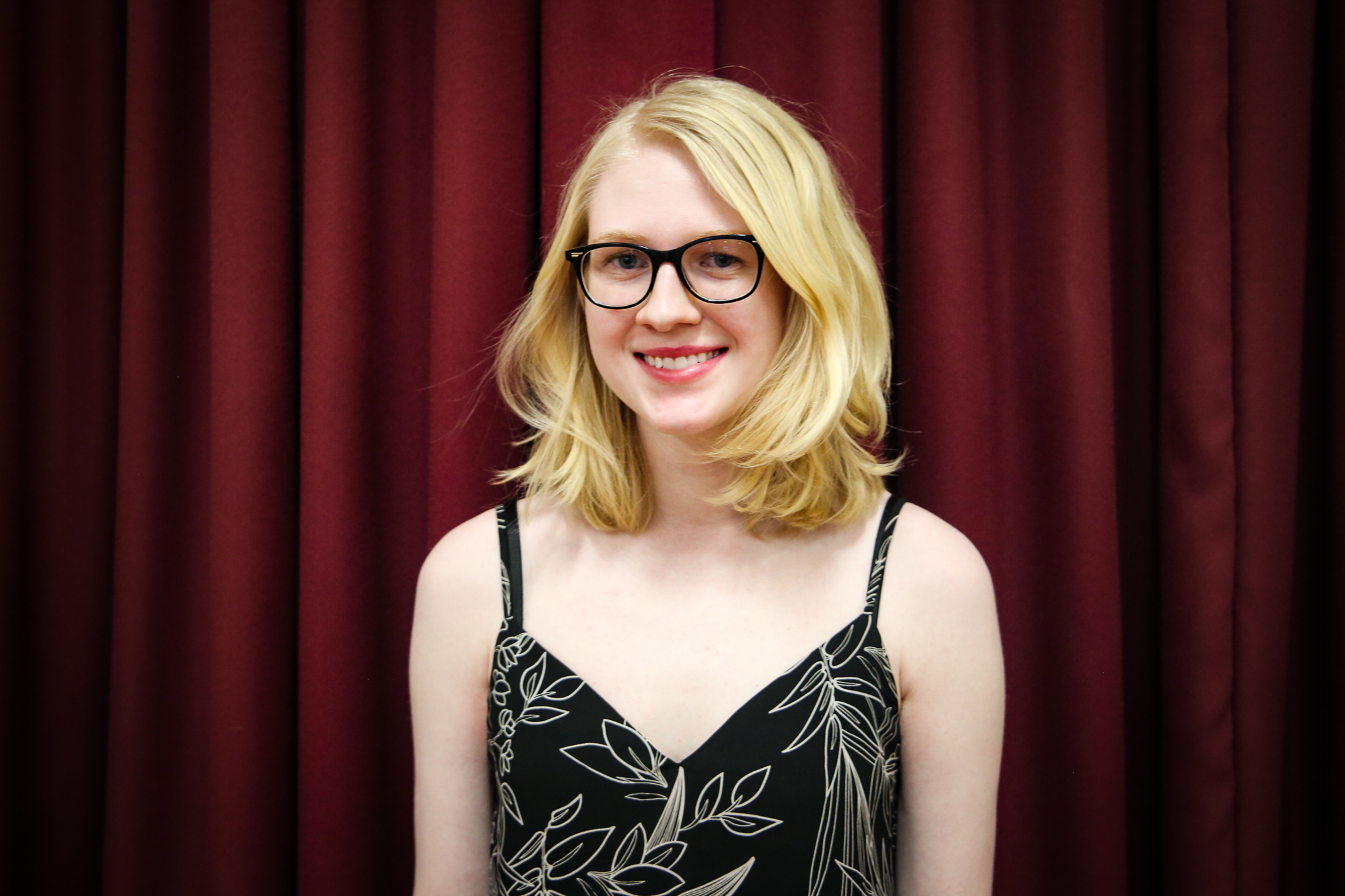 Liza Casella is a junior in Barnard College studying math and biology. She’s pursuing a career in computational biology; public health; and science, technology, engineering, and mathematics education and is just really excited about bacteria. She grew up in Iowa but still calls carbonated beverages “soda” and came to New York by way of Boston after transferring from Northeastern in 2017. When she isn’t finishing homework at the last minute she spends her time counting cells at the Columbia University Medical Center and teaching tweens about science. She’s passionate about making quiche, antibiotic resistance, harm reduction theory, and Renaissance art. Her only important talent is doing the New York Times mini crossword puzzles in fewer than 45 seconds. If you ever run into her and are in need of a lactase supplement, she will definitely have an extra one to give you. She would love to discuss anything except Freud and can be reached at lc3280@barnard.edu. She will answer you immediately because email is her favorite form of digital communication. High Entropy runs alternate Wednesdays. 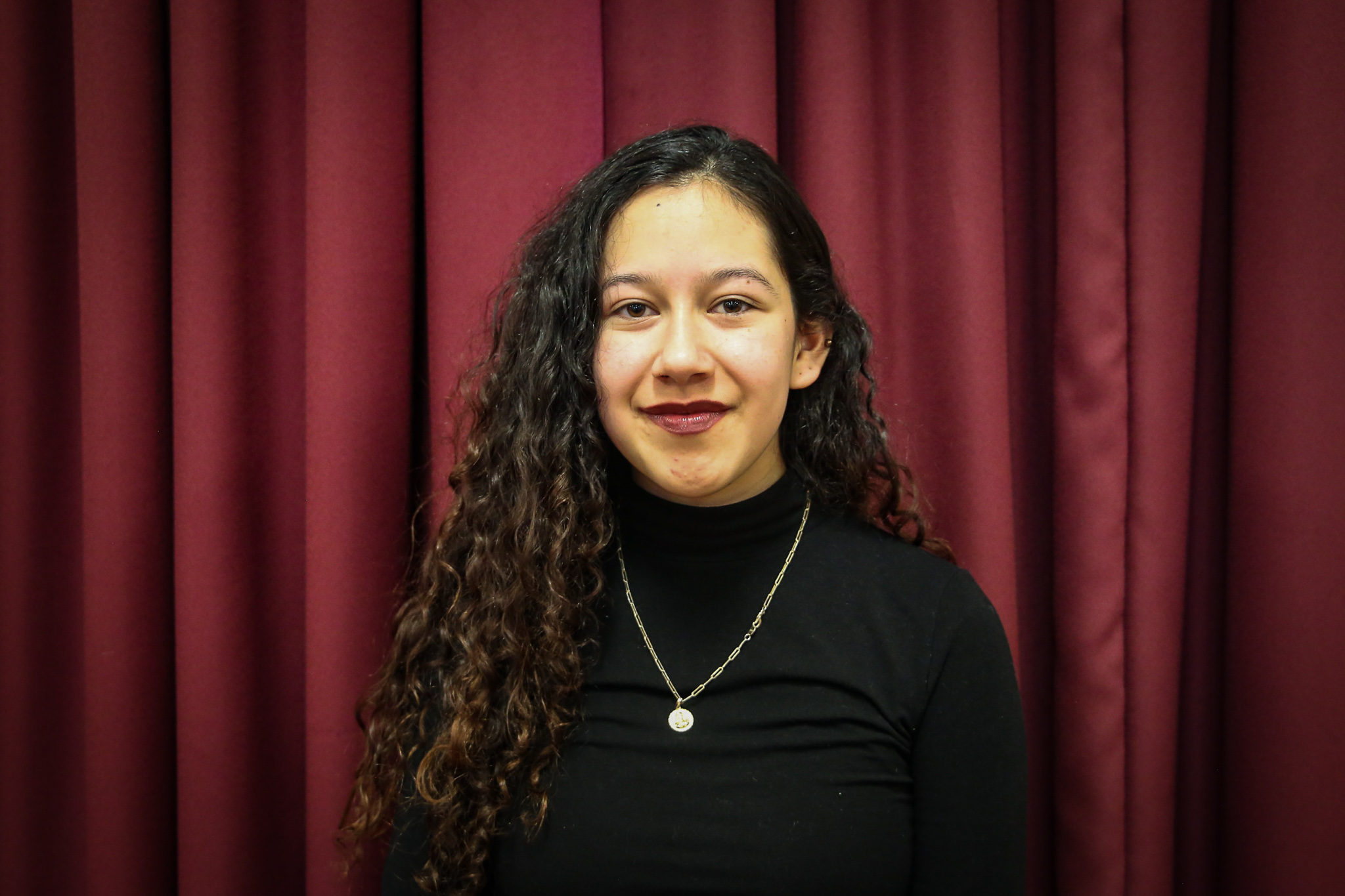 Daphnie Ordóñez is a sophomore in Barnard College studying political science and planning on minoring in history with a concentration in Latin America. Her New Year’s resolution for 2019 was to become a self-made nail technician and to journal more. Whenever she’s free and isn’t being a klutz, you’ll find her scrolling through Twitter or posted at Tea Magic. As a Los Angeles native, she will find any excuse to roam around the city while the sun is out, so if you have any recommendations, please reach her at dzo2101@barnard.edu. Spec Sin Barreras runs alternate Wednesdays in Spanish. 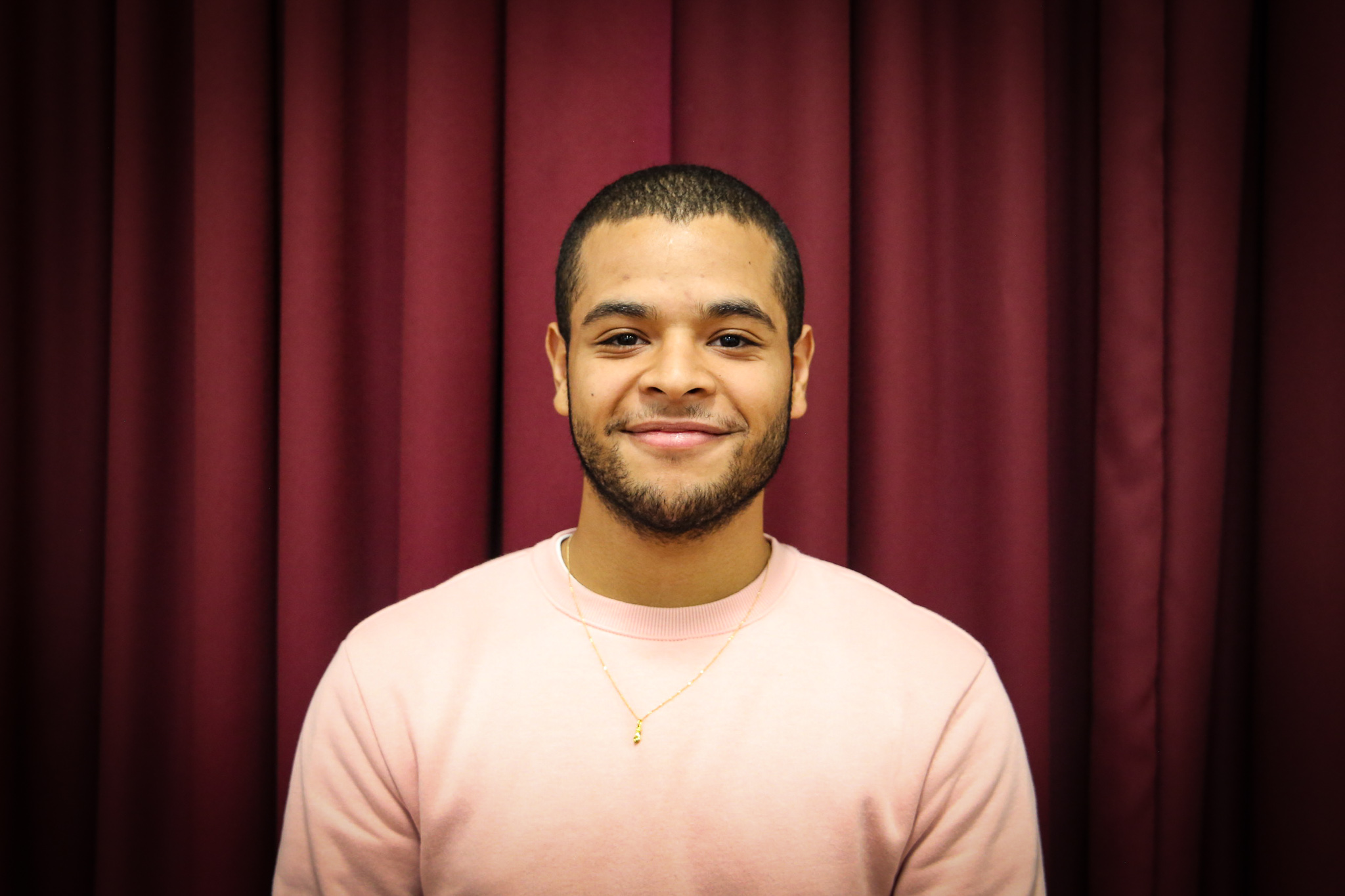 Gabriel Franco is a sophomore in Columbia College trying hard to double major in political science and Latin American and Caribbean studies. He has a compulsive habit of buying expensive long books he knows he will never finish, and even though his eyesight is A+, he still can’t recognize people waving from a distance. He generally spends his evenings in ButCaf, ButStacks, or maybe ButRef (not really), never for study purposes. He loves to talk about politics, zodiac signs, race relationships in urban environments, the Student Organization of Latinxs, and (of course, for those who know him) Brazil. If you see him, do say hi (and bring a snack)! If you have a no-Butler policy, email him at franco.gabriel@columbia.edu. A Persistent Flaw runs alternate Thursdays. 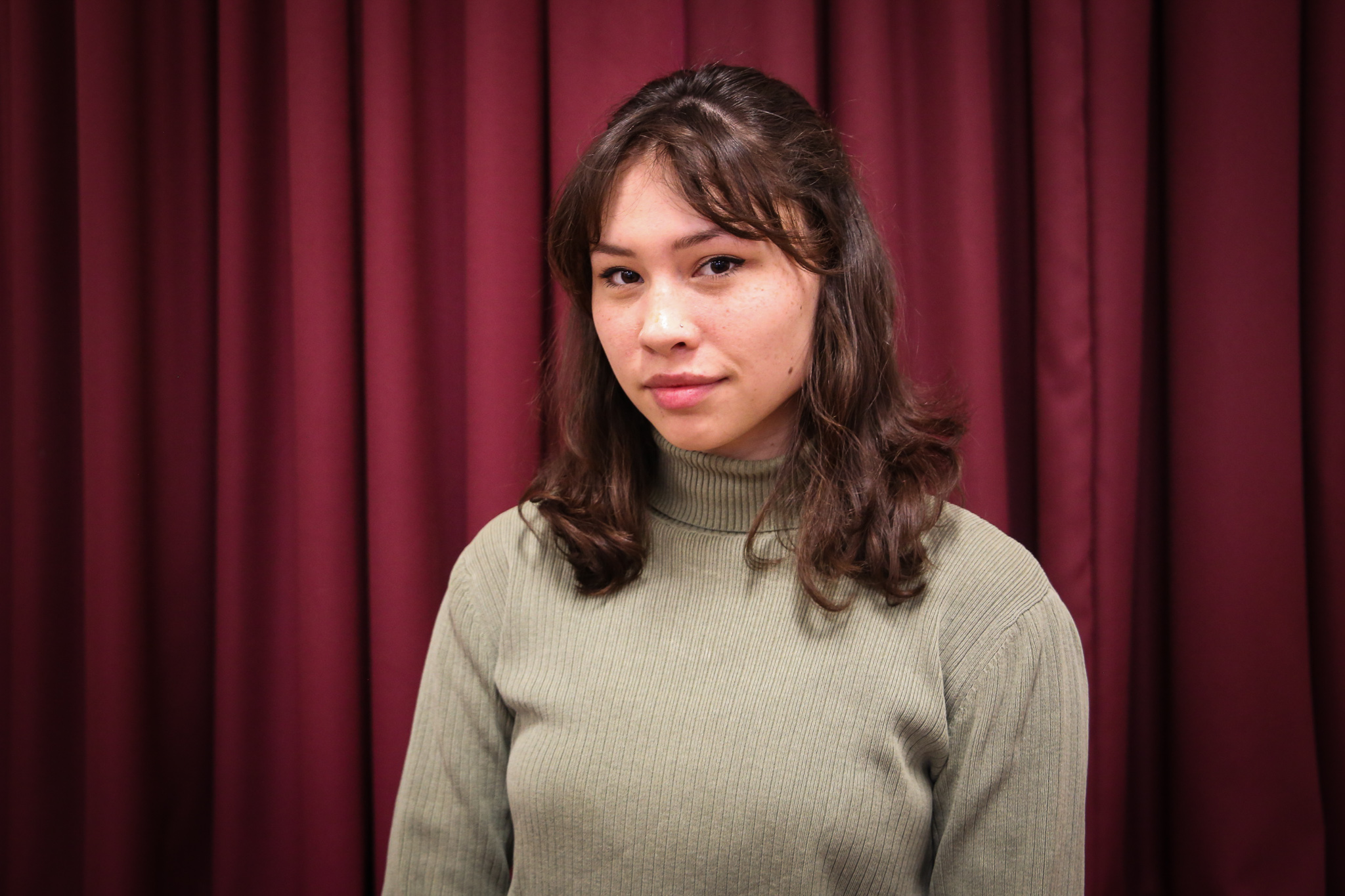 Hana Rivers is a junior in Barnard College majoring in English, concentrating in creative writing, and minoring in women’s, gender, and sexuality studies. A true Scorpio and a die-hard San Franciscan, you can find her climbing rocks, inhaling dried hot pot, and sipping endless oat milk chai. She’s passionate about the intersection of creative writing and social justice as well as interrogating the invisible threads that run below the surface of on-campus and corporate activism. Complain to her about the sheer amount of texts by white dudes you’re assigned at hr2370@barnard.edu. On the In-Between runs alternate Thursdays. 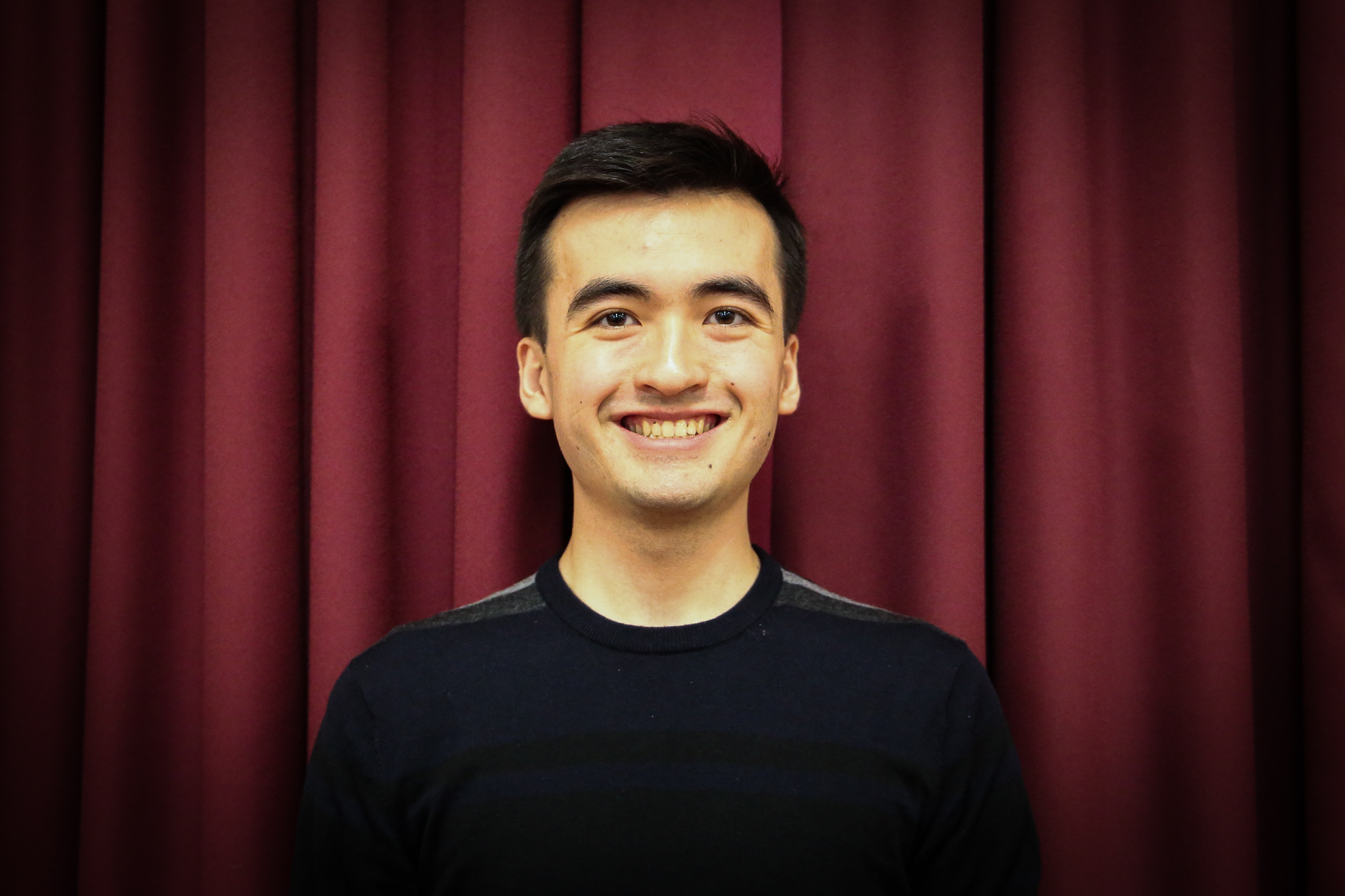 Jimmy Quinn is a General Studies junior in the Dual BA program with Sciences Po. He’s majoring in political science and wrote for Spectator’s Discourse & Debate series last semester. If you also think Lerner Hall is a crime against architecture, you can reach him at jtq2104@columbia.edu or on twitter @realjimmyquinn. Short Views runs alternate Fridays. 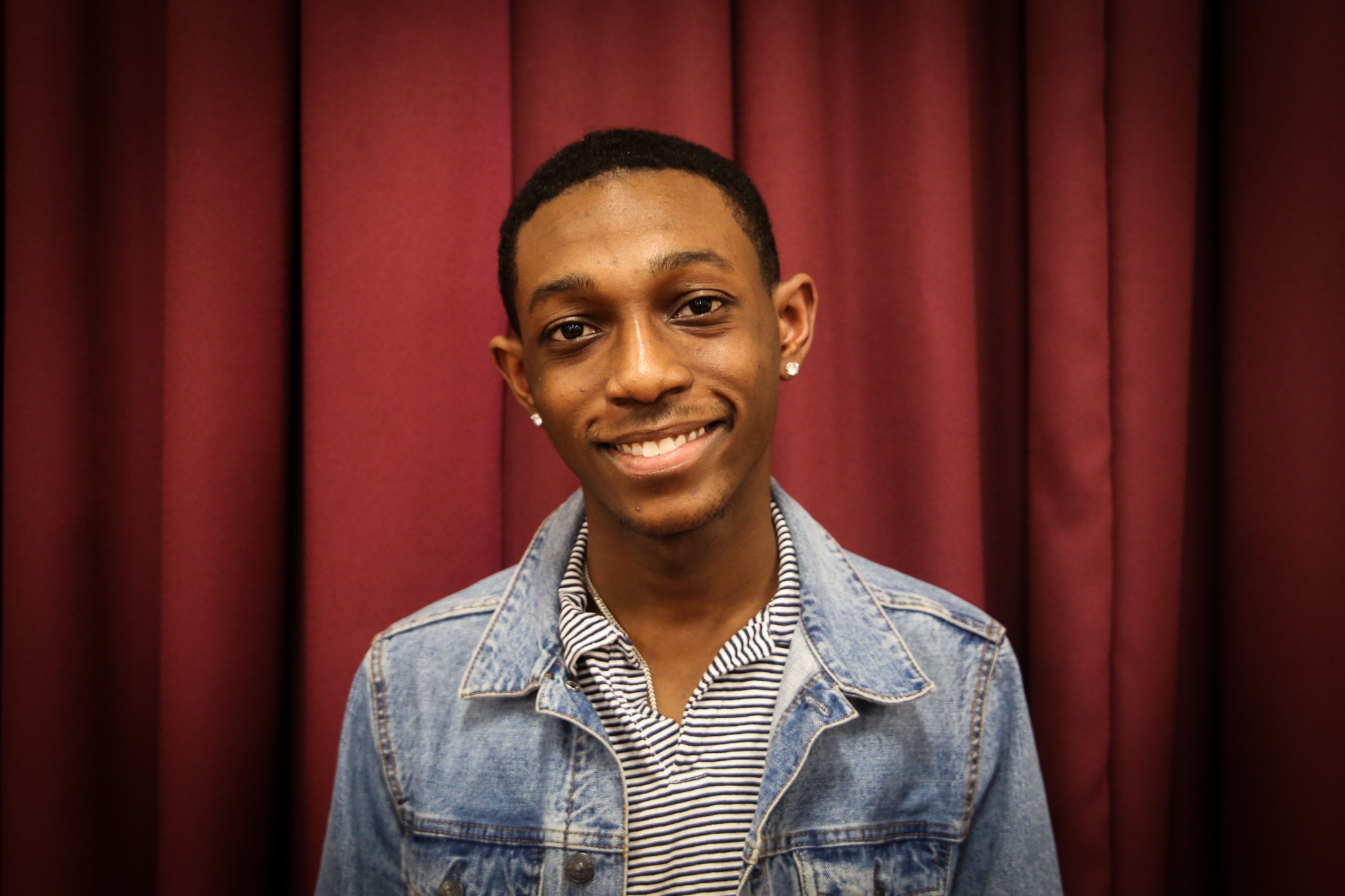 Colby King is a first-year in the School of Engineering and Applied Science (hopefully soon to be Columbia College) interested in neuroscience but majoring in environmental engineering for now. He is originally from Dallas, Texas and will remind you that Texas is the greatest state in the United States despite his intent to never go back. He has the superpower to hear someone mention Beyoncé from across the room and teleport himself into the conversation to talk about racism. He is the first-year representative for Columbia’s Black Student Organization and teaches teens to make slightly better decisions than he has through Peer Health Exchange. If you want to know why #BlackLivesMatter or why you should join the Beyhive, feel free to follow him on Instagram @c0lbyyy or email him at colby.king@columbia.edu. His column The King Has Spoken will run on alternate Fridays. 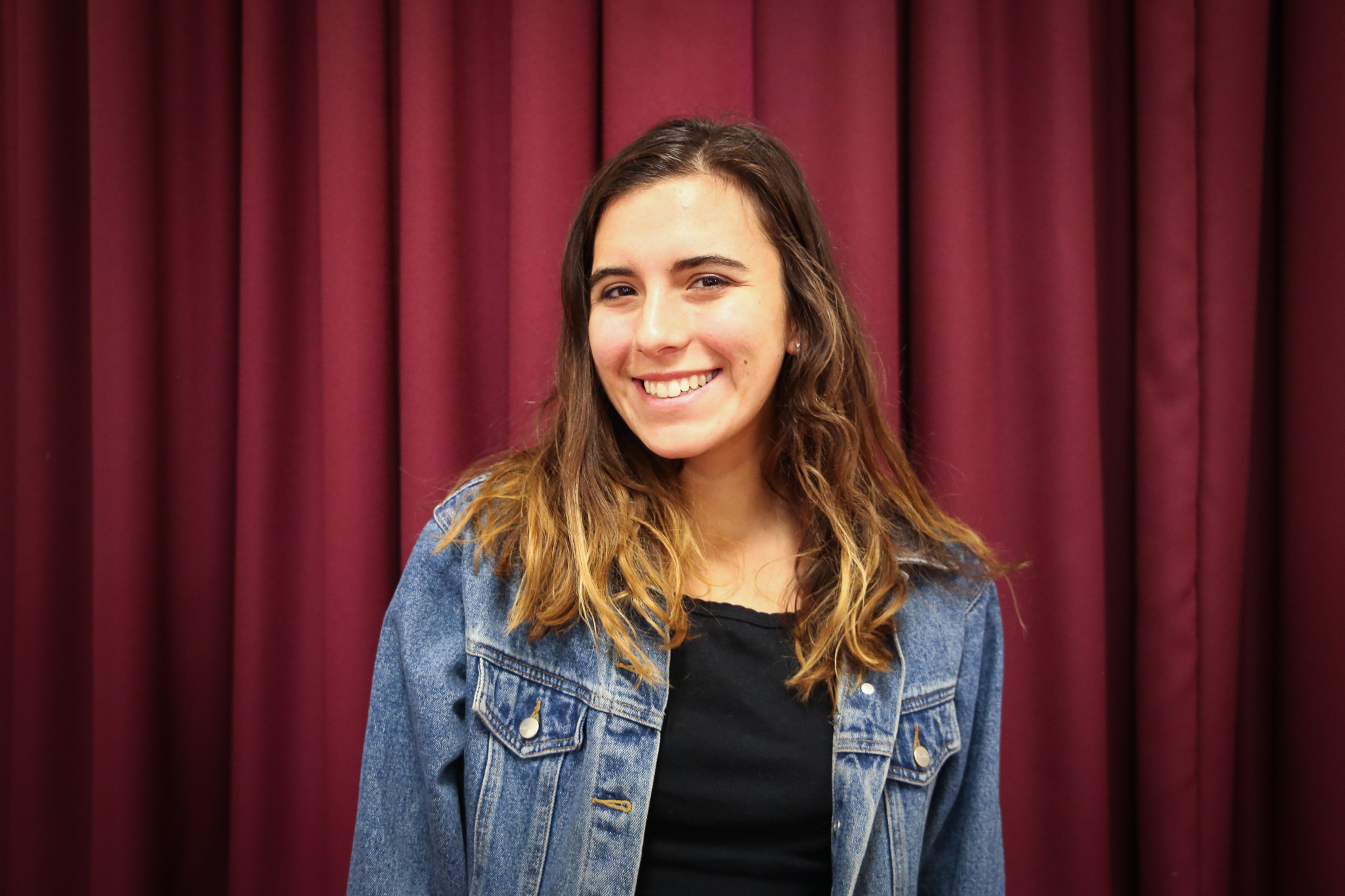 Christina Hill is a Columbia College senior majoring in history and concentrating in Slavic studies who was born and raised in Kailua, Hawaii (Delta frequent flyer miles are her love language). Growing up with a Dominican mother, a stoic father, and an adopted New York boldness has left her both semi-fluent in Spanish and so forward it makes people uncomfortable. When not crying over the Russian instrumental case or making up campus conspiracies, you can find her procrastinating by going on runs while avoiding the rats in Riverside. Ask her about the time Martin Shkreli personally offered to buy her meme page from her. Read Christina’s World on alternate Fridays.