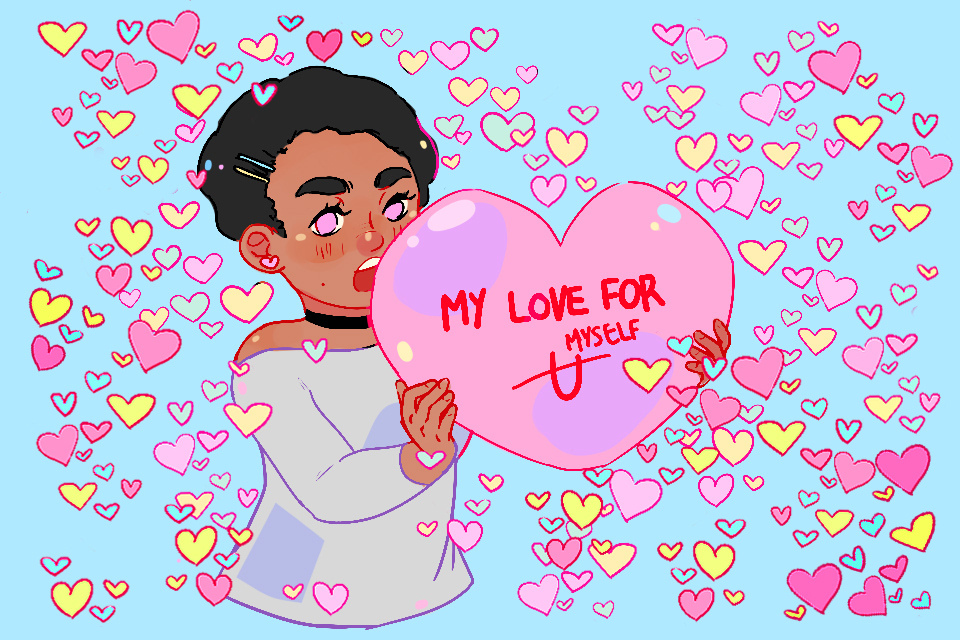 This time last year, I was Not Happy. I ended up taking the following semester (fall 2018) off for medical leave. It’s something that I still have a hard time talking about comfortably, and it was an abysmal process at best, but the results of that process included a beautiful service dog in training, a career-furthering internship, and one (1) mentally stable human being. I’m three times the person I was a year ago at least, but back on campus I’m reminded of what led me to leave in the first place.

Columbia students love advocating for mental health support and claiming that we are always there for you “if you ever need to talk”—it’s what we do. But the disconnect between what we say and what we do is pretty significant. While the taboo surrounding mental health and mental disability is what prevented me from reaching out to the support systems I needed, the romanticization of heroism and support is, conversely, what prevented my friends from reaching out to me, which left me going through shit completely alone last year. The same people that hit me with a quick “damn that’s crazy, I hope you figure it out” when I talked about my problems seemed to idealize late-night deep conversations and being the “mom-friend.”

I’d like to emphasize that this situation is a) no one’s fault, but b) something that happens way too often. We all want to be the person that talks someone out of jumping off a roof at three in the morning. We all want to be the person that someone can talk to about their trauma for three hours and walk away healed from those memories. Adam Smith would argue that suffering is lessened when we share it, and I’d agree. But if that’s the person we want to be, we need to make ourselves more available for those moments.

The reality is that there’s no way you can have the mental space to care for another person if you yourself are going through the same problems. That’s what I think Columbia students simultaneously remember and forget the most: that we all have our own shit to sort out, and it’s unfair to expect someone to lend their emotional labor to you if that resource is scarce even for them. It’s also unfair for them to claim to have the mental space to help you if they haven’t even dealt with their own problems.

This is why I wish taking time off weren’t so taboo on campus. It seems to imply that you’re not smart enough, or working hard enough, to finish in four years “like everyone else.” While I’d be lying if I said that isn’t still an insecurity of mine, and taking leave was not something that I was easily convinced to do, ultimately medical leave created the space for an invaluable gift: permission for me to be selfish with my time and energy. Instead of taking classes, studying abroad, or participating in extracurriculars, I watched Netflix and trained my dog and took medication. I ate home-cooked food and exercised and, most importantly, actually had time to process my problems and leave them behind in that semester.

Not that one semester was enough to completely solve all of my problems! But I wasn’t trying to process my problems while still chasing a diploma. It let me focus on no one but myself, so that I could compartmentalize my own health and build up a savings account of emotional energy, rather than living dopamine paycheck to dopamine paycheck. And now that I’m back in school, I can spend that “money” on other people, rather than worry about myself. I can be OK with spending some on a random girl crying in a Pupin hallway, rather than worrying about where that leaves me the next time I need to break down in a Pupin hallway. I have enough space to let myself grow through college, while also having space to help other people when they need that help.

My worry instead is that too many of us are, or feel like we need to be, that girl in Pupin: burning out, with barely enough time to break down between classes. Honestly, I’m not sure that burning out at college is normal at all, although it sure is common, especially at a school like Columbia.

Personally, I can compare myself now to who I was before my leave, even who I was in high school, and say that I’ve never felt less burnt out in my life than right now. It makes me think that maybe college isn’t supposed to be completed in four years. Maybe if you want to complete college with an excess of emotional energy, rather than just enough for yourself, you need to take an excess of time. Because now that I dumped all my problems on that one semester and I can throw it in the past, I remember to ask people questions like if they’re eating, if they’re sleeping, and if they’re happy.

Eileen Moudou is a junior in Columbia College, somehow happy, healthy, and thriving even though she’s majoring in chemistry. You can meet her hero on IG @spotsofkingsley, or email her at em3218@columbia.edu to talk about how therapeutic a semester off was for her.