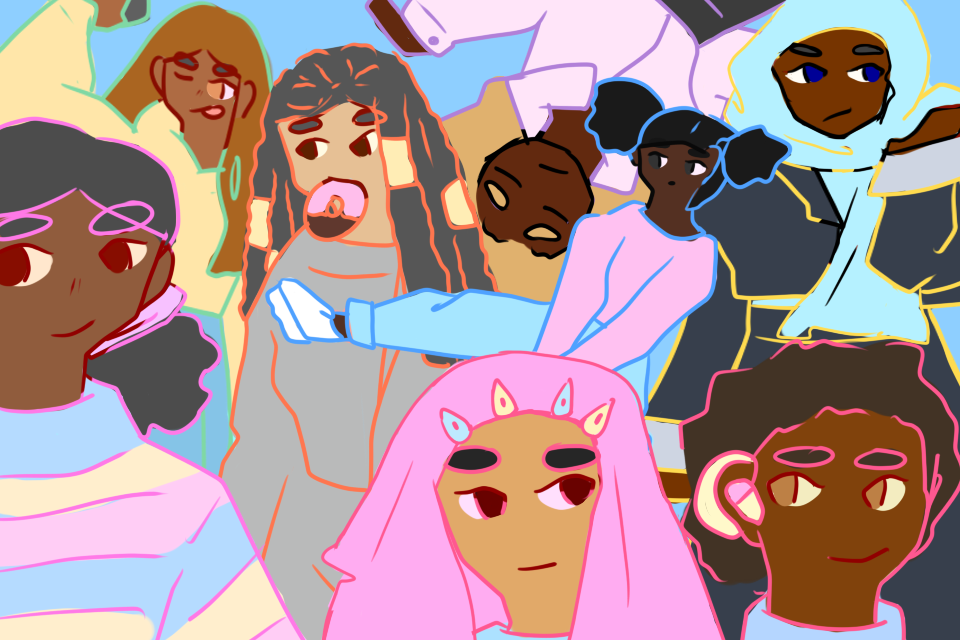 During a talk with Kimberlé Crenshaw—the mother of intersectionality—at Columbia Law School in January, I found myself confused when she introduced the mothers of three Black women who had died in incidents of police brutality: Korryn Gaines, Shelly Frey, and India Kager. Shelly Frey was even from my hometown of Houston, but I still hadn’t known her name. However, I could easily name high-profile incidents where Black men had been killed from police brutality: Freddie Gray, Philando Castile, Eric Garner, Michael Brown. These names came to mind with hardly any thought.

From my mom and aunts who raised me to the vast majority of my friends, teachers, and even favorite music artists (one in particular), many of my values, goals, and successes have largely been owed to Black women. I have always openly and vocally expressed my support and love for both the Black women in my life and Black women in general, and have long considered myself to be an ally of Black women.

Then how could I, a person who has spent his life surrounded and uplifted by Black women, erase Black women from conversations about something as serious and relevant as police brutality?

Black women have historically been universal allies, readily placing the best interests of those around them above their own. Black women were critical players in the struggle for the suffrage of both white women and Black men. Their existence as both Black and woman caused them to fight for the rights of both groups; nevertheless, those they were allied with seldom reciprocated that level of respect and support. Throughout the civil rights movement, Black women were critical in the struggle for racial and gender equality. Women like Angela Davis, Coretta Scott King, and Ella Baker were key figures in the fight for civil rights, working alongside men like Huey P. Newton, Dr. Martin Luther King Jr., and W.E.B Du Bois (even while openly criticizing the erasure and discrimination of women in the movement). From Shirley Chisholm and Eleanor Holmes Norton to Ayanna Pressley and Maxine Waters, Black women have supported equality for all women and people of color through law and legislation. Even today, Black women have been critical to the foundation of modern-day movements like #BlackLivesMatter, #MeToo, #TimesUp, and many more. The names listed here don’t even begin to scratch the surface of the influence of Black women on the foundation of the United States, let alone the world (and I wish that I could continue to list the contributions Black women have made to this country and across the world. Trust me, I tried, but columns apparently have word limits).

Despite all that Black women have done for the liberation and equality of all people in the United States, they still face systemic oppression and disparities in everything from police brutality, healthcare, and education to housing, pay, and even in what they want to do with their hair.

This brings me back to allyship, a word continuously thrown around Columbia’s campus and throughout the realm of social justice. It seems that allyship is used as a buzzword for woke points more than to actually support and dismantle the systems of discrimination and oppression that affect the everyday lives of people. “Ally” has come to be used to describe anyone that mildly supports the people one claims to be allied with.

But that is not allyship. Allyship is allowing a group of people to take the lead and supporting them fully in what they need you to do. Allyship is doing what you can to educate yourself and work through your implicit (and explicit) biases. Allyship is a willingness to put someone else's interests before your own, even if doing so dismantles the systems that benefit you, and even if you may not receive any benefits, just like countless Black women of past and present have not.

So why wasn’t I able to recognize names like Korryn Gaines, Shelly Frey, India Kager, and so many other Black women that have been affected by police brutality?

The truth is, I didn’t care.

Well, rather, I didn’t know to care. I didn’t know to think about the issues and worries that Black women have to think about every day. I assumed that my proximity to Black women was enough to qualify me as an ally, and believed that just by acknowledging their influence on my life and being willing to listen to them was enough. I hadn’t even begun to do the internal work to dismantle the social conditioning that has made me care more about Black men than women. This does not mean that I never loved or supported Black women, it simply means that I still have work to do in order to call myself an ally for Black women in the same way that they have been allies to me. We must all be better allies for Black women on Columbia’s campus and beyond.

And to the Black women in my life and beyond, I thank you and promise to do better for you.

Colby King is a first-year student remorseful for his lack of allyship with Black women as well as disillusioned by the use of the word “ally” in general. If you, too, realize you aren’t as much of an ally as you thought or realize that you really don’t understand the concept of intersectionality, please send messages to colby.king@columbia.edu. The King Has Spoken runs on alternate Fridays.