Why do we think poor students can’t have nice things?

Why do we think poor students can’t have nice things? 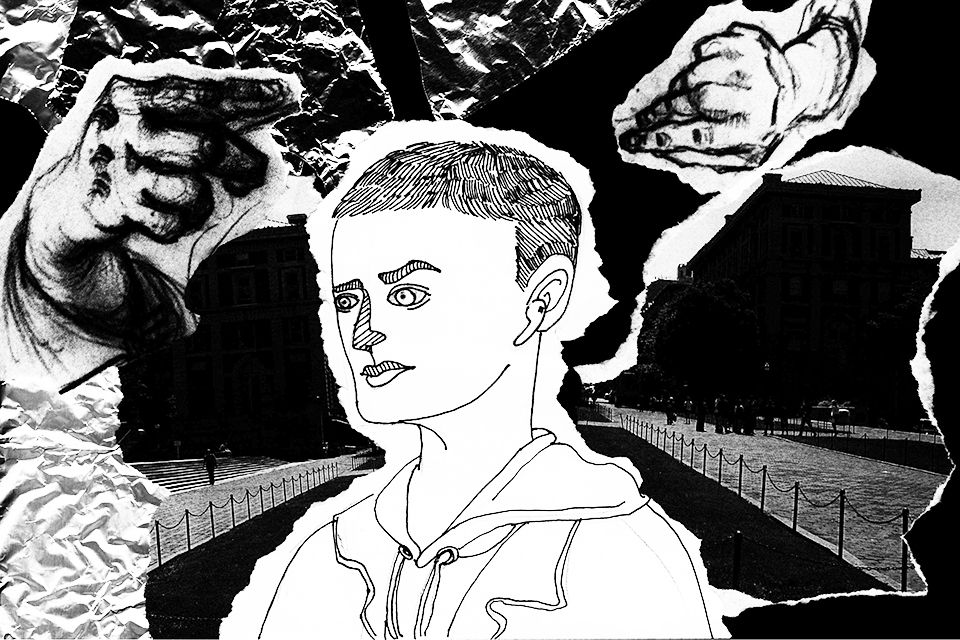 On a pretty uneventful day a couple of weeks ago, I commented to my mother about my vague desire to get AirPods. Much to my surprise, upon asking me how much a pair cost (too much, mom!), she told me she’d transfer me the money so I could go buy them. I did not ask twice. When Monday afternoon came, I was on the subway down to the Upper West Side Apple Store.

After I told some friends that I had gotten AirPods, their reactions were very categorical. They made jokes about me being “rich now” or “not hearing [them] over the sound of my pretentiousness.” I won’t lie; I probably would’ve mocked them too, if the situation had been reversed. Still, the fact that my closest friends here, who know so much about my financial struggles, regarded me slightly differently just because of a pair of earbuds, puzzled me. Was owning AirPods completely incompatible with being poor?

AirPods have become a supposed signifier of wealth on Columbia’s campus. The idea that whoever boasts a pair ought to have bought it with their American Express Black Card seems to be prevalent. Walking around with any other kind of earbuds, whether cheaper or more expensive than AirPods, means nothing other than that you want to peacefully listen to your music. If you have AirPods, on the other hand, odds are you’re one of the “elite [students]—who pay full tuition and whose parents donate money—[who] indirectly opened the doors for such students to matriculate at substantially lower costs.”

There is widespread misunderstanding of what it means to be poor on this campus. Relying on signifiers like Canada Goose jackets, Fjällräven Kånken gear, or, well, AirPods as evidence of uber-wealth is definitely not the way to go about it. We assume these products are exclusively for those with fuller wallets, invariably implying that poor people can never access them. One could justify this by saying that these expensive things are deliberately overpriced (which is true in most cases) so that only those who have money to spare can purchase them. Or they could argue that the main motivation to purchase these products is not the function of the product, but the acquisition of some sort of “flashcard” of wealth, a signifier. Either way, something smells rotten with this issue, and it has everything to do with our perceptions of wealth and poverty on this campus.

Notions of poverty at Columbia involve a basic understanding that poor students are overall not destitute, counteracted by a highly fictitious illusion that poor people’s belongings must always be less than what is considered “best.” Perhaps because we very often discuss financial aid here, many assume that aid recipients depend solely on Columbia’s refunds to go about their lives; therefore, when we buy something we desire, Columbia is the one sponsoring our splurges.

The truth is many poor people at Columbia objectively can buy themselves AirPods or Fjällräven gear, although maybe not Canada Goose jackets (they really are unreasonably expensive!). For some, purchasing these items costs much more in proportion to their disposable funds than for others, or they just aren’t worth it compared to more useful things that can be bought with our definitely not expendable dollars. We do sometimes have access to supposed signifiers of wealth, but that does not necessarily mean we will buy them. And the same goes for the rich. Let’s say the yacht-owning, spring-break-Rome-traveling, off-campus-living, Community-dining student has chosen to not purchase AirPods or a Canada Goose. How do we identify them now? Or, should the question be, why must we?

If we all got a penny every time someone pointed out that Columbia is an elite space, we’d all be rich by now. Yet, we seem to forget the nuances of this elite population. Poor Columbia students are not the poorest people in the world, simply because the poorest people have no access whatsoever to any of the opportunities that bring young people here.

Take me as an example. Back in Brazil, I never considered myself poor (and, in many ways, I still don’t). Yet, due to currency exchange and the challenges of single-parenting, my annual household income is around six times lower than the amount below which full financial aid is guaranteed at Columbia. I guess for those unaware of this dynamic, it would seem odd for me to be able to get AirPods simply because I want them, provided I wouldn’t be able to pay rent in this city if I weren’t in college. To that, I say: Poverty is not uniform. It is complex, and it translates to different experiences for different people in different situations. When talking about poverty on campus, I can only approach it through my own perspective; assuming what others go through would be a major mistake.

On the Monday I got my AirPods, as I was riding the subway back to Columbia, I felt a little weird about using them in public. What will people think of me now? Will they assume I suddenly got rich, or that I’m trying to emulate wealth out of shame? Should I care? My thoughts were momentarily interrupted by a loud noise coming from my left. As I turned my head, I saw a man, probably in his thirties, wearing his work outfit—muddy boots, paint-splattered jeans, and a construction vest—desperately trying to contain his laughter as he watched a video on his phone. In his ears, a pair of AirPods. Eventually, his laughter subsided, and I went back to my music.

Gabriel is a sophomore in Columbia College studying political science and Latin American and Caribbean studies. He absolutely loves listening to music at all times. He used to have to get new earbuds almost every week because using them too often would cause the wires to break constantly. Check out his Instagram stories @francog53 for daily curated song selections. A Persistent Flaw runs alternate Thursdays.