Not just in my head

Not just in my head 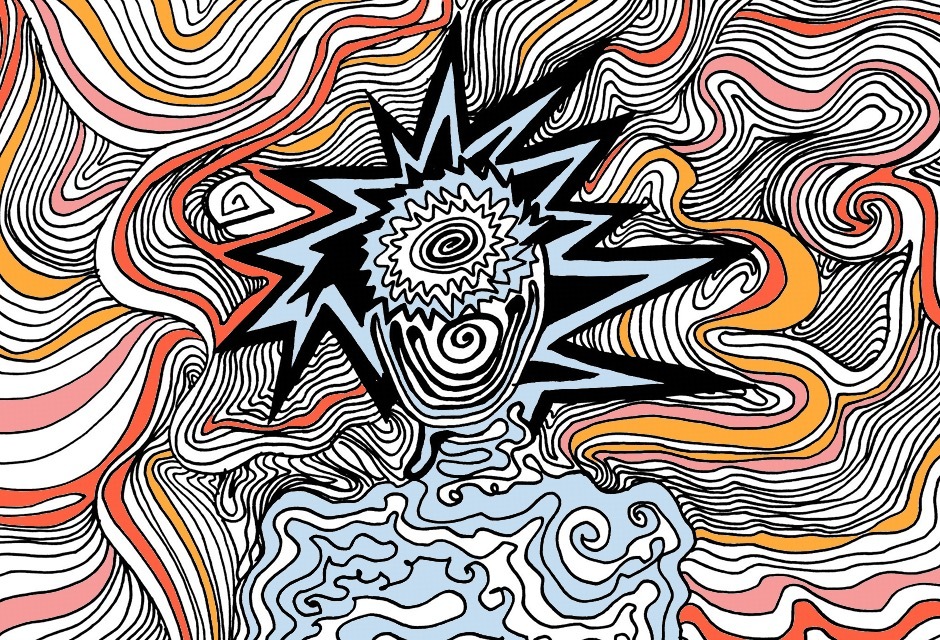 Imagine your skull is being compressed and someone is poking your brain with a needle. Your vision is blurry, making it impossible to focus. The room is slowly spinning and you’re getting nauseous. The faint sunlight coming through your window feels blinding, so you shut your eyes and try to take a deep breath in. It’s like all of your worst hangovers combined. Now imagine this happens a couple times a month, every month. It might sound dramatic, but that’s life with chronic migraines.

I’m one of the roughly 29.5 million migraine sufferers in the United States. I usually get them once or twice a month, or more frequently when I’m stressed, dehydrated, sleep-deprived, not eating properly, or a myriad of other environmental factors—basically, any of the unhealthy behaviors prevalent at Columbia. Dealing with a chronic illness is hard enough, but doing so at an incredibly challenging university that lacks structural support for chronic illness is a Herculean task.

I used to think everyone had headaches like mine and I was just hypersensitive to the pain—the kind that lasts for days at a time and is accompanied by symptoms like dizziness, nausea, fatigue, and sensitivity to light and sound. For years I’d complained to doctors about my pain and was either met with skepticism or directions to “suck it up.” It wasn’t until a few years ago when I casually mentioned it to my female gynecologist that I was finally believed and referred to a neurologist who confirmed that the severity of the pain wasn’t just in my head (pun minorly intended).

Unfortunately, my story is all too common. In the not-so-distant past, doctors deemed migraines to be a “woman’s problem” stemming from emotional disturbances like hysteria, depression, and stress. While modern medicine now attributes migraines to some combination of abnormal brain activity and genetics, sexism still permeates the discourse around chronic pain. Women suffer from migraines three times as often as men and make up a whopping 85 percent of chronic migraine sufferers. Despite making up the majority of migraine sufferers, women’s pain is less likely to be believed and, as a result, women are much less likely to receive adequate treatment in a timely manner.

Given that the medical field still has a ways to go in its understanding of migraines, I shouldn’t have been surprised that misconceptions about migraines are pervasive on a campus that loves to boast about its commitment to scientific research. I remember going to Medical Services during one particularly difficult migraine episode to get a note to excuse my absence from a class with mandatory attendance—which, in itself, is a ridiculous policy considering a) how hard it is to get an appointment with Medical Services during peak times and b) the financial barriers to seeking medical treatment in a country without universal health care.

When I told the nurse about my migraine—while clutching my head and shutting my eyes to keep out the fluorescent light—I felt like I wasn’t being believed. Despite the nail that felt like it was being hammered into my left temple, I’d dragged myself to Medical Services for help and instead I was reminded of all the times my pain had been dismissed.

This is not to say that I haven’t found some semblance of support on campus. Fellow migraine sufferers have recommended treatments that work for them and this dope app Migraine Buddy that helps me track my migraines. Several professors kindly skirted around departmental absence policies and graciously extended deadlines when I informed them of my condition. Plenty of friends and coworkers have brought me Gatorade and Excedrin in my hour of need when the pain is so bad all I can do is lie in bed with the shades drawn and a sleep mask over my eyes.

But Columbia—and society at large—has a ways to go in supporting people with chronic illnesses. Obviously regular class attendance is important, but strict attendance policies disadvantage students with illnesses, particularly those that flare up unpredictably. Getting help for coping with an illness is incumbent on the sufferer, and given the systemic weaknesses in resources like Medical Services and Counseling and Psychological Services, it’s all too easy to end up suffering in silence. In my case, since migraines aren’t classified as a disability by the Social Security Administration, applying for assistance from the Office of Disability Services seemed like a litany of paperwork to get through without any guarantee of sufficient support. I’d spent so long not having my condition taken seriously that I’d lost faith and instead chose to cope on my own.

While the administration can and should work to ensure that all students have the support they need to be successful, we should all have a bigger conversation about our misconceptions of people with chronic illnesses and, more specifically, the sexist discourse around women’s pain. Just because someone doesn’t openly discuss an illness doesn’t mean they aren’t hurting. Just because an illness is invisible doesn’t mean it doesn’t exist.

To those of you who, like me, are juggling chronic pain or an illness on top of school, work, a social life, and countless other obligations: I see you, and I am here for you.

Laura Salgado is a senior at Columbia College studying political science. If you also deal with chronic pain or an illness, feel free to email her at laura.a.salgado@columbia.edu. A Pinch of Salt runs alternate Mondays.