Letter to the Editor: Columbia should be better

Letter to the Editor: Columbia should be better 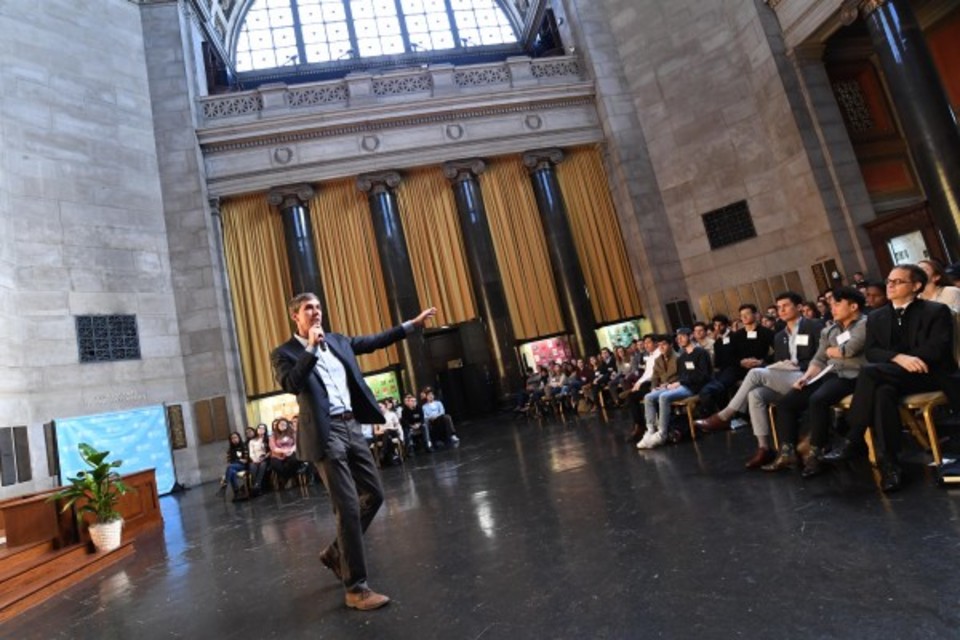 Earlier this week, Shaan Pandiri published an op-ed titled “Beto Should Be Better.” I’m writing to explain that Columbia’s obsession with its identity as an alma mater is not unique nor novel. In fact, whether from students itself or supported by the administration, famous alumni (in politics, arts, science) are a marketing tool for the University and a confirmation for students that their $70k+ tuition will hopefully pay off. Look at Beto O’Rourke, Columbia can say, a former punk rock bassist who is running for president! You, nameless Columbia student with eclectic interests, can pay thousands of dollars to our school and eventually run for president too!

Columbia will always support its alumni regardless of their political policies or lack thereof. Former Attorney General Eric Holder CC ’73 has a whole initiative named after him now, and just a quick glance at any of Columbia’s social media accounts—particularly Instagram—shows its frequent posts (and bragging) about famous alumni in politics or elsewhere.

When William Barr, CC ’71 and GSAS ’73, was sworn in as attorney general under President Trump, after Jeff Sessions was unceremoniously fired, Columbia’s social media accounts went just as wild. Barr is notable for severe criminal justice laws passed in the ’90s that critics believe led to a massive spike in prison populations, under the guise of lessening “violent crime.” He also wrote many legal opinions justifying the U.S. invasion of Panama in 1989 and the arrest of President Noriega by U.S. forces. Columbia’s Instagram did the same when Neil Gorsuch, CC ’88 (also a Spectator writer), was confirmed to the Supreme Court, just days after the divisive inauguration of Donald Trump.

Obviously, Columbia will lap up Beto’s charisma and unproblematic nature because his smile makes for perfect marketing material. Beto, even before he announced he was running for the 2020 Democratic nomination, had been splattered all over Columbia’s social media accounts in a way that Barr and Gorsuch were not. I attribute this to Columbia’s multi-layered, forward-thinking, advertising campaign—imagine how good it would look to not only have one but two famous alumni as presidents!

What should be examined is Beto’s appeal because of his identity as a tall, white (attractive) male. Perhaps that’s why people—Columbia students, its marketing campaigners, and American liberals—feel so comfortable with him, despite his lack of credentials. But, Christina, you may say, he is smart! He has a Medium account where he writes on the issues at hand! The New Yorker compared his writing to Knausgaard!

I concur that in his blog, he hints at his policies in perhaps a more accessible way than the clear-and-dry method of traditional of presidential hopeful’s websites. He, in turn, markets himself as a Democratic nominee who is transparent. But this doesn’t detract from the fact that his politics have been slippery—he’s flexible and allusive.

Without fully formed ideas and policies, he can act as an everyman for any Democrat, and also for undecided or Republican voters, who find the idea of a woman or a person of color too scary.

While Elizabeth Warren, Cory Booker, Kirsten Gillibrand, Kamala Harris, and Tulsi Gabbard have been criticized through every method possible, and dismissed by some reporters from contention already, O’Rourke has been able to remain mostly unscathed. Perhaps this will change when the debates begin, but until he is completely out of the running, I doubt Columbia and its students will end their support for him.

I agree with Pandiri’s article and do believe that Columbia students should inform themselves on the prospective candidates a bit more fully than simply than “He was a rower at Columbia.” We must keep in mind the star power he would bring to Columbia’s name and how appealing the University makes him out to be.

Christina Hill is a Columbia College senior who writes a biweekly column entitled Christina’s World, but is now starting to voice her own political opinions.