The short view on finance recruiting

The short view on finance recruiting 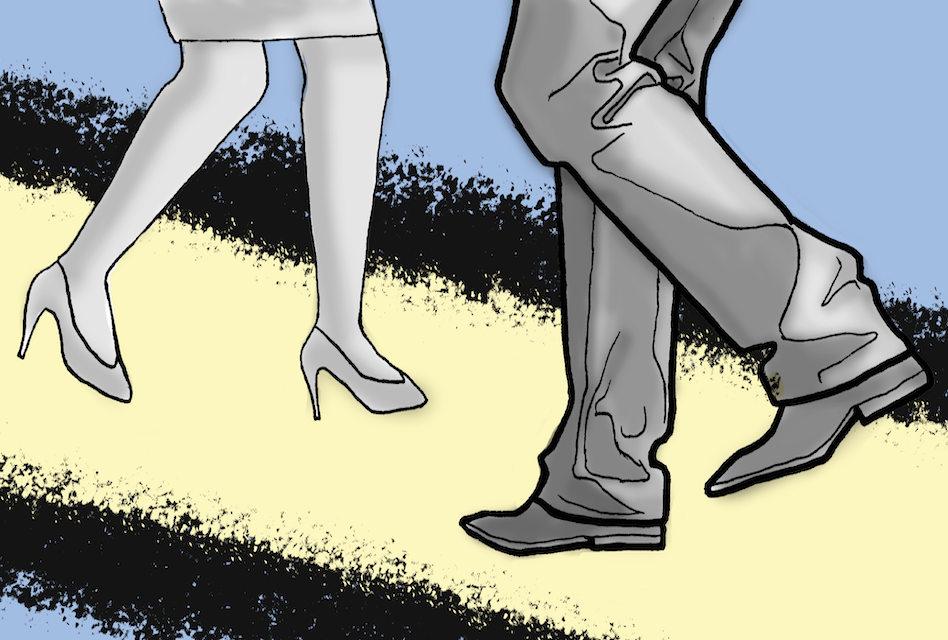 My friend Kevin messaged me after the announcement of this semester’s columnist lineup: People in the GS Lounge “thought your column was called short views because you are short [crying laughter emoji].”

My height aside (5’7”, by the way), the column name actually comes from the W.H. Auden poem “Under Which Lyre.” First presented in front of Harvard’s honors society, the legendary humanist’s poem described a battle raging between partisans of the liberal arts and those who want universities to take a vocational, practical turn. That was 1946. Auden’s conclusion is a clarion call, even more urgent today: “Read The New Yorker; trust in God; / And take short views.”

And take short views. That’s not really something we do, is it?

When I speak to students at other Ivy League schools or adjacent institutions, they tell me about something that I’ve also seen at Columbia: If you want a job in banking (and who doesn’t these days?), start early and network hard—everyone’s doing it.

It’s hard to conceive of a time where the most exclusive student organizations on this campus were not student banking and consulting groups, or when the University neglected to offer robust on-campus recruiting and made-for-Wall Street financial economics syllabi. Our Columbia builds a resume and a path to managing director. But building perspective, not to mention character, is a different thing entirely.

This concern about the trajectory of our culture and education, not those reflexively woke platitudes about the immorality of financial markets, forms the basis of my skepticism about the Ivy League to Wall Street pipeline. The whole conversation about “selling out” is egregiously overdone. The real doubt to consider is how new recruiting tactics affect the education that we pursue.

Columbia’s IB-warriors are on perpetual recruitment footing. Take the 1 train downtown from 116th on a fall afternoon; you’ll probably see a well-groomed sophomore in a suit, clutching a leather portfolio, headed for a super day. One person I know schedules three networking appointments every week. Another friend describes a typical timeline: Begin the job search for the next summer (say, 2019) over a full year before (spring 2018).

It’s an arms race so fraught that in October Goldman Sachs and JP Morgan called a truce to fix the industry’s ridiculously front-loaded recruiting schedule. How long this will last is unclear, but it doesn’t matter much because other top firms don’t appear to have followed. Goldman’s CEO, commenting on his company’s decision to adjust its recruiting timeline, said that he spent his college summers as a camp counselor. That just wouldn’t cut it today; you're at a disadvantage if you don't start your freshman year.

But here’s the part that really makes my head spin: Many people accept a summer analyst position at the fall of their junior year, snag a full-time return offer the next summer, and then, after starting an investment banking role closely following graduation, begin the search for a private equity job (prompted by swarming headhunters) for two years down the line. Add to that deferred enrollment MBA programs that hold a candidate’s place for a couple of years after graduating. This ranges from Harvard’s, which guarantees matriculation two years after graduation, to Columbia’s, which saves your spot for up to five.

These students can launch themselves on a path where their lives are mapped out for the four to eight years immediately following graduation. Thus investment banking is unique among other things that Columbia students do after graduation; it requires your undivided devotion to career development in the classroom and out. Even for those who view their education as more than rank career advancement, this reduces it to “learning how to think,” rather than what to think about. It’s now fashionable to recruit students from a wide range of disciplines—banks harvest the human capital developed by universities. But recruiters only need to look for the skillset, which can be divorced from the moral and intellectual content that underlies it.

That's just how we’ve been conditioned to think. Many of us came of age with a psychological expectation of safety and a simple path to success: Do well in school, earn a spot at a top university, and get a high-paying job. Writing in 2001, columnist David Brooks described the archetype of the “Organization Kid,” high-achievers who, as children, were shuttled from swimming practice to school to orchestra rehearsal to chess club. He wrote about a poster calling for Princeton students to apply to a consulting firm: “Now that you’ve made your parents proud, join KPMG and give them something to smile about.”

Countless smiling parents and 18 years later, little has changed, except that the requirement to plan far ahead is becoming standard operating procedure across other fields, too. Like the Organization Kid of 2001, we learned that doing everything correctly leads to success, which leads to fulfillment. And that this can only be achieved by meticulously planning ahead. When faced with uncertainty, what better way to cope than to commit yourself fully to the popular thing?

Banking has long been a common career path for Columbia students. Severely front-loaded recruiting timelines, on the other hand, are a product of the last few years and might indicate where we’re headed. It’s time to entertain the idea that Auden was wrong to suggest that the liberal arts could win out against Useful Knowledge. It seems that we’ve accepted the reformulation of the poet’s words offered by top employers: “Read the earnings reports; trust the grind; / And take long views.”

That much is clear. But whether there’s any chance of fixing it is an open question.