Envisioning a future as gay as Barnard

Envisioning a future as gay as Barnard 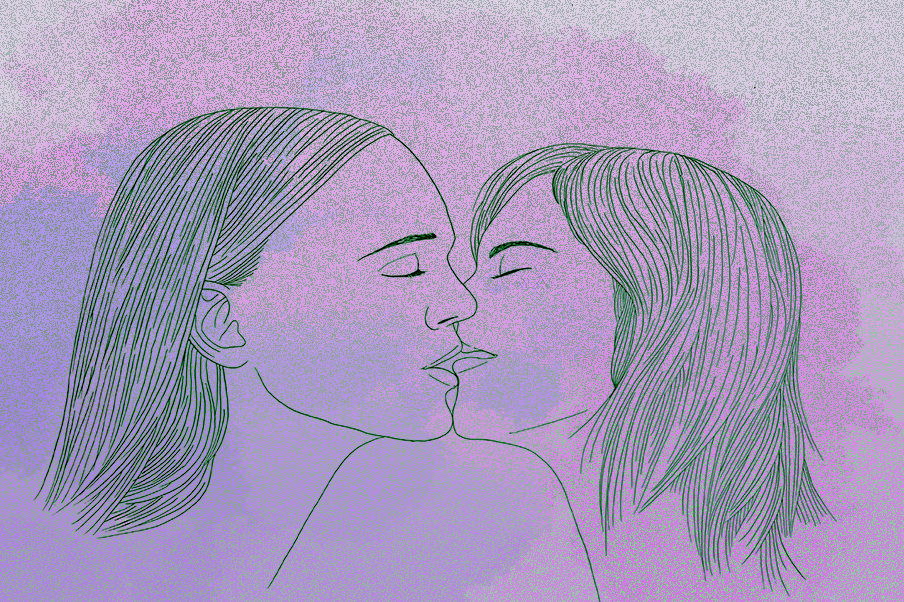 Whenever I question my decision to transfer to Barnard, I remind myself that I’m getting the education I wanted, that I’m in New York, and that there were two separate boys at Northeastern who asked for threesomes specifically with me and the only other bisexual girl they knew. And I remind myself that the therapist I was seeing at the student health center that year said, “But… I thought you were bisexual?” after I’d told her I’d slept with more than one man.

At Northeastern, I felt like I was surrounded by heteronormativity all the time. In contrast, I’ve found Barnard/Columbia to be almost incomparably different. I can’t overstate the relief I feel when people didn’t assume my sexuality or didn’t do a double take the first time I said something about an ex-girlfriend.

In middle school, my health and sex education teacher told us that bisexuality doesn’t exist. This is obviously a terrible thing for a middle school teacher to say, and it left middle school me feeling very confused. I was one of those naive (read: dumb) children who Googled “am i gay quiz,” knowing in the back of my mind that once you Google that, you already know the answer. My parents were always accepting of who I am and probably would have responded to my coming out with, “yes, we know.” However, I didn’t have the knowledge to even understand what sexual orientation was, let alone know where I landed on that spectrum.

That same health teacher is now the principal of that middle school, where my sister is currently a seventh grader. This school has come a long way in the past eight years, though. Not only do they teach accurate information in health class, they even have an LGBTQ club.

My sister recently told me that she is either not straight, or middle school boys just suck. I said that maybe both are true. And then I cried. I cried because queer women experience sexual violence at much higher rates than straight women. I cried remembering when I was 18 and I told a girl that I liked her, and then we made out on my porch. After she left, I sat outside until three in the morning, absolutely distraught because I felt like my life was about to change and I didn’t know who I was anymore. I learned later that she was so surprised by what had happened that she ran a stop sign and got pulled over while driving home.

My sister texts me transcripts of conversations with her crush. She asks me for advice about things like how to tell if a girl is gay, and how to tell if she likes you back. I never know what to say. First because I honestly still can’t tell if someone’s gay, and second because I didn’t know anyone in middle school who admitted to themselves that they weren’t straight, let alone came out to others. Bisexuality didn’t exist, after all.

Her experience is so drastically different from mine that I sometimes can’t wrap my head around it. For a while, I wondered if there were merits to struggling with your sexuality and second-guessing yourself. I couldn’t explain exactly what I gained from the weeknights during my senior year of high school that I spent drunk off gin in Crystal Light lemonade and crying because I liked girls, but I assumed it was a formative experience.

Being in a setting where everyone I’ve met is open and accepting of others’ sexualities made me realize that this assumption isn’t true at all. While there is still a long way to go, my sister is proof that attitudes toward LGBTQ youth are improving in the U.S. Part of this progress is in giving young people the freedom to question and discover their sexualities without feeling like they’re doing something wrong.

For a long time, I thought that struggling to define myself was a necessary step to growing up, that it somehow would make me more prepared for the rest of my life. But listening to my sister casually chat about maybe being bisexual or lesbian made me realize that she is in a far better place than I was, and her ability to question her sexuality without discomfort is a mark of confidence in herself that I lacked.

I can, of course, only speak for my own experiences at Barnard/Columbia. For me, being here means I can finally go about my life not being hyper-aware of not being straight, and not worrying if people will react poorly if I tell them that. While I have a lot of complaints about this school, I am incredibly lucky to be here, and I want my sister to have the same freedom I have here throughout the rest of her life.

The author’s only hobby is matching with couples looking for a third on Tinder and telling them to hire a sex worker and contribute something useful to the economy instead of fetishizing queer women. If you want to discuss this column or ask her on a date she can be reached at lc3280@barnard.edu. High Entropy runs alternate Wednesdays.