Is it a “privilege” to go to Columbia?

Is it a “privilege” to go to Columbia? 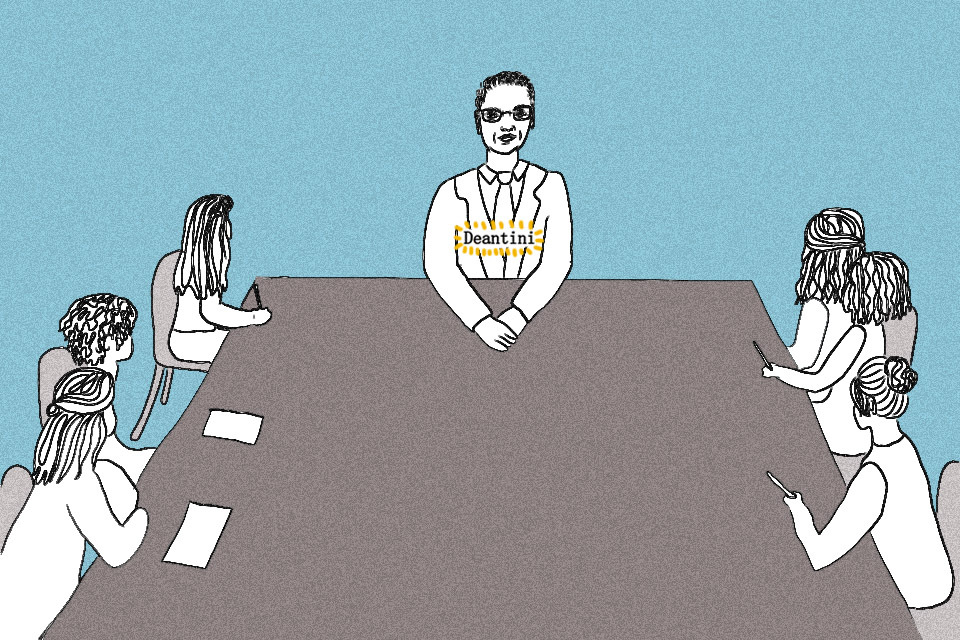 About three weeks ago, I was selected by random lottery to have lunch with Our Benevolent Administrator and Dean of Columbia College James Valentini. Truth be told, it was a good time. Something Deantini said has been on my mind ever since, though.

Somehow—as people do, I guess—we were talking about how great it is to go to Columbia. In an effort to soothe our anxieties about internships and jobs, Deantini reminded us that Columbia prepares its undergraduates very well for the future. I remember him saying that studying here is an incredible opportunity—but he hesitated to call it a privilege.

Well, the word “privilege” certainly has a loaded meaning. It evokes white privilege, male privilege, the privilege of wealth, and many, many other institutional advantages that influence how American society is constructed. “Privilege” hasn’t always had this particular meaning, but the change has been in progress since the late 1980s at the latest.

Something that has never changed, however, is the fact that the haves tend to uplift fellow haves and oppress the have-nots.

“Privilege” often perpetuates itself because it’s difficult and uncomfortable for those that are privileged to recognize their advantages without some explicit context for doing so. It’s much easier to just ignore or forget about them. Columbia students from wealthy families don’t have to have a job during the semester in order to pay their student contribution or splurge on a night out, so why would they even think about having to apply for one unless they have friends from non-privileged backgrounds?

Deantini using the word “opportunity” struck me as a way for him to protect himself from criticism. I can imagine him thinking “I don’t want to say it’s a ‘privilege’ to come to Columbia, because using that word might imply that all the students we admit come from privileged backgrounds—and they don’t.”

It’s true, they don’t. Even though Columbia is historically a school for the privileged, and even though the norm here is being middle- or upper-class, low-income students are here, too. Sixteen percent of undergraduate students receive federal Pell Grants, a rate level with or higher than those at peer institutions. There are first-generation and low-income students here who receive QuestBridge and other scholarships, and some who attend without them.

Most Pell Grants are awarded to students whose annual household income is below $20,000. According to U.S. Census data, households earning less than $20,000 per year made up around 15.4 percent of all households in 2017. Okay, that’s fairly close to Columbia’s 16 percent of students. But (as it has been pointed out before) this doesn’t at all account for the fact that 13.4 percent of Columbia’s class of 2013 came from the top 1 percent of earners, while just 21.1 percent came from the bottom 60 percent. If attending Columbia wasn’t some kind of privilege, wouldn’t 1 percent of our graduating classes come from the top 1 percent, and 60 percent from the bottom 60 percent?

What Deantini did not recognize when he bypassed the word “privilege” is the fact that higher education in this country is designed for the aristocracy. Columbia and other schools might tout their “holistic approach to admissions,” but the fact of the matter is that admissions rates are higher for rich kids than they are for poor kids. Schools like Columbia idealize applicants with high SAT scores (costly test-prep classes facilitate this for wealthy students) and lots of extracurricular involvement, especially in volunteer work (with minimum wage jobs offering no particular benefit to a low-income student’s application). These practices clearly prioritize students from wealthy families.

It’s undeniable that a Columbia education is designed with a student from the privileged elite in mind. But non-privileged students study here, too. That tension must’ve caused Our Benevolent Administrator to choose his words carefully.

It’s wrong to imply that students from non-privileged backgrounds don’t have a place at Columbia by calling it a “privilege” to study here. Non-privileged students earned their spots and almost certainly worked (and continue to work) harder than everyone else while doing so. But it’s also wrong to ignore the fact that, since a disproportionate number of students here are extremely privileged, a Columbia education is a social and economic advantage.

Austin Dean is a junior studying linguistics. He practices one to two hours of beginner’s mind every evening and recommends you do the same. Please send your favorite underappreciated word or phrase to acd2179@columbia.edu. Can of Words runs alternate Tuesdays.