Columbia, but make it fashion

Columbia, but make it fashion 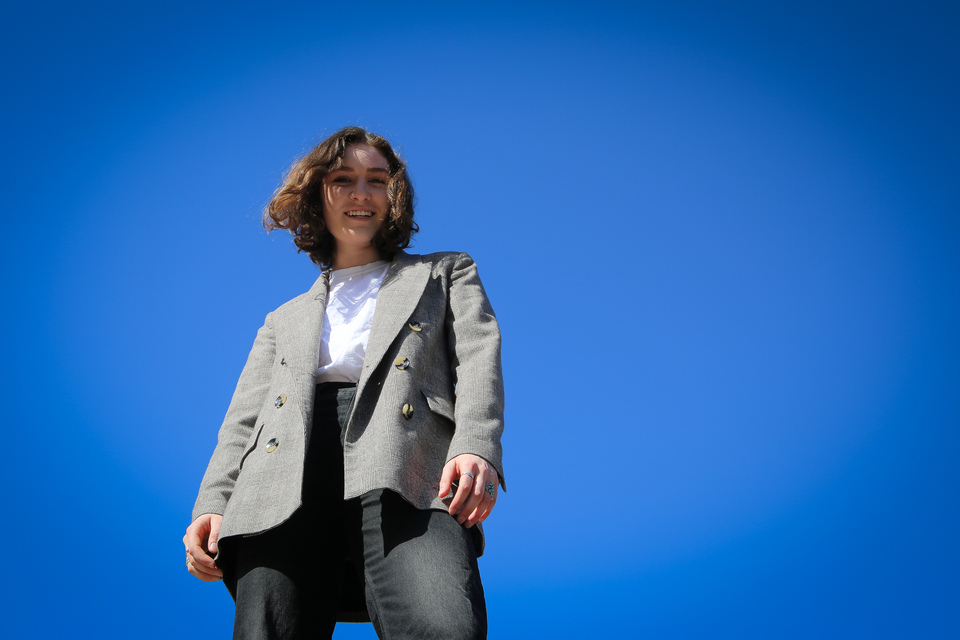 New York and fashion go together like peanut butter and jelly, Batman and Robin, or Butler Library and soul-crushing silence. Over the years, the city’s deep-rooted creative diversity has created an “anything goes” atmosphere, in which stylish individuals, including designers, bloggers, and socialites, seem to thrive. As a result, some of history’s most legendary style moments have occurred right here in Manhattan, like Holly Golightly’s little black dress from Breakfast at Tiffany’s, Carrie Bradshaw’s ballerina skirts from Sex and the City, and whatever the heck people were wearing at Studio 54 in the ’70s.

Since Columbia is (figuratively) situated smack-dab in the middle of this glorious fashion whirlwind, it’s no surprise that this diverse sentiment has found its way into the wardrobes of Columbia students. For instance, if you take a second to look up from your sushi and bubble tea in Café East, I guarantee that you’ll be able to discern at least four or five various styles ranging from “I just stepped off of the runway” to “I just rolled out of bed.” And both are held to the same standard.

As an avid follower and an enthusiastic participant (or confused, depending on your taste) of the fashion world, I was beyond excited to be going to school in one of the world’s fashion capitals. For years I had been poring over the pages of Vogue, watching films about various designers, and Instagram-stalking bloggers like Danielle Bernstein and Alyssa Coscarelli, all the while cultivating my own personal style to accurately represent my identity.

I found endless amounts of joy in playing with new colors, looks, and silhouettes. The act of channeling my own character into such a blatant, concrete medium gave me a boost of confidence at a time in my life when insecurity and uncertainty reigned supreme. My excitement was dramatically increased by my eight-year-long tenure at a school with the stuffiest dress code you’ve ever seen. I’m talkin’ khakis, polos, skorts, Oxford button-downs, and closed-toed, closed-back shoes (excluding sneakers) for six hours a day, five days a week, for EIGHT YEARS? To have NYC as the new setting for all of my style/self-exploration adventures was like Augustus Gloop getting to frolic through Willy Wonka’s candy garden (minus the part where he gets sucked up into a tube from the Chocolate River).

When conversing with the two people I knew who attended Columbia, rather than first asking about dining or housing like a logical high school senior, I channeled my inner Elle Woods and inquired, “So what do people wear to class?” Both responded with “anything goes.” After standing there in shock for a few seconds, I ran off to light my dozens of pairs of khakis on fire, and find the largest suitcase in my house.

Upon arriving on campus, my excitement hit peak levels. For weeks, I had imagined myself wearing some fabulous outfit, strutting down Broadway with RuPaul’s “Cover Girl” playing in the background and my hair being gently blown back by an invisible Beyonce fan.

However, as I looked around at everyone else’s outfits and styles, I began to feel extremely inadequate. Everyone dressed so much cooler than me. They all have Air Force 1s and can pull off chokers way better than I will ever be able to. And where the heck did they all get velvet scrunchies? I basically became that girl in Mean Girls saying, “I saw Cady Heron wearing army pants and flip-flops, so I bought army pants and flip-flops.” However, instead of having an obsessive admiration for just one person, I felt this way about anyone who seemed mildly stylish. The confidence I had in my own sense of fashion and identity took a nosedive, and the excitement I once had virtually disappeared in a matter of days.

It wasn’t until a couple of weeks into the school year that I had a “Eureka!” moment. I was walking up Low Steps on my way to UWriting when I quite nearly stopped dead in my tracks. Passing me on their way down the stairs was someone in a head-to-toe Gucci outfit. It was 8:30 in the morning. Ninety percent of the people around were in their pajamas or something close to it, but this person clearly didn’t seem to care. After seeing this mystery passerby, I slowly started embracing the “anything goes” mentality of the New York fashion scene which has clearly found its way to Columbia’s campus.

In an era when everyone is encouraged to express who they are, this student body is actively participating by wearing what best represents who they are and what they aim to do, regardless of rules or norms.

Sarah Powless is a first-year at Columbia College studying history and French. She is currently freaking out about registration and can be reached at sdp2152@columbia.edu.