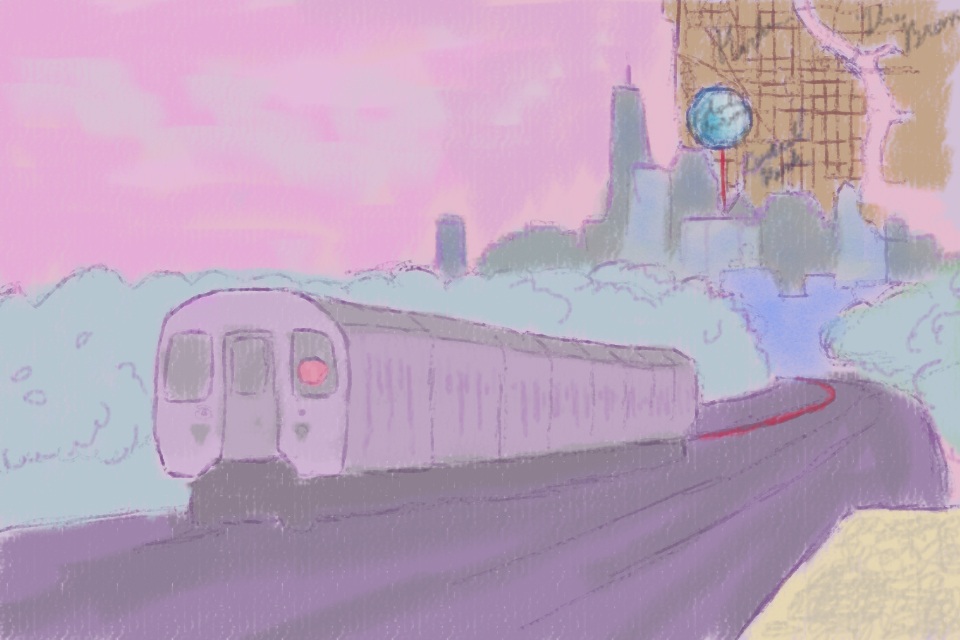 In my personal experience, Paris has the best public transportation of all time; trains that come every three minutes on the dot; plush, leather, baby blue seats; and shockingly clean tracks. So when I took the New York subway home from JFK at the end of spring break, you could imagine my disappointment at its decaying state—unidentifiable sludge dripping from the rusted ceilings, rats scuttling over the tracks, an overhead light flickering, filled with the twitching bodies of half-dead insects.

As I wearily trudged back from the D train station to my Plimpton dorm, I deduced it wasn’t just the MTA that was making me feel so sad about returning to New York. I had (and have) a bad case of junior slump. While we seemed to have coined terms for these ineffable periods of disillusionment—sophomore slump, senioritis, etc.—why don’t we have a name for that state of absolute done-ness you feel at the end of your junior year? That’s definitely a thing, and I’m not sure why we don’t talk about it more.

Perhaps it has something to do with the onset of spring. With everything feeling so fresh and the scent of budding flowers permeating the air, this campus seems to dull in comparison. Everything becomes painfully boring—the grueling uphill walk from Amsterdam to Broadway, the suffocatingly hushed atmosphere of libraries, the neverending stream of Ferris pasta bowls with no grilled cheese and tomato soup day in sight. Despite the fact that after nearly three years here I can bang out a scarily adequate five-page essay in one sitting like some sort of automatic machine, all I want to do is go home and lounge languidly on my parents’ couch and forgo any and all obligations.

But alas, it’s that liminal period between midterms and finals in which, although nothing is yet all that pressing, I feel pressed regardless. Research papers and final exams loom ominously as I try to enjoy some sun in the lawns in front of Butler. I set my alarm for eight but end up peeling myself out of bed at ten because something about April at Columbia makes me utterly lethargic, unable to wake myself up in the morning. It’s not the effect of mental illness, per se (although it very well could be); it’s just an extremely serious case of prolonged boredom.

The fact that it’s possible to be so bored at this school is disturbing, especially considering that most of us came here in order to reap the benefits of New York City. While we have an ostensibly never-ending source of entertainment at our fingertips, somehow it’s far too easy to live solely within the scope of the Columbia bubble. There’s something about this school that makes you feel bound to it, drawing you into the fallacy that it’s impossible to be truly productive outside the confines of its gates.

The day after that sad journey from the international terminal at JFK to my shoebox dorm, instead of spending hours hidden away in the annals of Avery, I forced myself to leave campus. I walked across the Williamsburg Bridge while blasting Maggie Rogers. I waited in an exorbitantly long line, surrounded by tourists and squealing 13-year-olds, to obtain the fetish object that is the Glossier Mango Balm Dotcom. I did my readings at a Greenpoint café and went climbing at a new gym.

At the end of the day, as I wolfed down a hunk of brie from the extremely elusive phenomenon that is a Whole Foods sample stand, I found myself feeling that same sense of unbounded exhilaration I used to as a teenager visiting this city. Despite its propensity for grimy, overpriced transportation, New York is nonetheless still a place where tourists flock to all year-round, and it’s disheartening that Columbia’s entangling nexus of stress makes us forget this.

So I implore you to go out into the world (it isn’t a continent away, just a 1 train ride). Fight the accuracy of that one columbia buy sell memes post articulating the extent to which you’re confined to Morningside Heights. Don’t justify going to Milstein just because it has some semblance of good light; take the train and get off at a random stop like the ironic New York college student you are. You can even do your reading on said train to distract yourself from the sad, sad state of the New York subway, if need be. All this is to say, if you need a sign to go to Brooklyn this weekend, this is it.

Hana Rivers is a junior at Barnard really looking forward to being done with this semester. Reach out to her at hr2370@barnard.edu. On the In-Between runs alternate Thursdays.