Why should I pay for Columbia’s mistake?

Why should I pay for Columbia’s mistake? 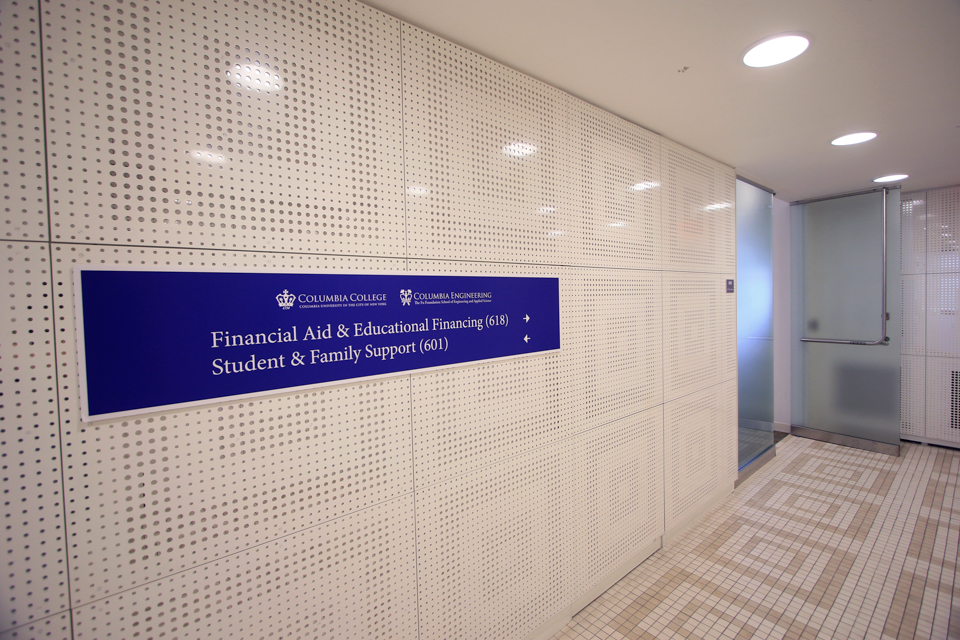 Both semesters this school year, I received a tuition refund from the Office of Financial Aid and Educational Financing. My family and I originally thought this was peculiar, but assumed that we miscalculated our out-of-pocket expenses for the year and graciously received the refunds. We received one at the beginning of fall semester and another at the beginning of spring semester. Recently, I received an email from the Billing Department saying that I was responsible for a large balance on my student account. You guessed it—we were never supposed to be issued any refund. The issue came about due to the miscalculation (by the Office of Financial Aid) of a specific grant that is supposed to cover the cost of my dual-enrollment program with Juilliard. Now Columbia wants their money back. My question is, why did they give it to us in the first place?

When I asked why and how this happened, I was sent around to three different financial departments over the course of two weeks in what was essentially the most white-collar and infuriating game of finger-pointing I’ve ever experienced. One officer I met with acknowledged that this should not have happened, but none could offer any answers as to why or how it did. It was made clear to me that someone, somewhere made a mistake. I agree, and it’s one my family shouldn’t have to pay for. We have heard about the lack of transparency between the Office of Financial Aid and students before, but from my experience, it would seem that this same complication is present between the officers and the administration as well.

Now vexed to be on this wild goose chase, I went back to the financial aid office and was directed to the executive director, who finally admitted that they were aware of the mistake. It is now April; two refunds have been mistakenly issued, and a humongous sum of money is looming over my student account—one that prevented me from declaring my major last month.

I was told that while the miscalculation of the grant is affecting other students as well, this situation is unique in my case because a refund was issued––mind you, by no fault of my own. Now, we have been given a mere 30 days to pay Columbia back, but with a mortgage, three kids, and a full host of other expenses, there’s no way my mother would have the refund money sitting around from seven months ago.

The actions of the financial aid office have made their expectations clear: While they recognize the mistake was on their end, Columbia fully expects my family to pay for their error. I explained, again, that this was an immensely unreasonable request and advocated for Columbia to face the consequences of their mistake. In response, I was told that University policies prevented the Office of Financial Aid from absorbing the cost of this fee. It would seem that there is no policy, however, that necessitates the accurate calculation of a student’s financial aid. This gross oversight was a failure to do just that.

In the time since my family has been asked to shell out a fortune, I began talking to some of my peers around campus and was shocked to learn that my story, while unfortunate, is far from uncommon. I’ve heard from a number of friends that they’ve also been asked to return refunded money to the office. I am baffled, to say the least.

Why hasn’t someone in one of the financial offices recognized that multiple mistakes are being made on a yearly basis? Have any measures been put in place to reduce these mistakes? On their website, the Office of Financial Aid claims to “work with students and families […] to develop a plan to pay for college.” Asking a family to pay an amount per semester, refunding them, and subsequently requesting that money back hardly sounds like a “plan” to me.

The executive director of financial aid told me he attempted to grant additional aid to cover the cost of their mistake, but was ultimately unable to provide any concrete solutions. Now, I hope to get the attention of someone who can. Why should my family pay for the mistakes of University employees? I give my all to this University, and I do it with a smile. I am privileged and proud to be a Columbia student—so much so that I actively help recruit new students through my work in the Office of Undergraduate Admissions. The very institution I spend countless hours on a weekly basis promoting has stabbed my family in the back without batting an eye. The University must recognize that actions have consequences. Simply put, this is irresponsible, unfair, and unacceptable.

From this process, I have become keenly aware of the general heartlessness of the financial aid office. Unfortunately, this was a painful reminder that Columbia seems to operate as a business first and an educational institution second. The added stress this office has caused me and other students is immense, but I am struck at how seldom it seems the Office of Financial Aid is held accountable when failing to provide support to the very students and families they are supposed to serve.

This egregious behavior must end now. With cost of attendance nearing $80,000 a year, the least students and families can ask of Columbia is proper calculation of financial aid. If they fail to do so, it is our responsibility not to submit to Columbia’s demands, but to insist in response that they bear the consequences of their errors. Collectively, we can change the merciless culture of the financial aid office and maybe even consequently prompt them to do their jobs correctly the first time, every time.

The author is a sophomore in Columbia College and the Columbia-Juilliard Exchange studying music and sociology. He is also only a few weeks away from being charged yet another late payment fee for a bill that should’ve never been placed on his student account. He hopes you will show your support/outrage by emailing ugrad-finaid@columbia.edu directly. Feel free to copy redd.ingram@columbia.edu on the email too.