I didn’t get a Senior Wisdom so here it is

I didn’t get a Senior Wisdom so here it is 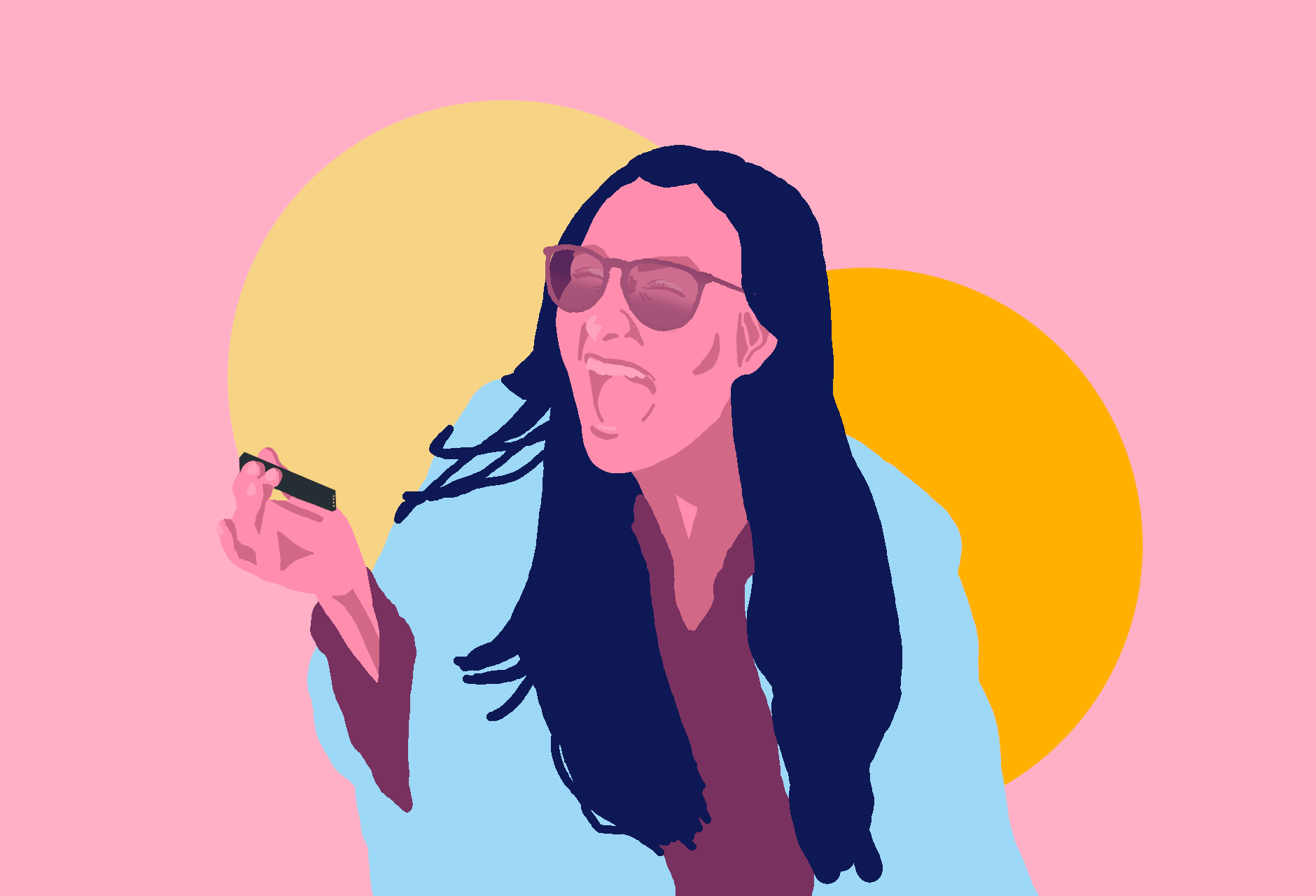 Writing this column for a year was just an elaborate ploy to get a Senior Wisdom, which I did not, in fact, get. Let’s unpack that.

Am I a senior? Yes. Am I wise? Debatable! Am I as relevant as I wished I was? Decidedly not.

I started this column way back way in September, when the AC was still on, the mold in EC was still thriving, and life was simpler.

I couldn't help but wonder if I could make Columbia students take themselves (just a little) less seriously. I decided to quit my bitching and be the change I wanted to see in the world: a Spec columnist that talks about “normal” college things… with a lot of inappropriate humor, a little bit of repressed rage, and the same academic jargon you already know and love. And so, “A Girl and Her Juul” was born.

Worst of all, I am definitely still addicted to my Juul! In this day and age, Juuls are like assholes: Everyone has one. It’s impossible to escape my addiction when I’m still living in the dryer-sheet-and-mint-scented cloud that hangs over the Columbia Bubble like a second ozone layer.

Writing a column that has branded me as “That Girl Who Writes That Juul Column” has also definitely not helped in my efforts to quit this godforsaken USB nicotine addiction. You would think that writing an entire column about how I wanted people to stop asking to hit my Juul would lead to a decrease in people asking to hit my Juul, but that is simply not the case. And apparently: I live to please!

While “A Girl and Her Juul” originated from a place of personal memoir and social commentary, she became a character so much bigger than me. And while that was fun sometimes, at other times, it was not. It’s hard to grow as a person while you’re still beating the same dead Ferris pasta joke over and over again to score cheap laughs from your privileged peers. (Clown music intensifies.)

I can’t say that I didn't enjoy the public spectacle of it all. Reading your fan mail has often been the only thing that has kept me from ending it all. By “ending it all” I mean eating enough JJ’s mozz sticks to induce nuclear diarrhea.

In the spirit of the brutal honesty of “A Girl and Her Juul”—and because this is my Senior Wisdom, remember?—I have one final confession to make before I bust my ass on the tilted bricks of College Walk for the very last time (read: graduate). I never read any of the Iliad. Yeah… like none of it! That’s really a gag, huh? First-year me was really on that beginner’s mind shit.

But my point is: I still turned out okay. I never even opened the Iliad and I’m still gonna get that precious Ivy League degree, just like you!

It doesn’t just take a girl and her Juul; it takes a village. You guys know I had to make that joke, right?

Erin, Caitlin, Lily, Harmony, and Laura: You’re my discourse moms. Everybody take one Juul hit for every iconic edit you’ve made on these pieces. Thank you for taking my writing from Tweets to prose. Your minds, truly so powerful!

Charlotte: Thank you for absolutely killing! the! game! on every illustration. Without you, I would have no clicks. None!

Carolina: Thank you for being the OG inspiration behind my funny girl persona—back in that musty green room where life was a listicle and dinner was a pork bun. You’re the reigning Mr. Spectator forever in my heart.

Aaron, JJ, Priscilla, and Amber: Thank you for endlessly workshopping jokes with me. I would be nobody without your support. I love you all so more than these words can express. I’ll see you at home. :’)

Anna Lokey is a senior in Columbia College studying philosophy. Direct your fan mail, hate mail, or notices of expulsion to ael2177@columbia.edu. If you have ever laughed at her column, you should Venmo her @annae52. A Girl and Her Juul ran alternate Tuesdays.