A contract with Border Patrol doesn’t prevent abuse, it perpetuates it

A contract with Border Patrol doesn’t prevent abuse, it perpetuates it 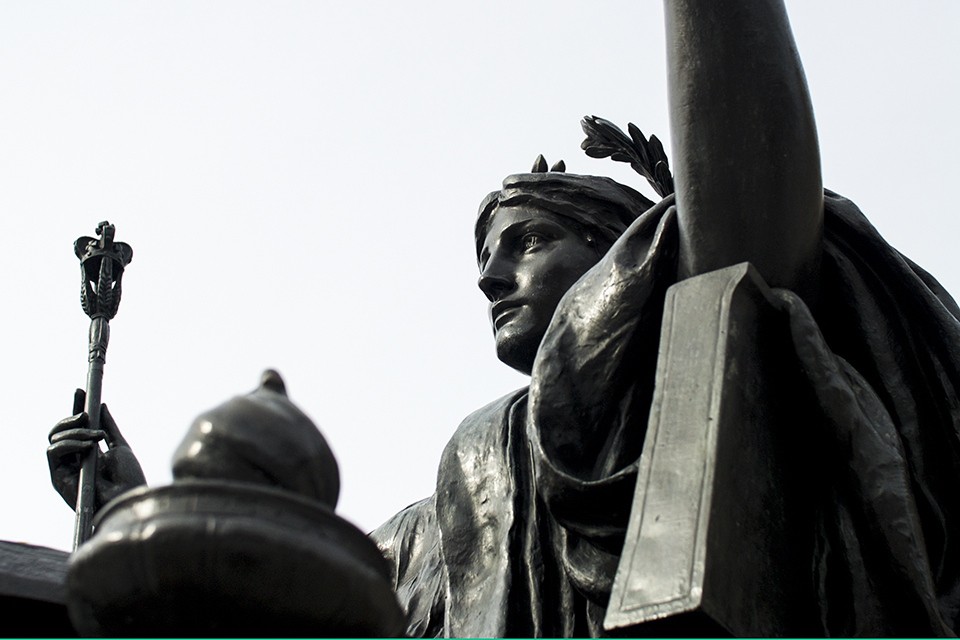 This summer, a couple of campus publications brought to light a contract that Columbia recently signed with U.S. Customs and Border Protection. For a tidy sum of $150,000, the University’s National Center for Disaster Preparednesswill develop “medical protocols for assessing individuals trying to cross our Southern border.” From all appearances, these protocols will mainly be deployed at the short-term federal detention camps and processing centers near the border itself. However, the contract raises much broader questions about medical ethics and the University's increasingly cozy relationship with Border Patrol.

Soon after the story broke, the student group UndoCU launched a petition demanding that the University cut its ties with Border Patrol, citing the concentration camp apologia put forth by the director of the NCDP and placing the contract within the context of Columbia’s insensitive and grossly inadequate approach to its undocumented student community. A similar petition later circulated among University faculty and signed by several department chairs described the contract as a “stain on our conscience” and condemned the decision to normalize CBP’s cruelty by continuing “business-as-usual” relations.

Even though Columbia and its representatives tend to lean on public displays of humanitarianism to shore up the University’s image, the cold, transactional ethic of this contract chafes against easy PR soundbites. It’s not evidence of an act of philanthropy, nor is it a situation in which the profits are being redirected to the organizations and legal clinics currently fighting to close the concentration camps.

Additionally, in 2015, following a successful campaign by Columbia Prison Divest, the University pledged to “divest any direct stock ownership interests … and refrain from making subsequent investments” in private prison corporations. It selected three major companies for divestment: G4S, CoreCivic, and GEO Group. The last two run the lion’s share of long-term detention facilities where migrants are housed by Immigration and Customs Enforcement after being transferred from CBP custody. The noble step to divest from the private prison industrial complex rings hollow when the University profits from federal agencies that almost exclusively subcontract such companies.

Defenders of the contract argue that it provides invaluable short-term humanitarian relief under dire circumstances and that canceling it would only result in further harm to migrants by denying them medical services. This argument presumes that the “protocols” developed by the University could be effectively and humanely implemented. They can’t.

Evidence suggests that competent medical professionals might not make it into these facilities at all. Earlier this summer, GEO Group posted a detention center job listing seeking doctors with only minimal qualifications, far below the normal standards of medical competency to be expected for such a position. More chilling was the section of the listing which described the ideal candidate as one who is “philosophically committed to the objectives of [the] facility.” This concept in medical ethics is known as dual loyalty, summarized as a situation in which a clinician’s duties to their patients are pitted against the interests of their employer.

What is a doctor supposed to do if they suspect Border Patrol agents are commiting physical or sexual abuse against the migrants under their care? How can a doctor fulfill their obligations to child patients in a facility where flu vaccines are prohibited? Medical professionals in such facilities are forced to walk a blurred line between caregiving and complicity. At the extreme end of this spectrum lie medical procedures such as force-feeding, considered a form of torture under international medical ethics policy. Infamous for its use in Guantáάnamo Bay, it’s already being wielded against hunger-striking migrants in domestic detention facilities.

Despite Columbia’s idealistic position, even the most well-meaning doctors hired by CBP or ICE are hopelessly compromised in their ability to provide care. Independent doctors and medical observers–the logical alternative–are largely barred from accessing detention centers.

We generally presume that a medical professional has the ability to act in the best interests of their patients. When they are unable to do so, we must call into question the structural forces that produce this lose-lose scenario, and confront the fact that the rampant abuse of migrants will only end when the camps are closed for good.

Columbia’s contract is grossly negligent not only because it will fail to provide genuine humanitarian relief, but also because it puts many of our student peers at risk. Border Patrol operates with broad powers in any city within 100 miles of the coast, and the footsoldiers of this cult of brutality march far beyond the United States-Mexico migration corridor. By normalizing business relations with Border Patrol, Columbia also plays a role in legitimizing its methods of operation.

News headlines from the past month demonstrate Border Patrol’s growing boldness under Trump, from profiling and interrogating students to deporting them without due process. Both our undocumented and international student peers are affected by these policies, with a growing likelihood that even citizens won’t be spared if they’re the wrong color or have the wrong name.

Well-meaning humanitarian rhetoric disguises our complicity, both in the maintenance of the concentration camps themselves and in the broader web of racist terrorization perpetrated by Border Patrol. The camps’ intended purpose is to subject migrants and refugees to ruthless dehumanization in the form of familial trauma and extralegal punishment. Cruelty is the point. We can’t reform them. By pretending that we can, we run the risk of accepting them as immovable facts, rather than extremely recent and wholly unnecessary innovations in inhumanity.

The University thus far has responded with deafening silence in the face of these criticisms. The only way to provoke accountability and defend our peers is through sustained, organized pressure and divestment campaigns. We can and must hold ourselves and our University to higher standards to address one of the greatest moral crimes being committed domestically by the American government, and we can start by demanding that Columbia cancel its contract with Border Patrol.

The author is a senior at Columbia College majoring in Middle Eastern, South Asian, and African studies.