No longer lonely in la Habana

No longer lonely in la Habana 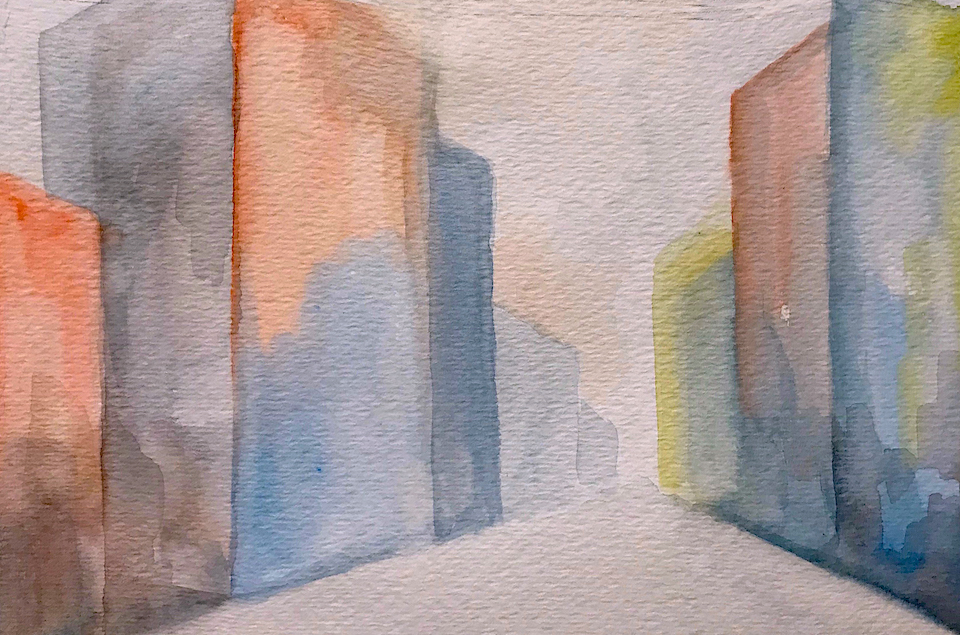 I credit my life as truly having begun the night that I read the last scene of García Márquez’s “Cien Años de Soledad.” It was on that night, for the first time, I felt an overwhelming urgency to be a part of the world outside of what I knew. I was born into a family that had lived in the same region of rural Georgia since the colonial period—and in that time, we had seen our lands transformed, just like the family from the novel. As I read the ending, taking in the destruction of all the rich history of the town of Macondo, I knew that I didn’t want my life to only be settled in rural Georgia. I was determined to be one of the characters that left right before their small town’s eventual fade from human memory—because in the book, as soon as the town learned its purpose, it was magically destroyed.

So when I was 16, no more than a year after I first read the book, I dedicated myself to leaving. In place of registering at my high school, I registered at the university in Augusta, the closest city to my home. I slept on a cot in a relative’s apartment for a year, because I wanted to see and know more. I studied, I worked, and I applied to Columbia. When I was accepted, I felt relieved that I would be a part of a place that would never be forgotten. I wouldn’t have to ever say that I lived my life in one place.

I was the daughter of a single mother, one of five sisters, one of countless cousins, and for the first time, I was alone. There were no relatives, except for an aunt in New Jersey who was too old and too forgetful to be anything more than moral support. The novel that had encouraged me to run this far, to be alone in a city filled with millions of people who didn’t know who I was, hadn’t told me that I would feel some loneliness. It also didn’t teach me the adversity I would face, as a trans woman who was fresh off the plane and looking for ways that she could use the resources around her to better her living conditions.

But still, I learned as I went along where to get what I needed, how much I needed to work to afford to live in New York City, and how to deal with the coldness of being alone. The coldness at first was the same feeling that I got when I finished “Cien Años de Soledad.” It was a feeling of fear that I would be swallowed whole from human memory and drown in my struggles. I found myself wondering why I had run away from the warmth of a small town in the first place. I wondered if I had been wrongly anxious about something that had not happened yet.

So, for two years, this continued. I worked two jobs, I studied, and I did my best to apply myself to a large breadth of things—and I succeeded. I made a way out of no way and in the moment that made me feel powerful, capable. But still I longed to be truly known by those around me. I still felt that comfort had eluded me since I read the book. What I had left behind in my small swamp-surrounded town had become cold itself, with all my friends moving away and only my family remembering me as clearly as they once had. So still, I searched for the elusive feeling.

It was when I studied abroad in Cuba this past semester that I felt the warmth that I can only assume I had been looking for since I was 14. It felt familial, engulfing, inviting, and caring. There were women around me who I initially assumed I would have issues relating to because of our differing backgrounds. But these women took to calling me their daughter or their granddaughter. They would compare me to their family members. They would comfort me and invite me into their world, whether that was smoking Cohibas in their bedroom or going shopping for shoes in Centro Habana.

And now, when I look back over what I was searching for, I realize I’ve found it. I realized that my fear couldn’t be quelled by staying in a small town and it couldn’t be quelled by being one of many faces struggling in a large city. My fear would only be quelled if I found home in the people around me. The Cubans made me feel like I was home, as if I had belonged to them in the same way I belonged to the women of my family. This is what García Márquez was hinting at—not either extreme situation, but that our individual salvation comes from being with others, being loved by others.

Especially now, after a semester of José Marti exposure thanks to the Cubans, I believe that there is less distance in the Americas than I had previously believed. Now, I know that there’s a lot to love because the same spirit carries over from place to place. In the same way that my small, swampy town wasn’t that different to me from García Márquez’s Macondo, the hugs of women who cared for me in Cuba weren’t that different from the hugs I enjoy giving to others. To me, it’s a blessing of self-actualization to feel that truth so evidently, now that I’m no longer facing being forgotten.

Sabina Jones is a senior at Columbia College majoring in English & Hispanic studies. Her column Transatlantic Trade runs every other Wednesday.