Letter to the Editor: It’s time to bring back milk-shaming at Columbia

Letter to the Editor: It’s time to bring back milk-shaming at Columbia 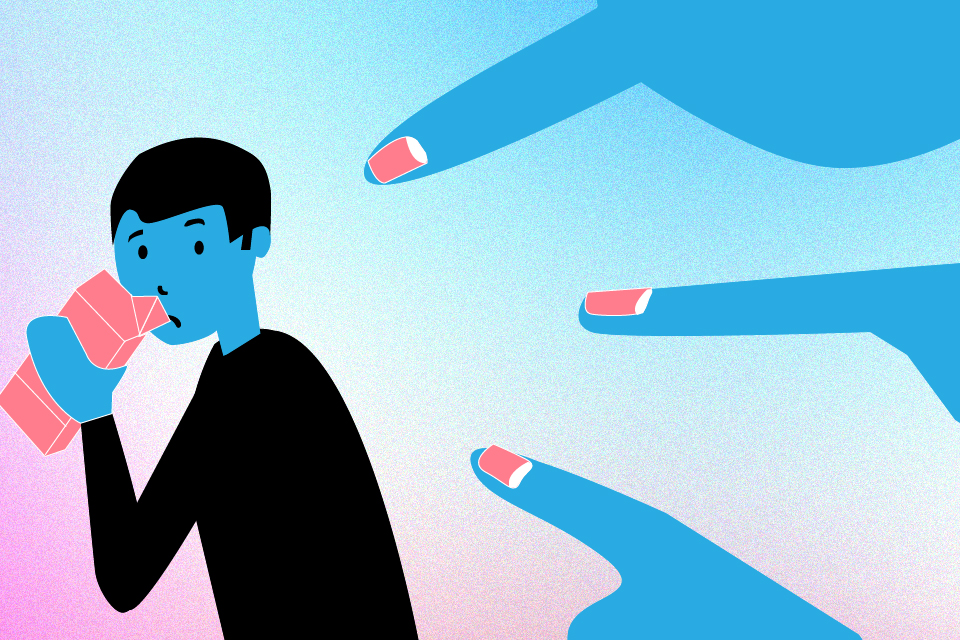 Let me paint you a picture. It’s the second week of your first year. You and your first-semester friends are waiting for John Doe to join you at one of the tall tables at Ferris. You, an intellectual, wait for your made-to-order pasta to cool down before you take your first bite. That’s when you see him. John Doe making a beeline for your table. What’s that in his hand? A lukewarm glass of milk.

You nudge your NSOP friend’s roommate and point to John. Soon, everyone at the table is watching as John sets his milk down on the table. Your NSOP friend’s roommate is the only brave soul to address the obvious offense. John is appalled that someone would call out his beverage choice. He asserts that he’s a healthy person who drinks milk every day, as all healthy people should, of course. This goes on for a while. You don’t speak to John for a whole year because of it, and suddenly you are the bad guy.

That’s right. Milk is making a comeback here at Columbia, and not in a good way. It’s udderly ridiculous, and I will not stand by to watch it happen. Sure, milk can be delicious at times and helps cereal taste a bit better. Harmless, right? Wrong. It’s not about the milk itself; it’s about the message it sends.

If I’m trying to enjoy a nice Dr. Pepper after having my life choices questioned by a Ph.D. student teaching a screenwriting lab, then I should be allowed that privilege. I don’t need John Doe coming in with his big glass of milk and leaving a milk stain on the table to ruin the ambiance. What weird and immediate mood-ruiners milk drinkers are.

Besides, the majority of us are not public milk drinkers and we need to keep it that way. Milk is not a social beverage. There are plenty of options that are both healthy and socially acceptable that could be consumed in public other than milk. The list is literally endless. I’ve looked at the Coca-Cola machines and every option has sub-options!

Drinking milk in a social setting raises a lot of questions. Would they also drink milk at a fancy restaurant? Are their bones very brittle? Do they hate the environment? Do they love the environment but refuse to acknowledge how dairy cows contribute to hazardous methane release in the atmosphere? What percent are they drinking? Does a lower percent make it more acceptable? All impossible questions that would simply be avoided if they drank a normal beverage.

Next time you see someone drinking milk while you and your buds are trying to enjoy a nice soda pop in JJ’s, just go ahead and shame them. They will get over it. And hey, maybe this will help them find love. Countless relationships have been spawned when two people get to know each other while drinking, but zero relationships have been formed when one of them is drinking milk.

Here are some go-to phrases you can use if you see a friend drinking milk in public: “Get out of here, milky!”; “Sorry, I didn’t realize you were a calf.”; “I’m intolerant of your lac[tose] of social cues.” And so on.

If you want to drink milk, that’s fine. But please read the room.

Dylan Dameron is a senior at Columbia College majoring in film and media studies. His comedy web series Quarter-Corn has been featured in Spectator and premiered at the CUFP Film Festival.