Bring back the John Jay piano

Bring back the John Jay piano 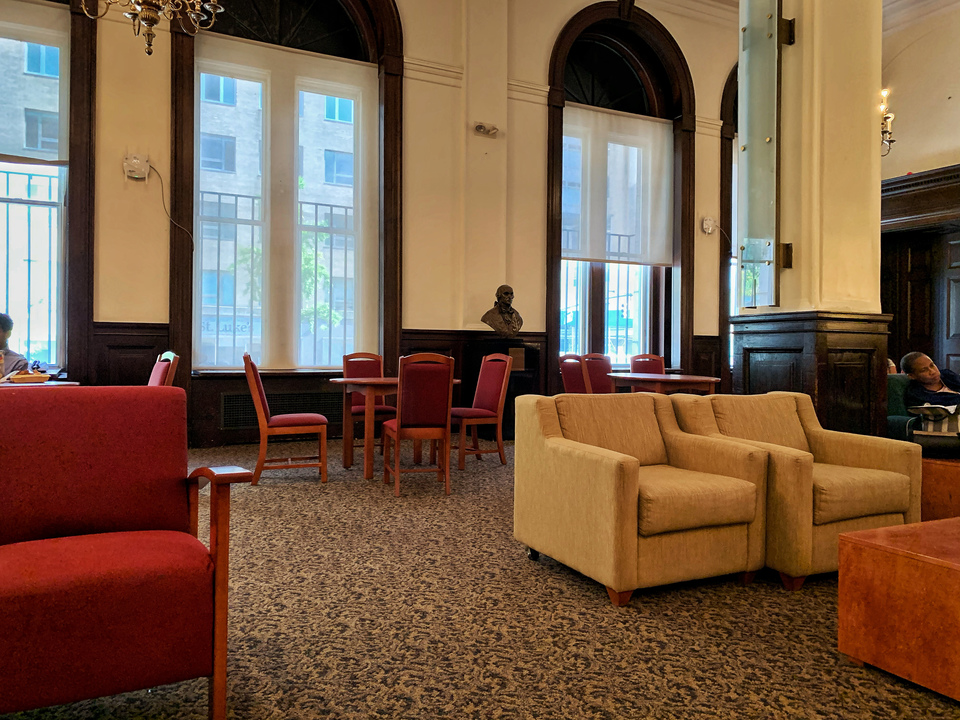 Everyone remembers the chaos of their first few weeks at Columbia. For me, it mostly revolved around the grand piano that lived in the John Jay lounge. The piano was a prime source of bonding; it kindled conversations among musicians and non-musicians alike. Anyone was welcome around the piano, and everyone who sat down to play had a different story to tell through their music. During these first few weeks, the John Jay lounge saw countless jazz jam sessions, impromptu classical performances, and rehearsals. Thanks to its accessibility and visibility, the John Jay piano was a forum for practice, musical expression, and cross-pollination. It allowed for the formation of a welcoming first-year music culture within the first few weeks of our time at Columbia. However, the John Jay piano was short-lived, and the story of its disappearance is a testament to Columbia’s lack of commitment to its student artists.

In spite of the piano’s critical role in the formation of a first-year music culture, it was not universally liked. Rumor has it that people filed noise complaints as some students wanted a quieter place to study and hang out. I even recall times when students had placed forged notes on the piano saying, “broken, do not play.” With that, less than three months into last year, it was taken away with no advance notice or explanation. It was moved to the Broadway Sky Lounge, where it lives today in a space far away and foreign to most first-years.

After the piano was removed, the first-year music culture became decentralized and fragmented. There was no longer a musical common space to bring us together. This incident sparked my desperate search for more spaces to practice and play with other musicians. What I have concluded after my first year is that Columbia severely lacks musical infrastructure to support its undergraduate music population. There are simply not enough practice rooms and rehearsal spaces to support Columbia musicians and allow us to hone our craft.

According to the Music Performance Program (MPP), Columbia offers a total of 14 dedicated piano practice rooms for music students to use. The pianos are often out of tune and broken, and the rooms are small and dingy, with very thin walls. Using them is either a hit or miss—for several weeks of the year, they are unbearably hot and stuffy. Yet, the worst part is that these 14 rooms are meant to serve the 273 students of the MPP. This is a ratio of roughly 19 students per practice room without even considering the students outside of the MPP who use the rooms regularly. Compare this ratio to that of Juilliard (which has a practice room crisis of its own), where a conservative estimate would be around seven students per practice room. Of course, Columbia is not expected to be on par with a world-class music conservatory, but surely it can do better.

Of course, individual practice space is only a piece of the puzzle in fostering a formative musical environment. Any committed music department needs collaborative spaces where students can play with each other. This is the role that the John Jay piano played for first-years, but ideally we shouldn’t have to rely on common spaces where other students study and hang out.

Here at Columbia, the only rehearsal space available at all times is in the Carman basement—and even that is inaccessible to Barnard and GS students. The room has two drum sets, various amplifiers, and an almost unplayable electric grand piano with several broken keys. Beyond that, there are a few rooms in Dodge Hall, which are primarily used for faculty-led ensembles and lessons. They can be reserved, but are rarely available at normal hours. The various lounge pianos (Wien, Broadway, Wallach, Lerner) could all make for decent collaborative spaces, but—as we now know—their frequent use is unpopular and unsustainable.

Clearly, there are a lack of musical spaces necessary to supporting the musical population that Columbia boasts—so what is the solution? New practice rooms and rehearsal spaces would be ideal, but space in New York City is scarce and expensive. If a conservatory-level practice room ratio is out of the picture, then Columbia should work to renovate and update the spaces it already has.

Better sound-proofing, refurbished pianos, and even an online system to see available rooms would make the practice and rehearsal experience far easier and more gratifying. Additionally, the numerous classrooms with pianos in Dodge Hall and Hamilton could hypothetically be converted into rehearsal spaces at night or on the weekends. These updates to the music infrastructure of Columbia are logistically challenging, but ultimately imperative if this institution wishes to create a fulfilling culture of musical development.

Without ample practice rooms and rehearsal spaces to foster individual and collective growth, Columbia is failing its music students. Furthermore, it took away one of the few resources specifically for first-year students, who need it the most. If nothing else, the very least Columbia could do is return the John Jay piano.

Henry is a sophomore at Columbia College and a member of the Music Performance Program. You can find him running around campus, desperately searching for a serviceable piano.