The price of a well-padded paradise

The price of a well-padded paradise 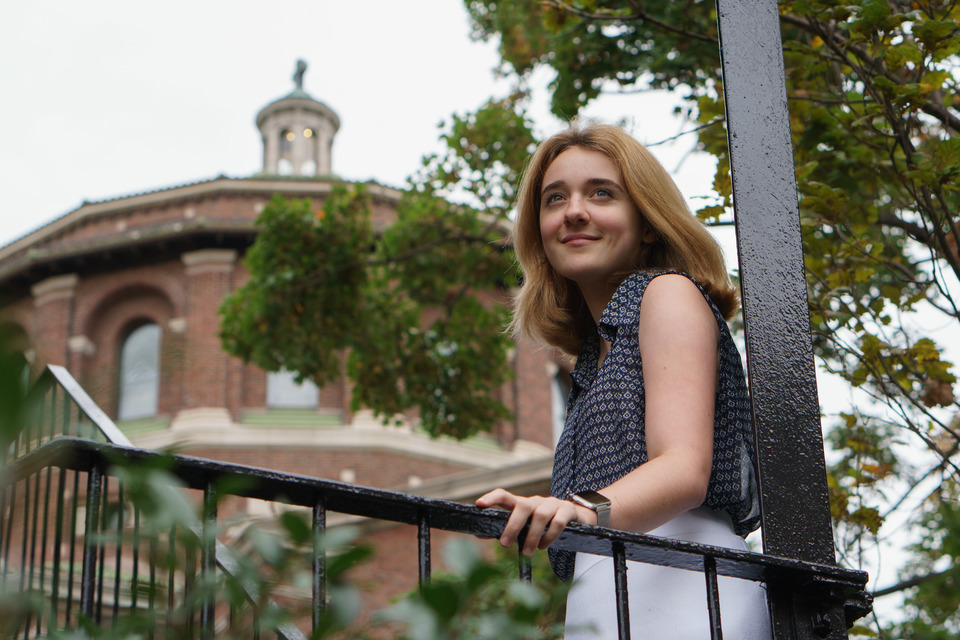 Far from a baptism by fire, college in the U.S. feels like drinking from the firehose.

I spent the first two years of my Columbia dual B.A. program at Sciences Po, France’s premier social sciences university. When new friends ask about the differences between there and Columbia, I don’t know where to begin.

Gone is the mandatory class attendance, the bathrooms missing toilet paper, a library that shutters at 8 p.m. (and is closed on Sundays!). Coming from a university without a gym, housing, or meal plans, Columbia feels like being upgraded from Motel 6 to the Four Seasons. Finally, we “Sciences Pistes” say that we have support—advisers to help us find summer internships, friendly administrators at every turn, and generously funded student organizations.

But as much as we all delight in the “free” food all over campus, and as I revel in the “free” pens and planners and totebags and stress balls accumulating in my room, a nagging feeling tugs at me: Milton Friedman’s famous warning that there is no such thing as a free lunch.

Indeed, Columbia’s much-bemoaned cost—one of the highest in the country—reminds us of the price tag for all these luxuries. My two years at Columbia will cost a whopping five times as much as my two at Sciences Po.

This partly stems from different models of higher education in Europe versus the U.S. In Europe, university education is seen as a government-subsidized public good, and schools limit education to classroom teaching. Here, higher education is a consumer good, with dozens of rankings published annually. Academics are only part of the “university experience.” Admission can be a ticket into an all-encompassing joyride which will envelop every aspect of an undergraduate’s life.

To compete in the rankings battle, universities in the U.S. must impress top faculty and students with better perks, more impressive facilities, and more administrators to handle anything outside the classroom. This adds up to a skyrocketing tuition. Yet, there may be a less obvious ramification to cushioning every aspect of student life—less growth and maturity from struggle.

Sciences Po was not a warm and fuzzy environment. It was established after the humiliating defeat of the Franco-Prussian War to train coming generations of French political leaders (seven of the last eight French presidents were alumni). For incoming students, it was sink-or-swim. As 18-year-olds, we were expected to do it all with no institutional help. You had to find a place to live, pay your bills, cook, clean, and find a doctor, all while adjusting to a new city, making new friends, and learning a specific and demanding academic regimen.

We complained and wanted more help, but there was little choice but to grow up and rise to the occasion (or drop out). In hindsight, we gained something by being in a place that encouraged struggle—and permitted failure (which, incidentally, was not so stigmatized).

What is the ideal balance between eliminating obstacles to student success versus insulating them from struggles that may lead to growth? It's a difficult question in the consumer good model of education. The response seems to be that top universities will address every problem in a student’s life, responding to student demands and preferences. Should they? Are we consumers?

I don't have an easy answer. After two years in a frugal system aimed at winnowing the wheat from the chaff to identify future leaders, it is paradise to arrive in an environment focused on maximizing the individual potential of every student. It feels like having lived on a strict diet for two years and suddenly being faced with a buffet that has every cuisine represented.

But with Columbia’s tuition and costs at a record high, the more Spartan European higher education model has its advantages. The bare-bones level of support eliminates any coddling and cultivates self-sufficiency, maturity, and healthier attitudes toward failure in students. The post-college world has no helpful administrators ready to snow plow every path. In fact, if they are French administrators, they will instead likely erect barriers. University isn’t like summer camp, and developing non-academic life skills is arguably just as essential for success as keeping up your GPA and securing your next internship.

Ultimately, I think that the French model of forced maturity (that definitely came at the price of some suffering) has been a real advantage. However, I’m still excited by the 3 a.m. pancake runs.

Blythe Edwards is a junior in the dual B.A. program between Sciences Po and the School of General Studies, majoring in political science. She also writes for the Spectator’s Discourse & Debate. You can reach her at bee2116@columbia.edu.