Don’t ask me if I work out; ask me why

Don’t ask me if I work out; ask me why 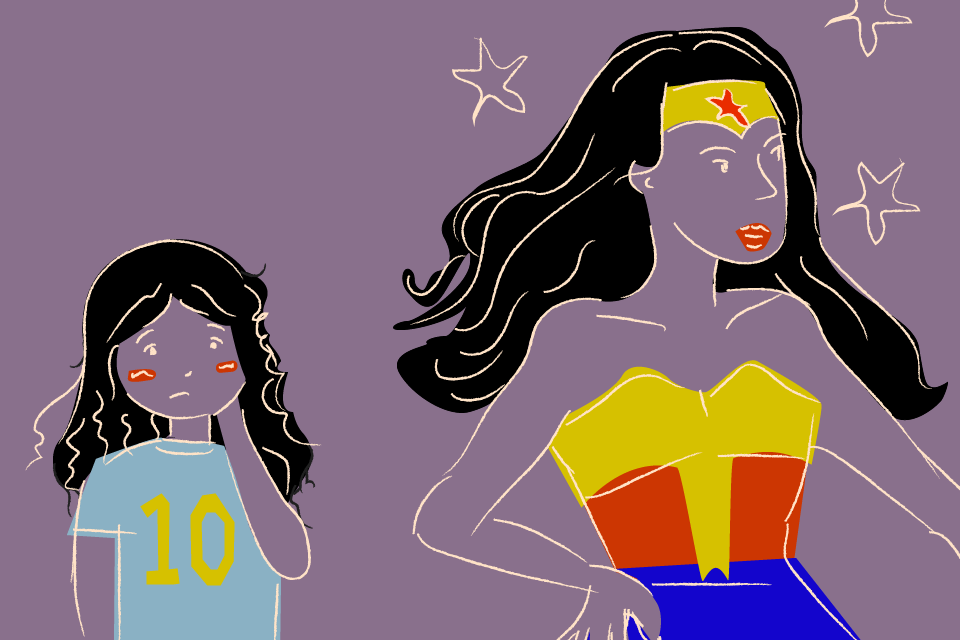 I don’t do yoga, but that’s usually what I tell people if they ask. I’m not flexible, nor do I have much balance or endurance, but the real reason I don’t do yoga is because while I do it, I cry. Same with group runs, tai-chi, kickboxing, or weight lifting. My mother has witnessed me sob while doing crunches, and at my dad’s physical therapy practice, I have to take bathroom breaks so that his employees don’t see me cry while they’re telling me about my spine alignment. Yes, I exercise, but my ideal gym is a silent barge floating away on the upper Hudson with only the ghosts of oysters to keep me company. If you catch me exercising, kindly move on after I Men in Black your ass. This is a review of 47 Claremont’s basement gym: It’s surprisingly private.

When I was a little kid, my dad used to forward me pictures of workout plans called “Super Heroine Workouts” that featured Wonder Woman, Captain Marvel, or Black Widow doing bodyweight exercises to encourage me to get in shape. While I thought it was fun to try them out, I was completely crushed by the fear of anyone hearing me doing jumping jacks from downstairs. I was petrified of someone walking into my room and seeing me on the floor, wearing a too-tight sports bra, staring at the ground, sweating. I didn’t feel like Wonder Woman, I felt like a sausage. If I exercised enough, then maybe one day I could feel like her. But until I could look like Wonder Woman, how could I do justice to the fitness plan that bore her name?

I don’t like working out around people because it feels inherently shameful to show everyone how much effort you’re putting into yourself. Like plenty of folks, I carry shame about my body and logically want to improve my physicality and Be My Best Self™. However, it seems ridiculous that flaunting it around in all its glorious clumsiness will somehow improve my self image. It feels like my insecurities and flaws don’t belong in the world of exercise. Yet, that never detracts from the fact that they’re put on display every time I’m in the gym or on the jogging path in Riverside. Yes, I fear my peers sneering at me doing modified push-ups or lifting 5 pound weights in Dodge, but worst of all, I fear their disappointment in thinking that I exercise because I want to change a part of myself. Even though exercise is good for you, many of us associate it with thinking that we’re not good enough.

My discomfort boils down to an emotional nakedness I feel while exercising. All it would take to trigger my tears would be someone catching me working out and asking a one-word question:

On my worst days, the answer is not, “I enjoy it.” It’s not even “It’s for me.” It’s for you. I’m throwing my horrifying skeleton around so retail stores will let me wear dresses, waiters will stop saying “somebody’s hungry!”, and people will leave me alone. I tell myself to work out because I want to be better, but a lot of the time, it’s because I just want to be accepted. And so, I lift the stupid weights, and run the stupid run, and jump the stupid jacks. Therefore, when I’m surrounded by folks who look like they have more of a reason than me to care about their bodies, it’s downright humiliating, to be honest about my reason for exercising:

I was trying to explain this concept to my mother last week. While exercising, I exist in the grief that I must commit hours of hard labor to earn a place in other peoples’ world. I’m intimidated by the people around me who all seem to be begging me to either be the queen of fitness or to exit the arena. And deeper than that, the reason for busting my ass would be because of self hatred, not self love. Maybe solving this shame could be as simple as finding another gym. I don’t know. I expected my mother to chastise me, but instead, she started tearing up. She said, "No one has to exercise. I’m just upset that you’re unhappy.” Her words shocked me, but she was right. I was unhappy.

I don’t like exercise because I hate the fact that others want me to change, but underneath that stubbornness, I’m also ignoring the fact that I deserve to feel better about myself in the first place. I went down to my dorm’s gym that day, expecting to be terrified all over again. To my surprise, it was like a ghost town. While on the treadmill in the silent room, I was able to actually hear myself breathing and … it was nice.

My favorite part about Claremont’s gym is that it’s absolutely empty. There are two treadmills and one elliptical in an abandoned corner of the building. The privacy has been helping me find out what exercise means to me, and to me alone. I usually just pretend I’m running up the hills in The Sound of Music, or getting my anger out while listening to The Daily. If my insecurities want to come with, I let them. There’s plenty of room. I’ve found myself in a much happier place after giving myself permission to take care of myself on my own terms. I’m not Wonder Woman; I’m just Emma. Why do I exercise today? It’s because I’m a little healthier now than I was before—and that’s absolutely it.

Emma Gometz is a junior at Columbia College studying evolutionary biology of the human species. She is very possessive of the Claremont gym, and her fellow Clare-bears have asked her to tell everyone to NOT start coming to this gym. They like it private too, so find your own! Ask her about the origins of monogamy in non-human primates or Tostitos Scoops at elg2167@columbia.edu. Food, Fear, and Filth runs alternate Thursdays. To respond to this column, or to submit an op-ed, contact opinion@columbiaspectator.com.