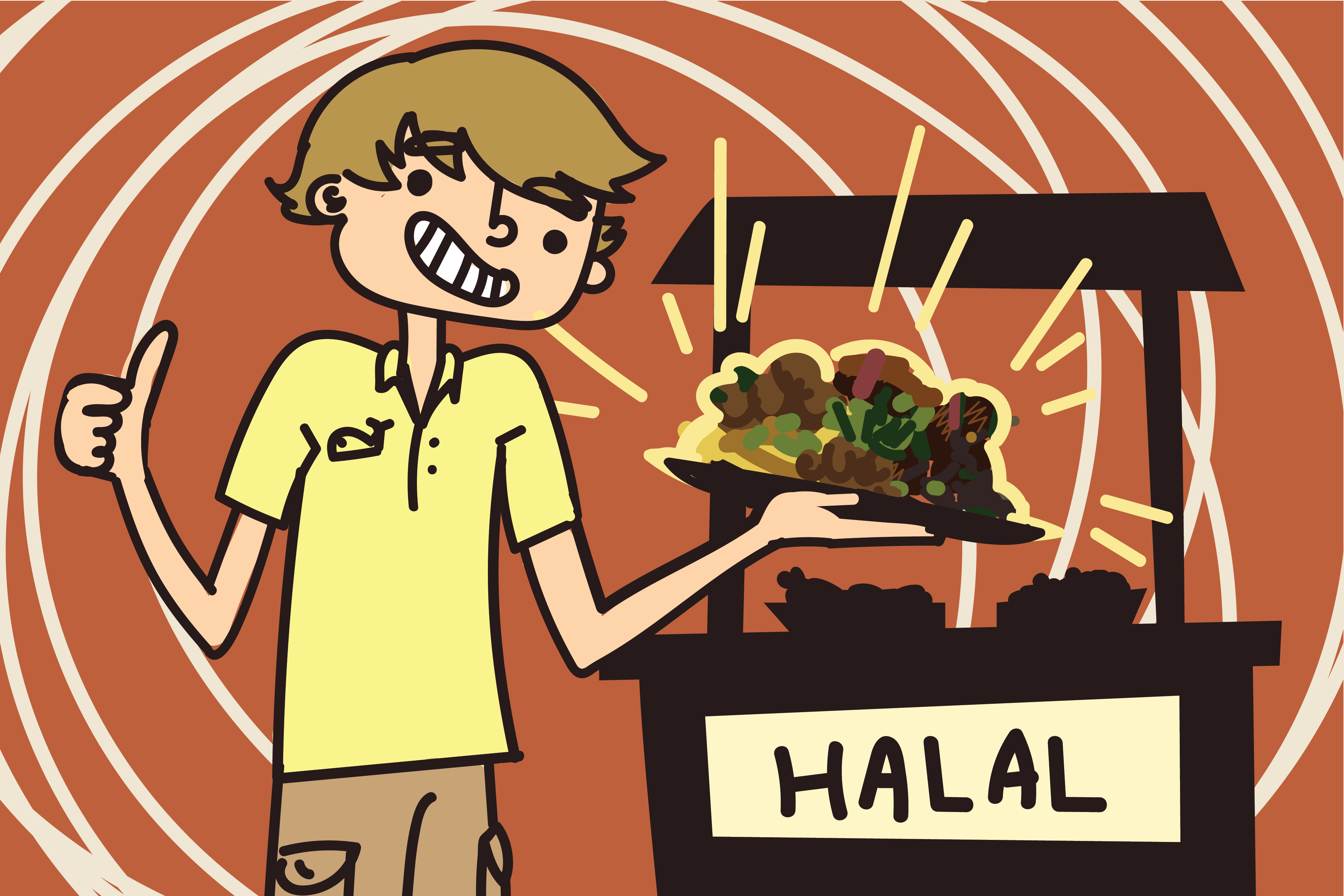 In what comes as a surprise to his friends and family, Westchester native Ethan O’Malley has decided to observe a strict halal diet.

Ethan, who has been eating every single meal from the John Jay halal station, has not previously expressed any desire to engage with Islam.

“The line for the halal station is like, way shorter. It’s so sick,” said Ethan, who skipped his Contemporary Civilization class on the singular day they discussed the Qur’an.

Ethan has been quick to label himself as an ally to those who observe a halal lifestyle: “Look, I like halal food, and I’m not afraid to say it.”

“I guess you could say being a Muslim is pretty hype,” said Ethan, who has not once come close to knowing what it’s like to be a Muslim on campus or in America, nor ever will.

“We’re proud of him for being open-minded,” said Ethan’s mother. “But we are a little confused.”

In John Jay, the halal station is unrestricted and does not require a special dining plan, allowing allies like Ethan to fully express their support.

“You always hear about how Muslims face like racism and prejudice and stuff, but I haven’t experienced any of that,” said Ethan, who identifies as both Scottish and Irish.

At the time of publishing, Ethan was seen directing members of his a cappella group, his frat, and the Columbia baseball team to the halal station. It was confirmed shortly afterward that the station was, in fact, out of food.

Venice Ohleyer is a junior in Columbia College majoring in creative writing from Brooklyn, New York. You may have seen her performing comedy on campus or because she has a really bright rainbow backpack. She also believes that moats should be built around the halal and the gluten-free stations in John Jay. Venice can be reached at vko2103@columbia.edu or via Instagram or Twitter.